On the night of April 14 – 15, 1912, the RMS Titanic hits an iceberg in the Northern Atlantic ocean and sinks. 1,517 lives are lost. According to witnesses, as the Titanic went down, its captain, Edward John Smith, shouted to his crew: “Be British, boys, be British!” 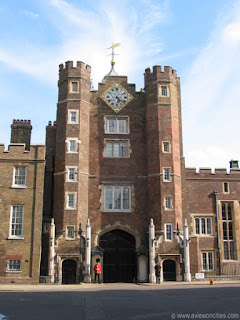 One of the first stops on our London and Waterloo tour will be a stroll through the St. James’s area of London. Here’s a bit of history:

St James’s was once part of the same royal park as Green Park and St. James’s Park. In the 1660s, Charles II gave the right to develop the area to Henry Jermyn, 1st Earl of St Albans, who proceeded to develop it as a predominantly aristocratic residential area with a grid of streets centred on St James’s Square.

St James’s takes as its borders Piccadilly, Haymarket, the Mall and Green Park. This part of London became the centre of fashion in the 1530s when Henry VIII built St James’s Palace on the site of St James’s Hospital, a former leper hospital. The palace was one of the principal royal residences for more than 300 years and continues to be the Court’s official headquarters. Foreign ambassadors to the UK are still known officially as ‘Ambassador(s) to the the Court of St James’.

Until the Second World War, St James’s remained one of the most exclusive residential enclaves in London. Famous residences in St James’s include St James’s Palace, Clarence House, Marlborough House, Lancaster House, Spencer House, Schomberg House and Bridgewater House. It is now a predominantly commercial area with some of the highest rents in London and, consequently, the world. Corporate offices in St James’s include the global headquarters of BP and Rio Tinto Group. The auction house Christie’s is based in King Street, and the surrounding streets contain a great many upmarket art and antique dealers.

St James’s is also the home of many of the best known gentlemen’s clubs in London, and is sometimes, though not as often as formerly, referred to as “Clubland”. The “clubs” found here are organisations of English high society and include White’s, Boodle’s and Brooks’s Clubs. A variety of groups congregate here, such as: royals, military officers, motoring enthusiasts, and other groups. In 1990, the Carlton Club, traditional meeting place for members of the Conservative Party, was struck by an IRA bomb. In a similar vein, the area is also home to fine wine merchants Justerini and Brooks and Berry Brothers and Rudd, at numbers 61 and 3 St James’s Street respectively. Adjoining St James’s Street is Jermyn Street, famous for its many tailors. St James’s is also famous for being home to some of the most famous cigar retailers in London. At 35 St James’s Street is Davidoff of London, 19 St James’s Street is home to J.J. Fox and 50 Jermyn St has Dunhill; this makes the area a Cuban cigar haven.

Also once located in St. James’s was Almack’s Assembly Rooms in King Street, about which we’ll be blogging tomorrow. Visit the LondonTown page for St. James’s Street for an in-depth look at everything in the area today. 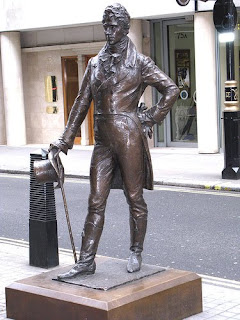 The statue of Brummell by Irena Sedlecka was erected on London’s Jermyn Street in 2002. 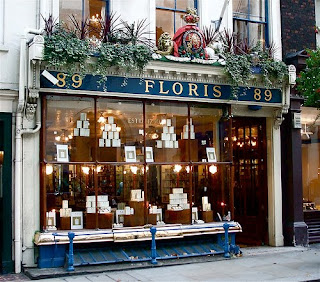 Can it be true that London’s Jermyn Street is going the way of the dinosaur? It looks as though one of the most historic streets in St. James’s will soon be getting a facelift that will have Prince Charles, and the rest of us, up in arms. Filled with iconic shops and period buildings, the eastern end of Jermyn Street will soon be regenerated into the “St James’s Gateway,” complete with, as a press release puts it, “a striking new Eric Parry designed frontage along Piccadilly.”

Heloise Brown, conservation adviser for the Victorian Society, said: ‘That this corner of Piccadilly has a slightly run-down air is not in dispute, but demolition is not the answer. These buildings certainly need renovating and cleaning; they could even be extended as unusually for central London there is space behind them; there could be improvements in the street furniture, shop fronts and signage. All of this would make the properties more attractive to tenants without the needless destruction of eight historic buildings.’

Good for Heloise. You can read Michael Bywater’s pithy take on the subject here.

Guernsey Post has put an unusual twist on stamp collecting with its latest new issue, a set commemorating the 150th anniversary of the birth of Sir Arthur Conan Doyle, the creator of Sherlock Holmes. The Guernsey Post also sponsored the writing of a new mystery story called Sherlock Holmes and the Curious Case of the Alderney Bull, written specifically to provide material for a set of six carefully drawn stamps.

You can read the entire article here. 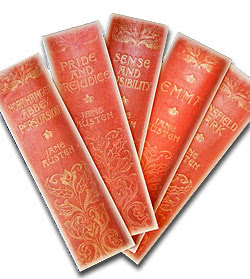 The giftshop at the Jane Austen Centre Online has a new range of book themed items, including mugs, notecards, magnets and the book marks show above. You must know someone with a birthday coming up.