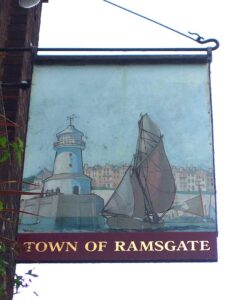 The first pub on this site was established during the War of the Roses (1460’s.) It was called The Hostel. The street numbers changed over the years, but the site was always home to a pub under various monikers. In 1533 it became known as The Red Cow, supposedly in honor of a barmaid with flaming red hair who worked in the establishment. At some point it was the Prince of Denmark, no idea why. In 1766 it was renamed the Ramsgate Old Town and eventually in 1811 it acquired its present name – the Town of Ramsgate.

Why the Town of Ramsgate, you ask? Good question, and I have a slightly nefarious answer. Sailors from Ramsgate in Kent landed their catches at the Wapping Old Stairs, next to the pub, in order to avoid the river taxes charged further up the river at the Billingsgate Fish Market. It is debated whether the pub was named to attract the fishermen or if the fishermen named the pub after their own safe harbor. Either way the harbor at Ramsgate as seen in 1850 graces the pub sign now and is etched into the mirror at the entrance to the pub today.

Now about those stairs.

Those stairs led up to the execution docks where prisoners of the Admiralty Courts were hanged on short ropes for their crimes. Why short ropes? Because short ropes took longer to finish the deed and patrons of the Town of Ramsgate often stood outside the pub to watch and cheer. Most of these prisoners were convicted of smuggling, mutiny or piracy. Not all pirates were hanged. If one looks today one can see the chains where pirates were locked on the stairs waiting for the rising tide to come in and drown them.

The stairs were depicted to great fame in the works of Rawlinson (cartoons) and Dibden (poems.)

Many returning sailors arranged to meet their sweethearts at the Wapping Old Stairs when they returned from the sea. This aspect of the history of the pub and the stairs is commemorated by the verse on the wall of the pub.

“Your Polly has never been faithless she swears, since last year we parted on Old Wapping Stairs”

The Town of Ramsgate shares a great deal of its history with the lives of England’s sailors. Many a drunk would wander from the safety of the pub to be pressed into service in the King’s Navy.

The pub’s cellars served as jail cells for convicts who were set to be deported to Australia.

Legend has it Captain Bligh and Fletcher Christian had their last drinks before setting sail on their ill-fated trip to Tahiti at the Town of Ramsgate in 1789. Likely true, as it is documented this is where Bligh and his voyage sponsor Sir Joseph Banks met at the pub to inspect the Bounty before purchasing it for the voyage. 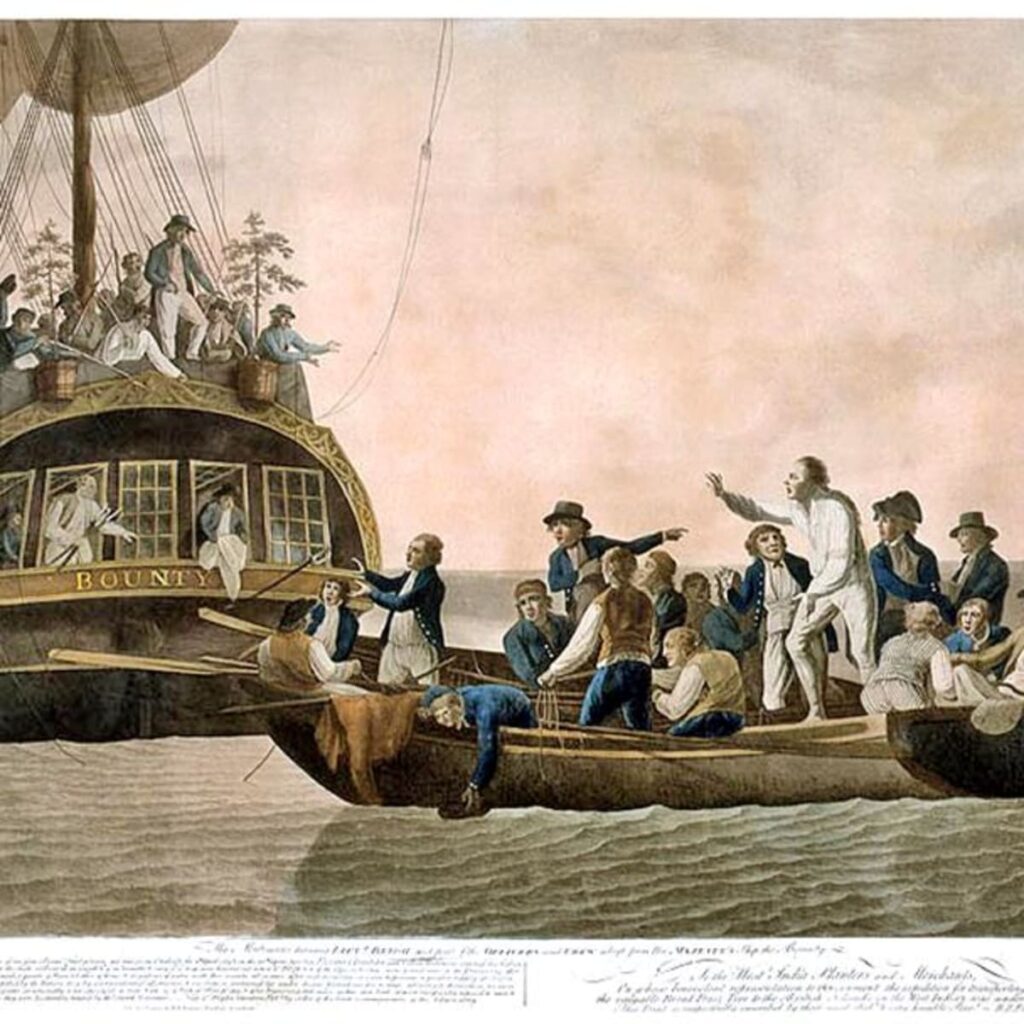 These days the pub is only known for lively arguments on quiz night. 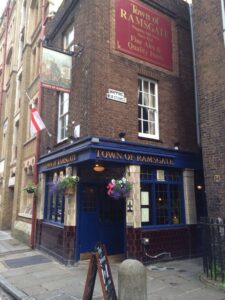 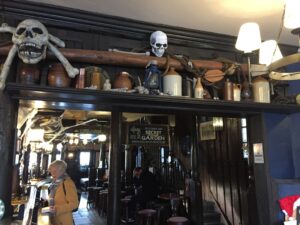 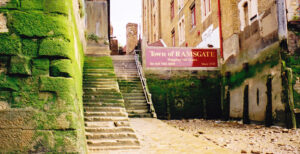 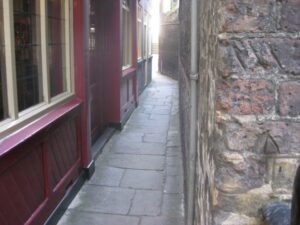 Should you decide to explore the alleyway to the side of the pub that leads to the Wapping Old Stairs you might encounter the local ghost, a ghost the Thames Police have reported seeing to this day. Judge George Jeffreys, 1st Baron Jeffreys, (15 May 1645 – 18 April 1689) rose to prominence during the reign of James II. He became Lord Chief Justice and eventually Lord Chancellor. His loyalty to the king was without question. However, after Monmouth’s Rebellion in 1685 he was sent to the West Country to conduct the trials of those rebels who participated in the rebellion. He gained a reputation for his abuse of the attorneys of the accused, his sometimes biased application of the law and his tendency to hand out death sentences like drinks at a political rally. He became the most feared and hated judge in England.

After James II fled England and William and Mary ascended the throne, Jeffreys waited to long to follow his king to the Continent. In 1688 he disguised himself as a sailor, shaved his distinctive bushy brows, and waited at the Town of Ramsgate to catch a ship. Unfortunately, a victim of his cruelty – either an accused rebel or an attorney for same recognized the judge. He was captured by a mob at the Town of Ramsgate and narrowly missed being hanged at the top of the Wapping Stairs. He was taken to the Tower of London and died there of kidney failure in 1689.

It is said his ghost can be seen leaving the pub and trying to take the stairs down to the docks to meet the ship he missed, ever looking over his shoulder in search of the angry mob that captured him so long ago. 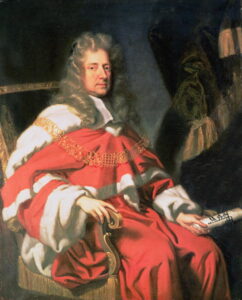