Skip to content
Victoria here.  People often ask me what I recommend for their visits to London.  I always answer, if they are in search of the English Regency, Sir John Soane’s Museum in Lincoln’s Inn Fields.

Sir John Soane (1753-1837) was a brilliant architect and teacher. The Museum is in his house and classrooms, so you will get a taste of a wealthy (but not aristocratic) residence, in addition to all of Sir John’s collections, used for the instruction of his architecture students. 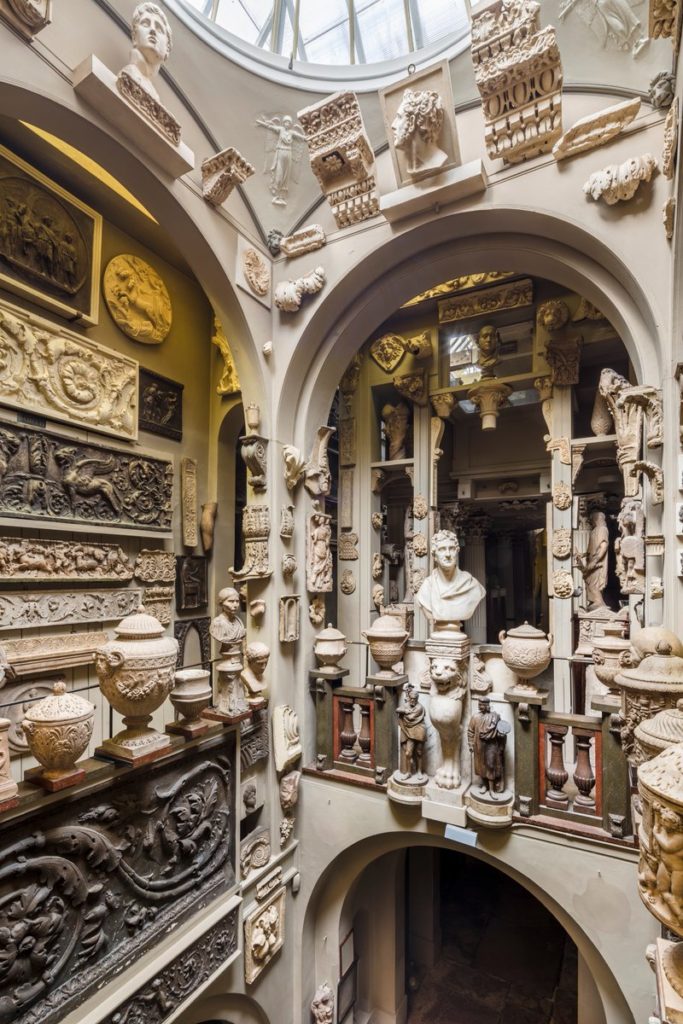 The bust of Sir John Soane in the center of the picture above was sculpted by Sir Francis Chantrey (1781-1841). The Museum is comprised of a rabbit warren of rooms, each one chock-a-block full of architectural specimens, art and Soane’s various and varied collections. 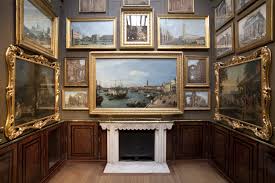 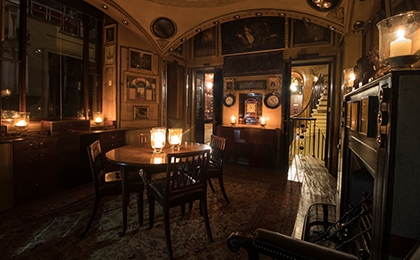 Sir John began his career working for architects George Dance and, later, Henry Holland.  He traveled to Italy to study and came back to London to begin his own practice, in which he prospered, often doing projects to expand, remodel and modernize the country houses of the wealthy. An example, below, is Moggerhanger House in Bedfordshire, finished in 1812 and updated as a conference center in recent years. More information is here. 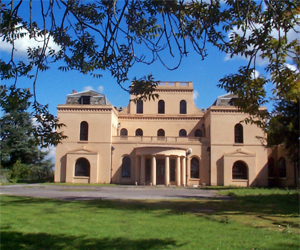 Sir John Soane’s Museum shows several rooms in which his family lived, and I have always found the Drawing Room amusing.  It’s very brilliant shade of yellow that  was very popular during the Regency, as evidenced in a number of country houses (such as Goodwood House). 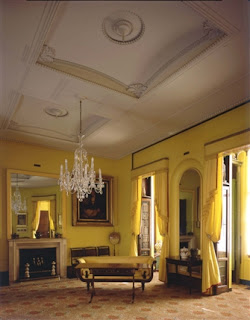 Whether you visit on a sunny or a rainy, gray day, this room will be cheerfully bright. The dining room is an equally vivid crimson, also a popular color for walls in the Regency. 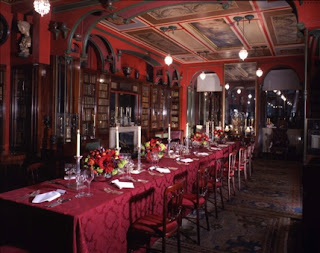 Sir John Soane’s Museum also has gallery space for small, very selective exhibitions related to Soane’s era and interests. I recommend browsing the shop on the website for Museum publications. One of my favorites is The Soanes At Home: Domestic Life at Lincoln’s Inn Fields, from 1997.  It’s full of pictures, copies of receipts and invoices and all sorts of fascinating information about life and household management in the early 19th century. 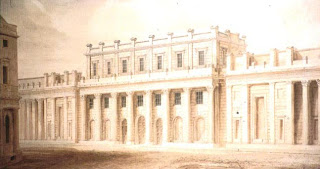 Above, Soane’s drawing of the Bank of England as he rebuilt it in 1814;  since then, it has been remodeled and enlarged so that little of his work is evident today, except in portions of the interior.  The Museum houses a collection of more than 30,000 architectural drawings by England’s finest architects, as well as Soane’s sketchbooks, business records and other valuable research and archival material. 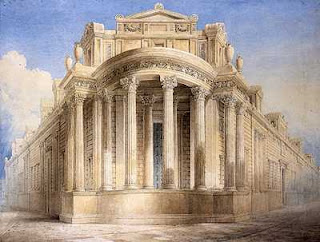 Above is a drawing by J. M. Gandy of Tivoli Corner, part of Soane’s Bank of England, now remodeled. 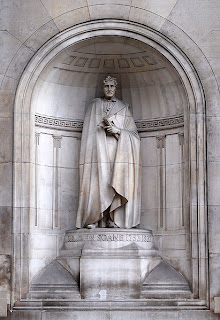 Above, a statue of Sir John Soane in the Bank of England, where he is honored even though they changed his designs beyond recognition. Soane left the buildings of his Museum and his home to the nation as a resource for training future architects.
We’ll be visiting the Museum in September, as part of the itinerary of Number One London’s Town and Country House Tour – you’ll find further tour details and the full itinerary here.