The Wallace Collection, located in what was Hertford House in Manchester Square, named after the Duke of Manchester, who built a house (then called Manchester House) on the north side in 1777, attracted by the good duck shooting in the area. In 1797 the 2nd Marquess of Hertford acquired the lease and it became known as Hertford House.

In the 19th century it was home to Sir Richard Wallace (1818–90), illegitimate son of the 4th Marquess, who displayed much of the Hertford family’s fabulous collection of fine and decorative arts here. In 1897 Lady Wallace left it to the nation as the Wallace Collection. You will find a short, introductory video by the Museum’s director here.

Hertford House today is a rare example of a London town house occupying the whole side of a garden square. Inside, the grand staircase, above, features a Louis XV balustrade that was made between 1733-41 for the Bibliotheque du Roi in the Palais Mazarin in Paris, being sold as scrap iron when acquired for Hertford House. Imagine! 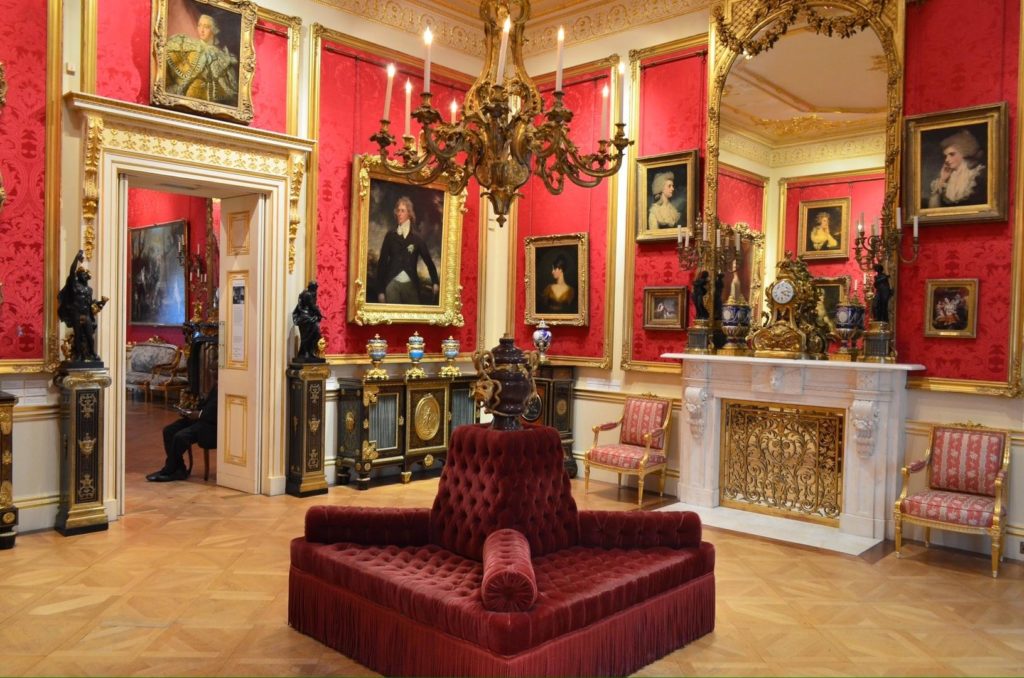 Some of the rooms still retain the look of an elegant town house.  Above, the Front State Room holds portraits of royals and gentry.  On either side of the fireplace, the portraits are by Sir Joshua Reynolds (1723-1792), on the left is Lady Elizabeth Seymour-Conway, and right, Frances, Countess of Lincoln. 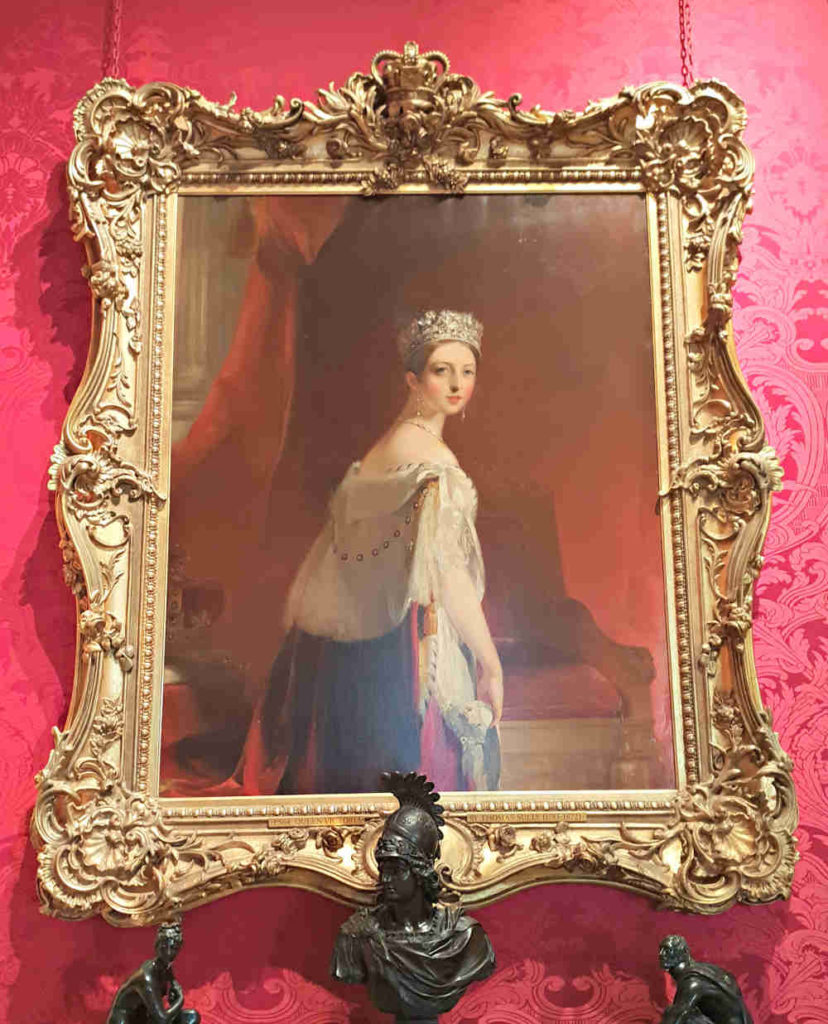 Also in this room is a portrait of Queen Victoria by Thomas Sully (1783 – 1872), showing Victoria in her coronation robes, looking very young (she was nineteen) and lovely. 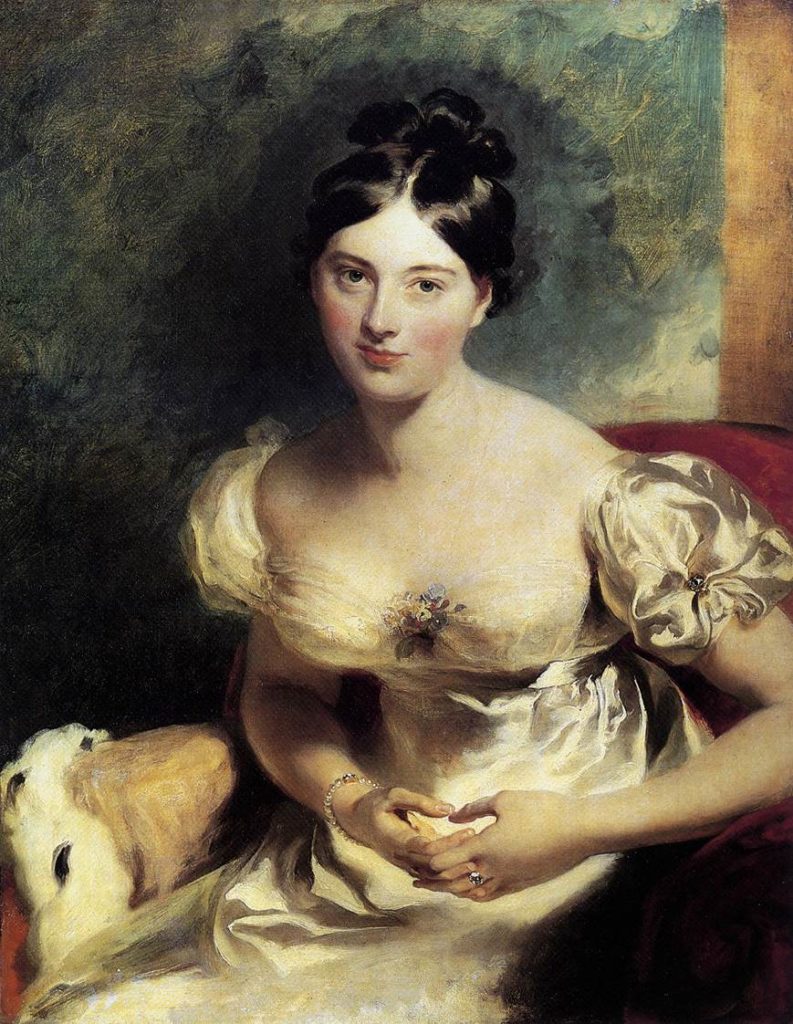 In fact, this one room is singular in that it contains so many of the iconic portraits known to Regency aficionados. For instance, Sir Thomas Lawrence (1769 – 1830) painted this stunning portrait of Margaret, Countess of Blessington, in 1822.  Margaret (1789–1849) led an interesting life, marrying twice. She was an intimate of the Count D’Orsay and a friend of Lord Byron.  She herself earned her living by writing for a time, but died in Paris, almost without funds. 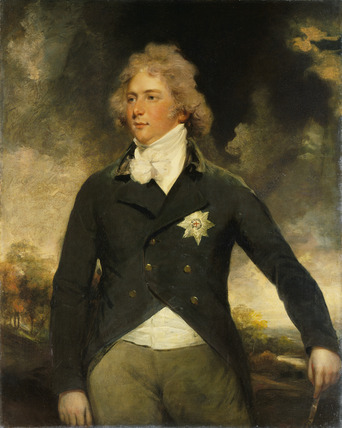 If all this sounds incredibly confusing, welcome to the complicated story of the Seymour-Hertford family, their fantastic town house, their incredible art collection, and their involved relationships! Read more here.

Elsewhere in the Collection are further often seen portraits – 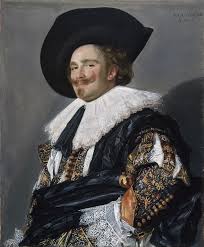 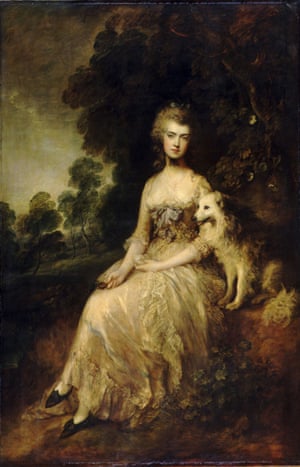 Gainsborough painted Mary Robinson as Perdita, the role she played in Shakespeare’s A Winter’s Tale. The Prince of Wales saw her on the stage and fell in love, his first rather public affair. Mary holds a miniature of him in her hand. 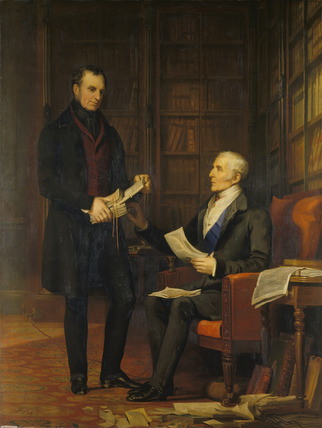 The Duke of Wellington with Colonel Gurwood at Apsley House

(working on the Despatches), by Andrew Morton.

However, the Wallace Collection is so much more than paintings. 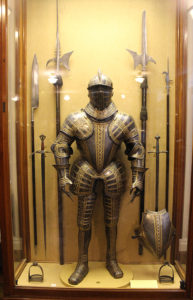 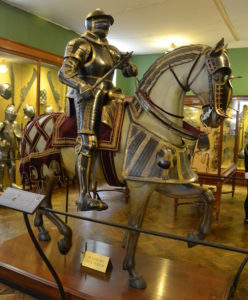 There are two huge rooms displaying arms and armour from around the world. 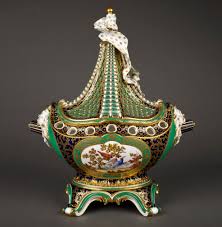 amongst many other things. 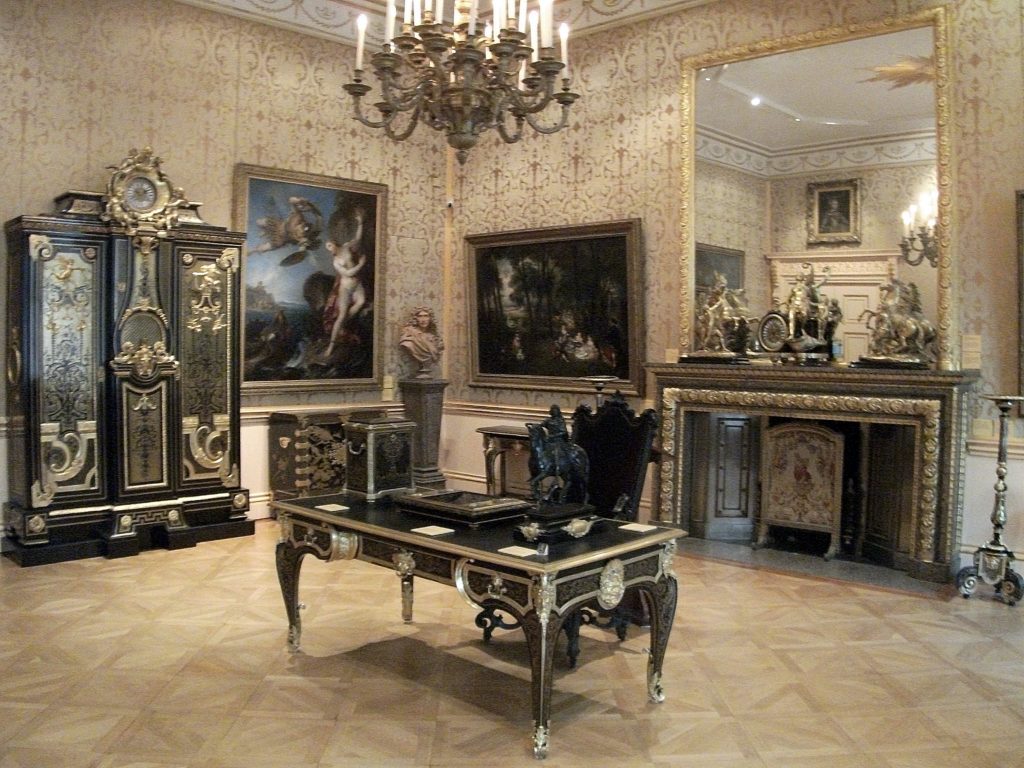 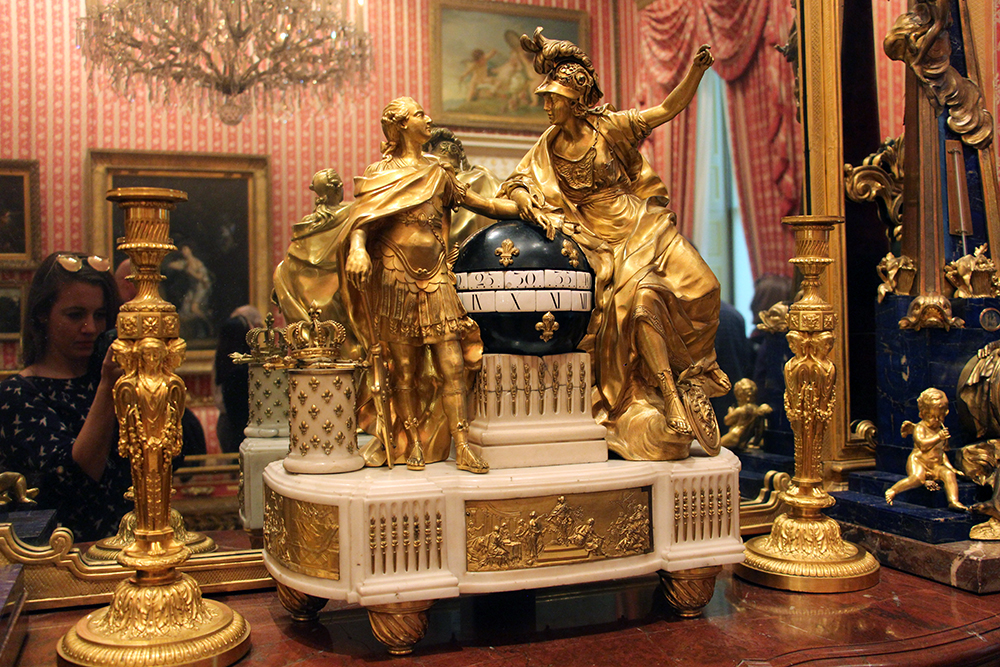 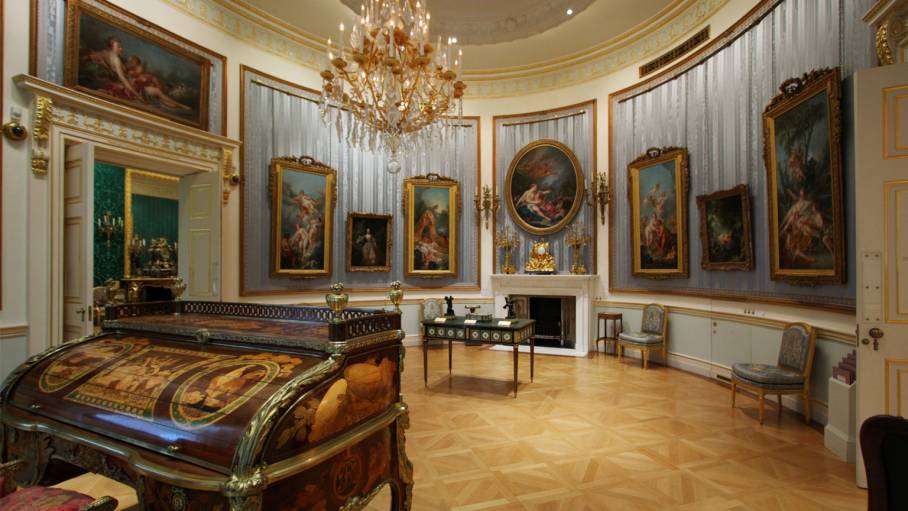 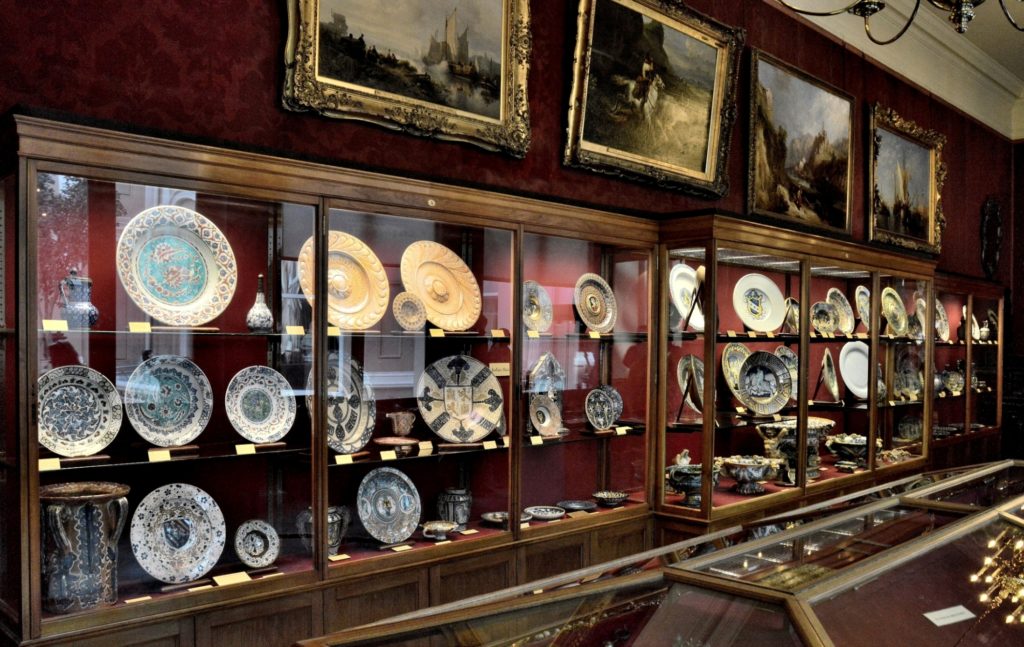 A visit to the Wallace Collection is on the itinerary for Number One London’s Town and Country House Tour – details and full itinerary for the Tour can be found here.

Reproduction prints of many of the paintings featured above can be purchased directly from the Wallace Collection.