While we were in Windsor after the tour Kristine, of course, came down with the usual malady she suffers through on each of her trips over. Thank goodness it waited to arrive until after the Tour was finished. While she lay dying in bed at the hotel,  I trotted off to see a few Windsor sights I had missed on previous visits. Nothing like a good friend in need, I thought.  But to tell the truth she was in no mood to be either entertained or conversed with. The best thing I could do was let her sleep!!

One place I was eager to see was the special area in the Windsor and Eton Railroad Station that had been reserved for the use of Queen Victoria and her attendants back in the day.

I had long heard it was in the station, but where?  That station has been turned into shopping mall — which we had visited to enthuse over the Jo Malone shop — a favorite of both of us for special luxurious and fragrant cosmetics,  Never saw the Queen’s loo.  But when I enquired at the station, I was pointed in the direction of All Bar One restaurant at the far end. 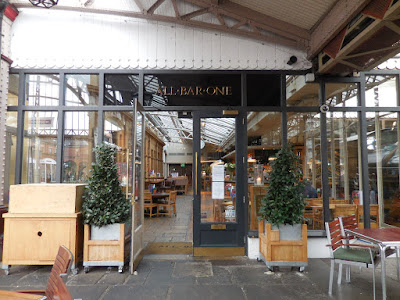 And indeed,  it was entirely open to the public, if you knew it was there.  The writing on the door says ‘This room is reserved’ — but the proprietors are perfectly willing to allow one inside. 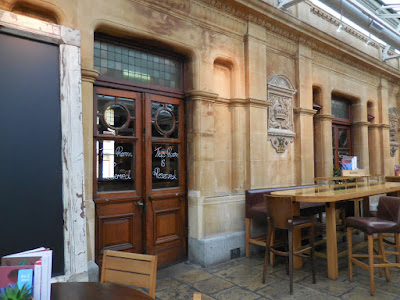 It was fitted out as a special private dining room — not the actual loo of course, but the associated small waiting rooms used by the Royal party. 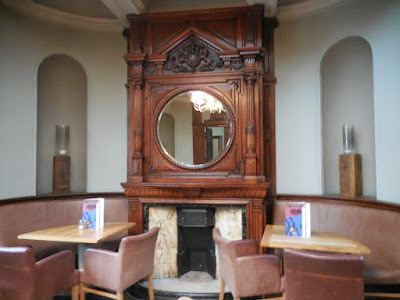 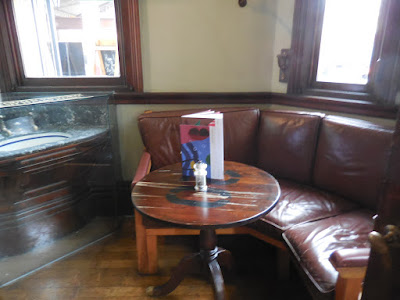 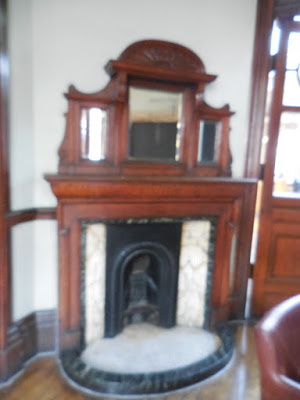 The basin and loo were actually glassed off, either to protect them or to continue the exclusivity…if Queen Elizabeth II happened by, would they allow her to use the facility??? 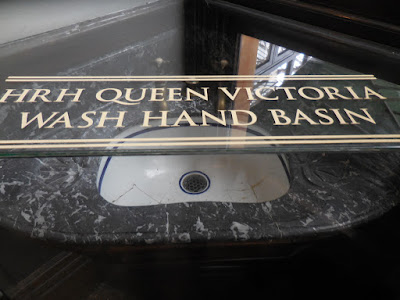 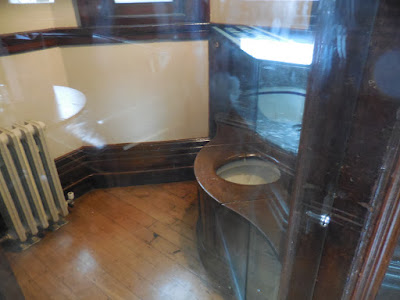 Just outside All Bar One, was a  non-working locomotive. 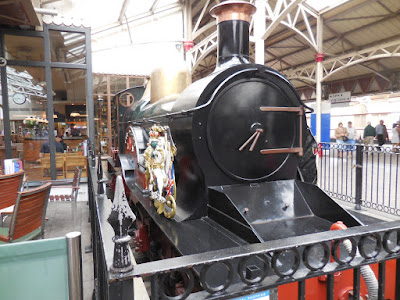 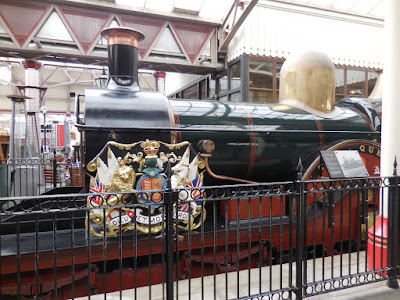 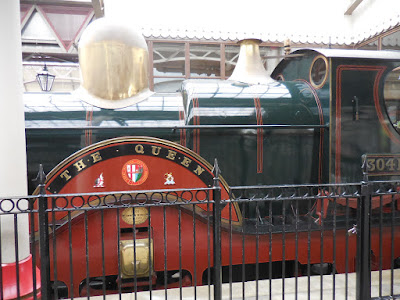 It seems that the locomotive is about all that is left from displays formerly set up on the station by Madame Tussaud’s wax museum, no longer in operation in Windsor.

The text panel reads:  The locomotive is a full scale replica of the GWR Achilles class 4-2-2 locomotive No. 3041. It was built in 1804 and originally named “Emlyn” after Lord Emlyn, Chairman of the Great Western Railway Company. Repainted in 1897, in GWR livery, the great locomotive, 57 feet long was renamed “The Queen” especially to pull the six new carriages of the Royal Train. No examples of these locomotives survive today and “The Queen” (later renamed “James Mason”) was withdrawn from service  in 1912.

Next time you are in Windsor, check it out!  Not as stunning as the Castle, but an amusing sidelight on the Queen who was the first Royal to use the railroads for her travel.