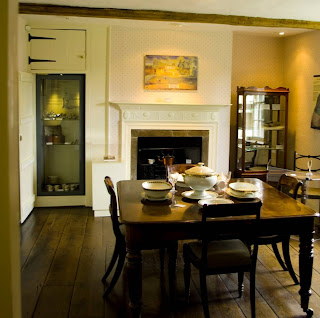 On May 25, 1811, Miss Mary Benn dined at Chawton Cottage with Jane Austen, and — one assumes — her mother Mrs. Cassandra Austen and their co-resident, Martha Lloyd. 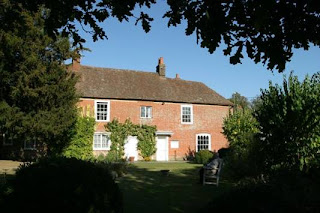 We learn this in Jane Austen’s letter of Wednesday, 29 May 1811, to her sister Cassandra who was staying at Godmersham, the Kent home of their brother Edward Austen and his children.  This letter is filled with rambling accounts of family and friends — from seedlings to disinheritances. 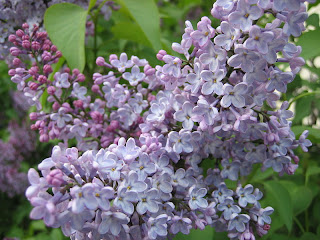 Jane tells her sister that the Pinks and Sweet Williams are blooming and the Syringas coming out.  She relates family news, upcoming journeys  and that very day a second encounter with Miss Benn  over their tea table.

Miss Benn is a poor spinster who lives in reduced circumstances in Chawton; though we know little about her, she is mentioned in Jane Austen’s letters more than a dozen times in the few years between the Austen’s arrival in Chawton and Miss Benn’s death at age 46 in early January, 1816.  Some biographers have speculated that her extreme poverty caused the Austens to invite her for meals frequently.  In her 1997 biography Jane Austen: A Life, Claire Tomalin  writes, “‘Poor Miss Benn’ appears very much oftener in Jane’s letters than their few better-off neighbours; she was not very interesting, but then nor were they” (p.210) 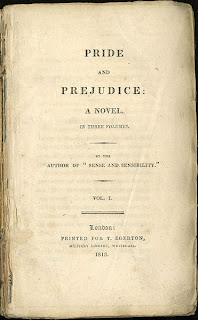 In January 1813, Jane Austen reported from Chawton to her sister in Steventon that “I have got my own darling Child from London…” meaning a copy of the three-volume first edition of Pride and Prejudice, Austen’s second published novel.  In the letter of Friday, 29 January 1813, Jane tells Cassandra that she had read half of the first volume to Miss Benn, who was “amused, poor soul.” Miss Benn “seemed to admire Elizabeth.” 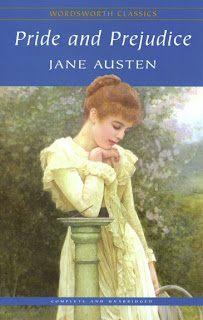 In her next letter, Austen writes that her mother had read further in the novel to Miss Benn.  Austen did not care for “my Mother’s too rapid way of getting on…Upon the whole however I am quite vain enough and well satisfied enough.–The work is rather too light and bright and sparkling…” — an opinion that generations of readers would deny, finding precisely the correct light, bright and sparkling qualities in the novel.

Mary Benn was the sister of Reverend John Benn (1766-1875) who presided over the parish of Farringdon, nearby Chawton in rural Hampshire.  Mr. Benn and his wife had as dozen children, which probably meant they could not do much to help Miss Benn.

Nevertheless, Miss Benn has found her place in the eternal pantheon of Jane Austen fans.  I am sure she would be surprised even to be mentioned in the year 2012, two hundred years after that dinner in Chawton. 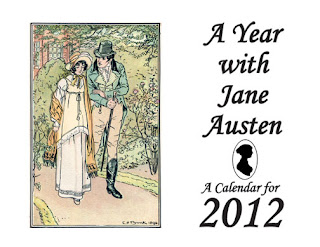 I was alerted to this less-than-earth-shattering meal in my weekly perusal of  A Year with Jane Austen: A Calendar for 2012, the production of JASNA-WI.  Events from Jane Austen’s life and/or events in her novels fill almost every day of this wonderful calendar, accompanied by appealing color reproductions of the 1898 illustrations for editions of Austen’s novels by artist C. E. Brock. 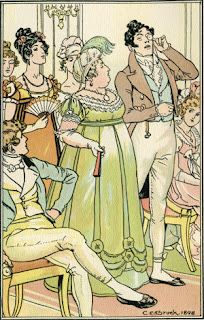 These calendars are still available — and you have half of 2012 left to enjoy one.  Go to the JASNA-WI website  here and click on Merchandise.