Rees Howell Gronow (1794-1865) wrote his Reminiscences late in his life.  He knew many leading figures of his era.  Below are his comments on Percy Bysshe Shelley (1792-1822), one of the most famous of the Romantic Era English Poets. 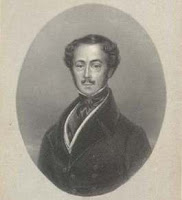 Rees Gronow
SHELLEY
Shelley, the poet, cut off at so early an age; just when his great poetical talents had been matured by study and reflection, and when he probably would have produced some great work, was my friend and associate at Eton. He was a boy of studious and meditative habits, averse to all games and sports, and a great reader of novels and romances.  He was a thin, slight lad, with remarkably lustrous eyes, fine hair, and a very peculiar shrill voice and laugh. His most intimate friend at Eton was a boy named Price, who was considered one of the best classical scholars amongst us.  At his tutor, Bethell’s, where he lodged, he attempted many mechanical and scientific experiments.  By the aid of a common tinker, he contrived to make something like a steam-engine, which, unfortunately, one day suddenly exploded; to the great consternation of the neighbourhood and to the imminent danger of a severe flogging from Dr. Reate. 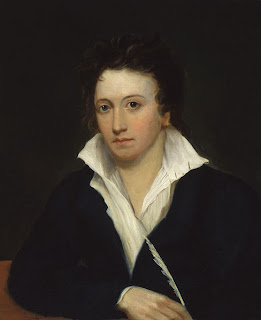 Percy Byssche Shelley
Soon after leaving school, and about the year 1810, he came, in a state of great distress and difficulty, to Swansea, when we had an opportunity of rendering him a service; but we never could ascertain what had brought him to Wales, though we had reason to suppose it was some mysterious affaire du coeur.
The last time I saw Shelley was at Genoa, in 1822, sitting on the sea-shore, and, when I came upon him, making a true poet’s meal of bread and fruit; He at once recognized me, jumped up, and appearing greatly delighted, exclaimed, “Here you see me at my old Eton habits; but instead of the green fields for a couch, I have here the shores of the Mediterranean. It is very grand, and very romantic.  I only wish I had some of the excellent brown bread and butter we used to get at Spiers’s: but I was never very fastidious in my diet.”  Then he continued, in a wild and eccentric manner: “Gronow, do you remember the beautiful Martha, the Hebe of Spiers’s?  She was the loveliest girl I

ever saw, and I loved her to distraction.”

Shelley was looking careworn and ill; and, as usual, was very carelessly dressed.  He had on a large and wide straw hat, his long brown hair, already streaked with grey, flowing in large masses from under it, and presented a wild and strange appearance. 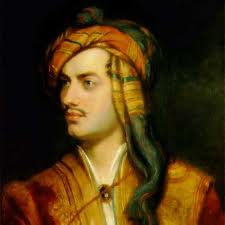 Lord Byron
During the time I sat by his side he asked many questions about myself and many of our schoolfellows; but on my questioning him in turn about himself, his way of life, and his future plans, he avoided entering into any explanation: indeed, he gave such short and evasive answers, that, thinking my inquisitiveness displeased him, I rose to take my leave.  I observed that I had not been lucky enough to see Lord Byron in any of my rambles, to which he replied, “Byron is living at his villa, surrounded by his court of sycophants; but I shall shortly see him at Leghorn.” We then shook hands.  I never saw him again; for he was drowned shortly afterwards, with his friend, Captain Williams, and his body was washed ashore near Via Reggio.  Every one is familiar with the romantic scene which took place on the sea-shore when the remains of my poor friend and Captain Williams were burnt, in the presence of Byron and Trelawney, in the Roman fashion. His ashes were gathered into an urn, and buried in the Protestant cemetery at Rome.  He was but twenty-nine years of age at his death. 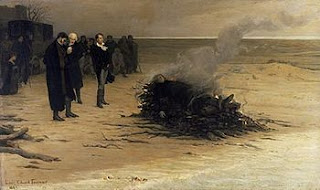 The Funeral of Shelley 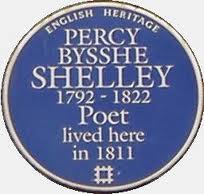 2 thoughts on “Captain Gronow on His School Friend Shelley”