Victoria, here. In the early days of 2012, I find myself sorting some books I acquired in the last year and some I still have to find, many of them concerned with Jane Austen.  Gee, isn’t that a shock! 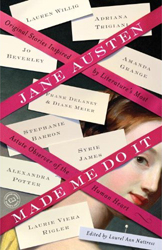 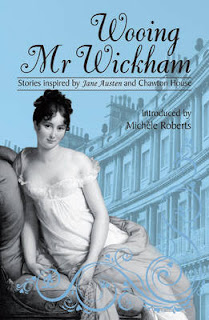 I enjoyed many of the stories in these two collections and admired the creative ways in which Jane
Austen inspired these writers.  I recommend both. 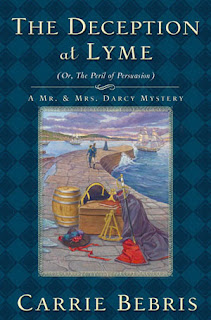 My friend and consummate author, Carrie Bebris, published Deception at Lyme, or The Peril of Persuasion, the sixth in her Mr and Mrs. Darcy mystery series.   See her website here.  Elizabeth and Darcy have solved a number of puzzles since their first outing in  2004’s Pride and Prescience (or, A Truth Universally Acknowledged).  And more are in the works.

Here is a book I haven’t read yet, and have receive conflicting reports about: P.D. James version of Carrie’s idea of having the Darcys investigate murder: Death Comes to Pemberley. 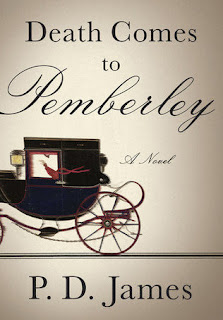 Of course, Baroness James gets a great deal of attention from the media, and no one can say she has not had a distinguished career.  I have had many hours of delight from her books. But this one? Somehow, it smacks of jumping on the Austen bandwagon unnecessarily, but that could be unfair. I would love to hear from readers who have tried it out.  I have a copy waiting for me next month, I think, when I get to the sunny south of Florida.  I’ll report back. (Note from Kristine: Yes, it’s here waiting for you. I love James and so gave it a shot when Jo sent it to me. Unfortunately, I couldn’t make it past Chapter Two). 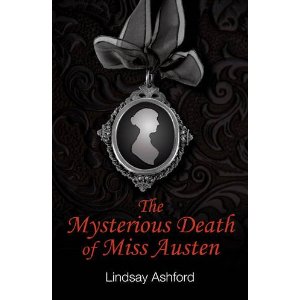 Another book I will read soon is The Mysterious Death of Miss Austen by Lindsay Ashford. I met Ms. Ashford at the JASNA-AGM in Fort Worth TX in October 2011, but I must have been extremely distracted since her authorship of this book, talked of widely at the AGM, escaped me when we met.

This book reportedly attributes the death of Jane Austen to arsenic poisoning.  In one of those coincidences that seem to happen every so often, shortly after meeting Ms. Ashford,  I attended a talk on poisons by Deborah Blum, a Pulitzer-Prize-winning science reporter who teaches journalism at the University of Wisconsin-Madison. She is the author of The Poisoner’s Handbook, actually a catchy title for a history of forensic science in crime investigation. 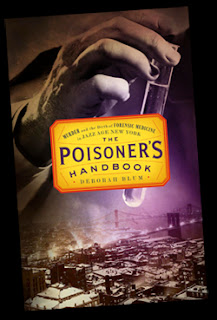 Ms. Blum commented on reviews of the Ashford book and the report that a lock of Jane Austen’s hair showed evidence of arsenic when tested.  Arsenic, in Austen’s day, was a common ingredient of many lotions and potions used to whiten complexion and for dozens of other uses. It did not surprise Blum to learn of the possibility of Austen having arsenic in her system as she probably used arsenic-laced skin  products.

I have heard several people say they enjoyed Mysterious Death, so I will read it soon.  (Note from Kristine – this, too, is here waiting for you. Haven’t read it yet – too distracted by Thirkell).

I haven’t kept track of all the Austen sequels and continuations that came out recently — and there are lots of them.  I know some of the authors and they are all hard-working, devoted people — success to all of you!  For more information, take a look at the website of Austen Authors.

Two quite different but related genres to the sequels are the modern restructures of the novels and the JA-experience novels.  I read two of those this year, perhaps not quite on top of their publication dates. 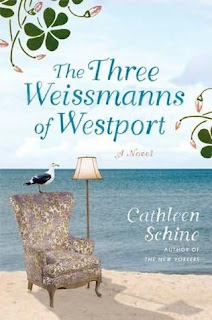 The Three Weissmanns of Westport came out in paperback, and I found it an engaging read, based loosely on the plot of Sense & Sensibility.  It is well done. 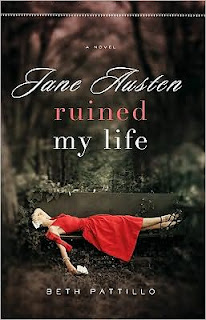 Beth Pattillo’s Jane Austen Ruined My Life is also worth your time and energy.  I resisted, because JA has done ANYTHING but ruined my life!  She has provided great pleasure and stimulation, great companionship and friends, and a lifetime of interesting research topics related to her life and times.  But a very well-respected friend loved it, and so did I. (Note from Kristine – I loved it, too!)

Finally, Stella Tillyard, author of The Aristocrats, Caroline, Emily, Louisa and Sarah Lennox, 1740-1832, published a novel of the Peninsular War this year, another entry on my TBR list. 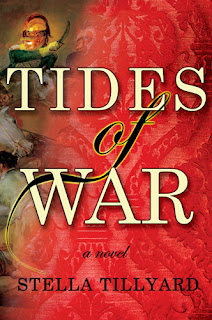 This is anything but an exhaustive list, but it looks like I’d better stop blogging and get reading if I am ever to catch up.  Here’s to a 2012 filled with wonderful books!