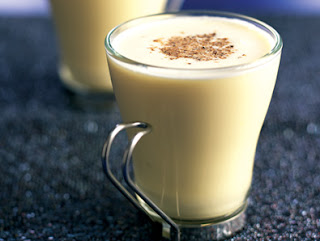 The grocery store Trader Joe’s recomends egg nog for Christmas in its Holiday Guide 2011. We all love the rich mix, whether or not it is laced with whiskey or rum. The Guide notes that there are some things among our food and drink traditions that are closely associated with the holidays every year.   One version of eggnog’s origin is from the English area of East Anglia where a noggin is a small mug.  There are other explanations, but this one is probably as good as any.  Yum. 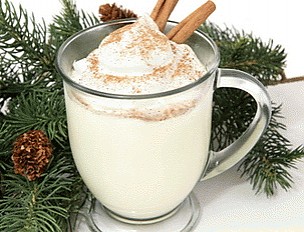 The picture above accompanies Rachel Ray’s recipe(s) for EggNog. Try one of them here.  Ray suggests rum to add a touch of cheer to the traditional egg, cream and nutmeg ingredients. 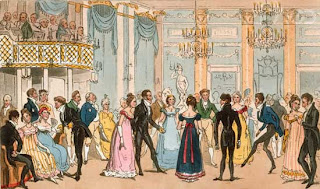 I remember my parrents serving Tom and Jerrys many years ago at the holidays.  I thought they meant the cat and mouse cartoon characters, but the drink was invented by Pierce Egan (1772-1849), creator of the regency era ne-er-do-wells Tom and Jerry, whose Life in London ran to many editions in the 19th century.  The cat and mouse were named after them too.  Egan was a journalist and sportswriter, and his silly characters had many adventures.  Above, they manage to enter Almack’s, where they probably would not find any alcohol, unless it was smuggled in by a regency rake. Though there are many variations, a Tom and Jerry resembles eggnog. 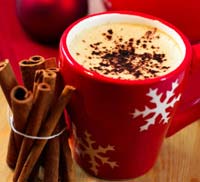 For a recipe, click this link.
As long as I was looking into Christmas cheer, I looked up wassail.  I’ve sung about going wassailing for years in the well-known carol — and never stopped to wonder what in the world it meant. 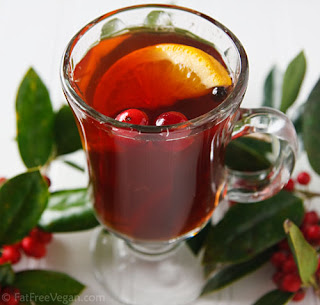 Here is an recipe based on fruit juices and without alcohol.

Appropriately, there are many recipes for wassail or wassail punch, though all seem to have a apple  cider base.  According to several sources, wassailing was a group activity involving singing and saluting the health of the apple trees to encourage a good harvest in the future.  Wouldn’t this just be a good excuse for a party?  Wassailing could be done at harvest time in the fall, particularly in the south of England where the apple orchards prevail, and at Christmas time, though the roots of the custom seem to go back to pre-Christian days in England. For ale-based and wine-laced recipes and more, click here. 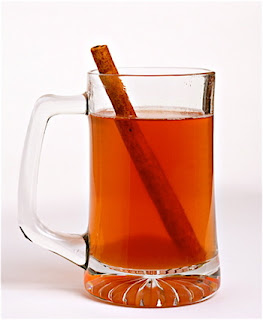 Another popular warm drink for the holidays is the Hot Toddy, usually made with a lemon-juice base. As in all of the above, alcohol is optional. I note than many examples carry a cinnamon stick as a stir.  To repeat, yum.  Some sources say the Scottish version is usually made with whisky and the English version with strong black tea. For recipes, click here. 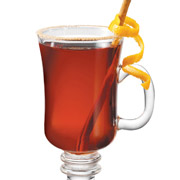 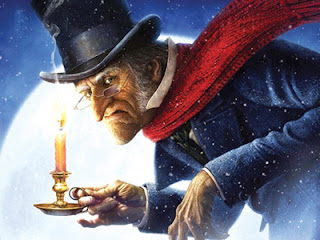 So here’s to you, a virtual cup of good cheer for the holidays!!