The New York Times book Review of Sunday, November 13, 2011, carried a review of a new book I need to add to my library: London Under: The Secret History Beneath the Streets by Peter Ackroyd.
To read the review, click here. 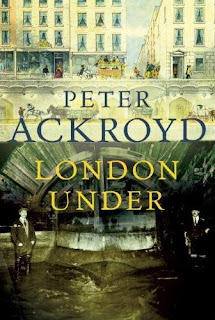 The book begins with a warning to tread carefully in the streets of London, for one is walking over the remains of tens of thousands over many centuries. It is no surprise to think of cities buried beneath us; that is true of many cities. But for London junkies like Kristine and Victoria, all other locations pale in comparison. 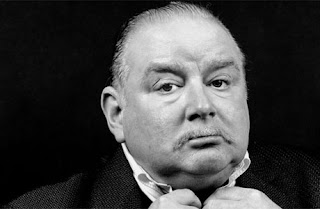 Author Peter Ackroyd (above, from The Guardian in 2008) has written dozens of books, many about London and its residents.  One of my favorites is London: The Biography, published in 2000. Beginning with pre-history, Ackroyd brings London’s story up to the Greater London of almost today, a metropolis that sprawls over a vast region. London Under tells about what is below, from the earliest races of human habitation along the river Thames to the constant expansion of the Underground, or as it is more affectionately known, the Tube. The chapter headings begin with “Darkness Visible” and run to “Deep Fantasies.” 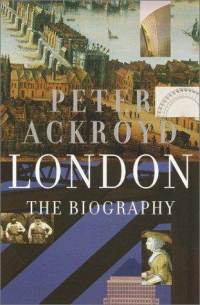 Ackroyd’s biographies include such subjects as Chaucer, Shakespeare, William Blake, J.M.W. Turner, Charles Lamb, Charles Dickens, Oscar Wilde, T.S. Eliot, and Ezra Pound.  Don’t you wonder what he does in his spare time?

I seem to have missed Ackroyd’s 2007 book Thames: Sacred River, a situation I will have to remedy soon.  He has also written fiction, some sounding like fictional biography, a genre that has become increasingly popular lately. 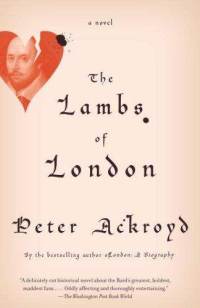 Above, the story of Charles Lamb, written as a novel, published in 2004.  From what little I recall about Charles and his sister Mary, the truth is actually stranger than fiction.  But the story of the pair no doubt makes for a dramatic account of interesting aspects of the regency era.

I guess I have set us up for a lot of reading in the near future.  But as long as the topic is London, it is a labor of love.  Thanks, Mr. Ackroyd! 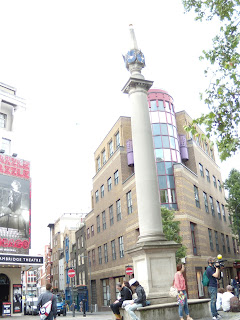 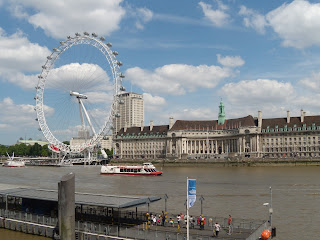