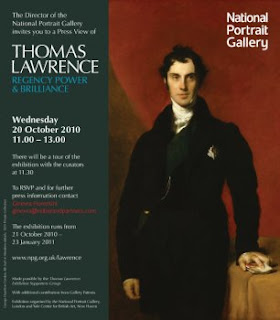 Hard on the heels of Jo’s wonderful series of posts on Sir Thomas Lawrence, I thought I’d share with you the fact that whilst in London recently I had the chance to take in the exhibition of Sir Thomas Lawrence’s works entitled Regency Power and Brilliance. You can read all about the Exhibition itself in a prior post on this blog by clicking here. This has really been a banner year for me as during my past two trips to London I’ve been fortunate enough to have seen many iconic British paintings in person. My visit to the Lawrence exhibition reminded me just what a brilliant artist he was.

Ironically, the paintings below were hung side by side on the same wall. 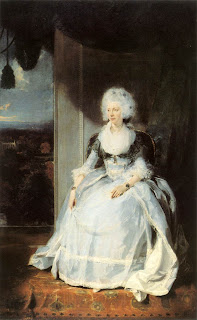 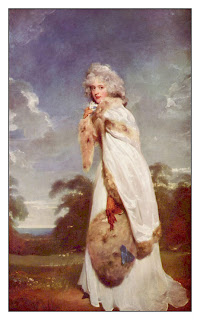 Elizabeth Farren, later Countess of Derby
These are each﻿ enormous, full length paintings and it was possible to get up really close to each. The detail was stupendous. 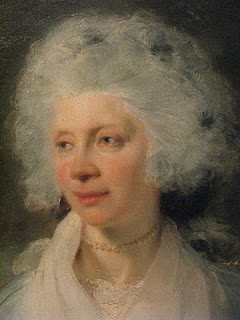 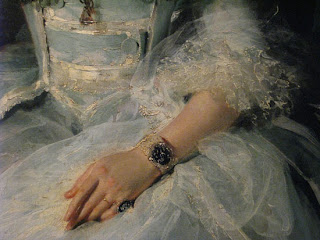 The way in which Lawrence rendered Queen Charlotte’s face and the pearls is uncanny, whilst the details of her dress were brilliant – the silk ribbons, the lace overlay on her dress and the airy lace on the sleeves were a sight to behold. The detail on the fur of the muff in the Farren portrait made one want to reach out and stroke it, so life-like did it appear.  Incidentally, I bought the poster of the Farren portrait, but have yet to have it framed.

I also saw two lesser known, but equally stunning, portraits, the first being the drawing below. 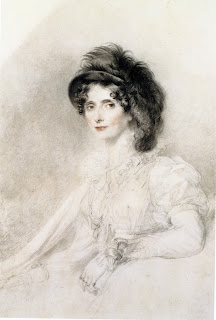 This pencil, black and red chalk drawing of Elizabeth, Duchess of Devonshire done in 1819 is just marvelous. Truly, this picture does not do it justice. Suffice to say that I spent many minutes gazing at Bess’s arresting face. 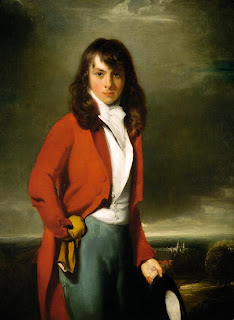 Is the painting above not one of the most stunning examples of male Regency beauty? The sitter is Arthur Atherley, who had recently graduated from Eton College, which can be seen in the background. So who was Arthur Atherley? There’s not much out there on him, he went on to become a M.P. and Wikipedia has a brief bio on him, but there’s not much else to be found on the web. Really, with such a face and air of insouciance, you’d have thought he’d have gone on to be a serious Brummell rival.

But back to iconic paintings – also included in the Exhibit were these two portraits. 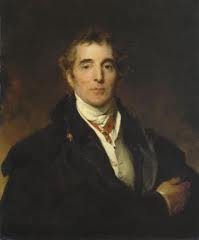 The Duke of Wellington
Lawrence painted the Duke of Wellington seven times in all and, really, each portrait is equally as good as the next. Again, Lawrence’s superb talent for portraiture is evident in the details of this painting – the folds of the cravat, the red ribbon. When standing before this portrait, one really does feel the force of the Duke’s penetrating gaze. 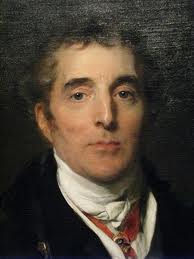 Hats off to the exceptional talents of Sir Thomas Lawrence, and to the
National Portrait Gallery for mounting this fabulous Exhibition, which moves across the pond to the Yale Center for British Art where it will run from 02/24/11 – 06/05/11.

6 thoughts on “Regency Power & Brilliance at the National Portrait Gallery”