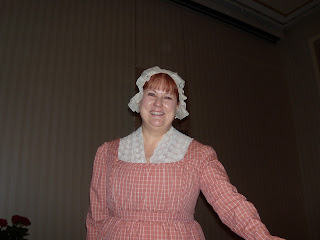 Victoria here, reporting on the final three break-out sessions I attended at the JASNA AGM. Mary Hafner-Laney’s (right) topic was “I was tempted by a pretty-colored muslin”: Jane Austen and the Art of Being Fashionable.  A capacity audience enjoyed her talk about fabrics and fashions of the regency era, the dresmakers and home-sewers, period patterns and costs. 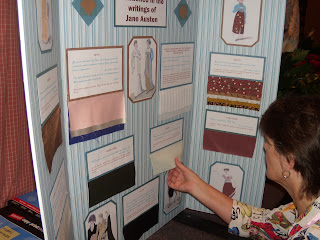 Mary had assembled collections of fabrics and excrpts from a fashion magazine, La Belle Assemblee, and showed her fashion doll, one of the techniques used by dressmakers to suggest styles to their customers. We had rather a mad dash at the conclusion of her talk for the excellent hand-outs she had assembled. Some of us will share ours at the December birthday luncheon. 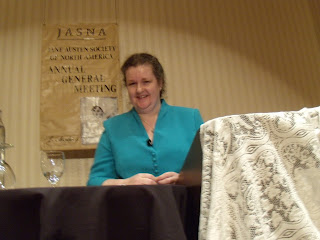 Next, I went to hear Sarah Parry, of the Chawton House Library, whose topic was “This roof was to be the roof of an abbey!”: What is Northanger Abbey?  Ms. Parry’s entertaining talk described a number of stately homes built out of abbeys, some of which Jane Austen certainly saw. The school she attended in Reading was housed in part of a former abbey. 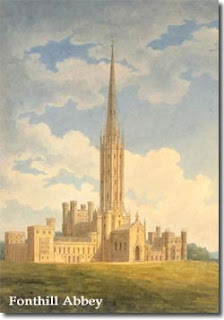 Parry also told the amazing story of Fonthill Abbey, which was not an abbey at all, but a gothic fantasy structure erected by one of those eccentric characters in the period, William Beckford.  The tower was 276 feet high and eventually collapsed. 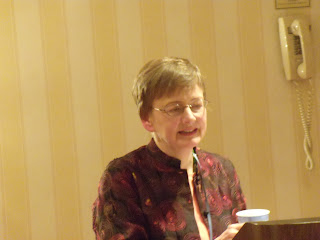 In the final round of break-outs, I attended the always-popular Susan Allen Ford’s talk on “Ingenious Torment: Reading Instructive Texts in Northanger Abbey.”  She told us of the many influences in Jane Austen’s novels of various books on proper behavior and advice to young ladies. Austen sometimes parodied the information in these instructive texts, as when Mrs. Morland, upon the abrupt rupture of Catherine’s romance with Henry, admonishes her simply to “live and learn.” 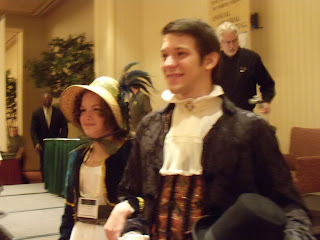 I can add some information to a previous post on Team Tilney.  I found a report on Austenblog from one of the participants, with lots more information, including the identity of Henry Tilney and the text of some of the presentation. 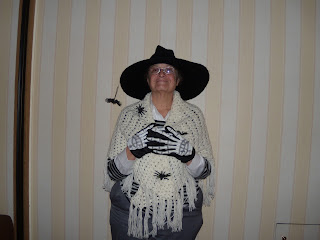 During the Evening’s Bal Masque, several interesting speakers gave talks that tempted many of us away from the dancing.  Elsie Holzworth of the Chicago chapter spoke about the connections between Jane Austen and Edgar Allen Poe.  Who knew?

But it is undeniable that their paths might have crossed while Edgar lived in London as a lad.  Jane Austen’s relatives lived near Poe’s home and the children might well have played together in the park. As so often with the details of Jane Austen’s life, we cannot be entirely sure, but the possibility is intriguing — little Edgar, perhaps listening to Jane reading a story to her nephews … or engaging in a lively game of baseball, as Catherine Morland was said to have done in Northanger Abbey.

My regret at this AGM (as at all the others) is that I couldn’t listen to more of the presentations. For each of the five break-out sessions, there were six or seven speakers, any of which I would have loved to hear.  Now, I have next year to look forward to, in Fort Worth, TX, October 13-16, 2011, celebrating 200 years of Sense and Sensibility .
For more informations, click here.