Victoria here…a loyal member of the Royal Oak Society for quite a few years.  This is the U.S. organization that supports the National Trust in Britain. If you live in a major U.S. city, or visit one from time to time, you might find that one of the Royal Oak’s lectures could be on your agenda.

They bring historians, decorators, architectural critics and gardeners to the U.S. for programs in New York City, and several other cities, usually chosen from Boston, Philadelphia, Washington, D. C., Chicago, and Los Angeles. Sometimes Miami, Charleston, San Francisco and others. The programs I have attended are marvelous. 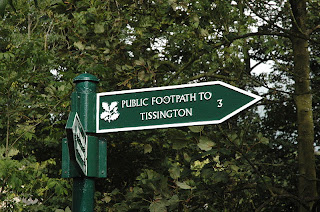 To learn more about the Royal Oak, click here. There are many other worthwhile activities, too. But the very best thing is that you are part of the British National Trust and you are admitted free to all NT properties, not to mention getting a discount at their shops.

Here is the connection to the NT. As you probably know if you are an Anglophile, the National Trust is a fantastic organization that works to protect the land and the heritage of Great Britain. I have this dream that someday I will get to all of the places run by the National Trust, particularly the stately homes. 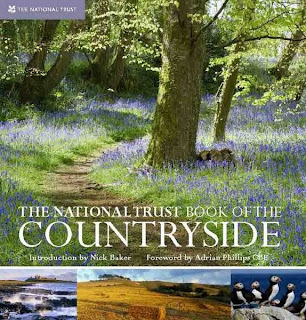 While the NT is an exceptionally well run professional organization, with a wonderful list of publications, most of the guards/guides in the buildings are volunteers, well-trained, but nevertheless, volunteers.  I have heard some wonderful stories from these worthy souls about their experiences — and most of them are only too glad to chat with guests, especially when they find out you are a member of the Royal Oak — then you are really someone special. 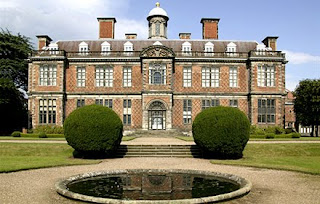 One day, a pal and I were at Sudbury Hall in Derbyshire  which was used for many of the interior shots of Pemberley in the 1995 Colin Firth version of Jane Austen’s Pride and Prejudice. There was a large display in the stable of costumes from the film.  My friend and I walked slowly through the handsome rooms, reading about them in the guidebook and listening to the volunteer guides.

We reached a large bedchamber decorated in red satin.  I turned to my pal and said, “Oh, this is the room where Darcy changed his coat!”

Well, the poor gentleman in charge of that room had heard that remark one too many times.  “Madam!” he sputtered. “This is not only the room where Darcy (here his voice dripped with exasperation) changed his coat. THIS was the bedchamber of Queen Adelaide after her husband died. She lived in this house for part of her life and this was her room.”
He meant the wife of William IV who had a rather sad widowhood, not really welcomed to court by Queen Victoria’s Mama, who wished Adelalide far, far away to reduce her possible influence on the young Queen.

My friend and I tried not to giggle as we assured the gentleman that we appreciated his information and felt ourselves quite well corrected in our views. This was a gentleman who took his history seriously, not to be toyed with by movie fans. 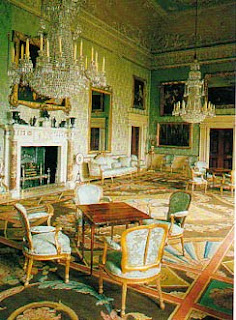 Another funny story I heard from an NT volunteer guide was a Saltram House.  She had been on duty during the filming of the Emma Thompson film of Jane Austen’s Sense and Sensibility.  Her specific assignment was to protect the Chippendale sofas in the Saloon. They are too large and fragile to be moved, so one volunteer was needed at each of the pair to keep the technicians from draping their dirty cables and cords over the delicate satin upholstery. Every day. In addition, the guide told us that during the filming, the beautiful carpeting was rolled up and replaced temporarily by a painted floor cloth, which looks exactly the same in the film. Rolling cameras and all the crew could tramp around on the floor cloth to their heart’s content.

One of my favorite parts of being a Royal Oak/NT member is getting the annual guidebook to their properties and their quarterly newsletters, just packed with information I use to plan my next visits. 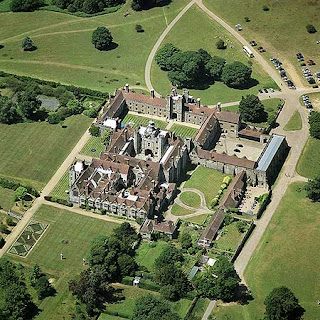 So hat’s off to the NT and Royal Oak — and everyone else who works so hard to keep Britain’s cultural history and precious unspoiled land  available to all of us!  Huzzah!! 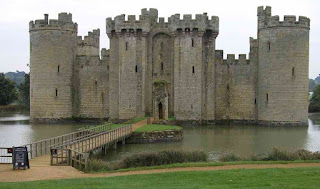 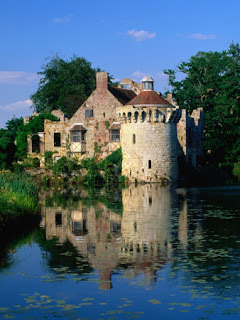 1 thought on “Do You Know About The National Trust and the Royal Oak Society?”