Much has been made of the youth of new British Prime Minister David Cameron, 43, and Nick Clegg, deputy PM, also age 43. Perhaps it is a time of young men in power. Here are their facebook pages: Cameron and Clegg. 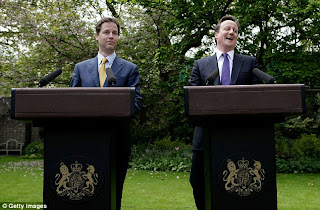 Clegg is on the left and Cameron on the right, in the picture that is, and probably in their politics.

To lots of observers this seems like a real wonder. In fact, I think some early stories on both sides of the Atlantic talked about the youngest PM ever. Nonsense!! 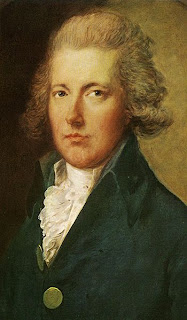 Those of us who love history remember learning about several young PMs, not to mention U.S. Presidents. For example, William Pitt (1759-1809), usually characterized as ‘the Younger’ became Prime Minister at age 24. Yes, 24!!!

The portrait at right is attributed to Gainsborough. Pitt served two terms, separated by a few years. He died short of age 50, probably of stress and the effects of overimbibing his Port. 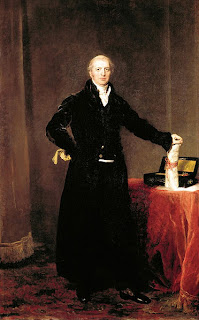 Some of the recent news stories about PM Cameron referenced Robert Jenkinson, Lord Liverpool (1770-1828), who took office as Prime Minister in 1812 at age 42. He occupied the office for fifteen eventful years, through the end of the Napoleonic Wars, the Congress of Vienna, the disruptions of the postwar period and most of the rule of George IV as the Prince Regent and King after 1820. After a stroke in 1827, he resigned office and lived on just a short time, dying at 58, relatively young when one considers the age of Sir Winston Churchill who was PM for the second time until he was 81 and died at age 90. 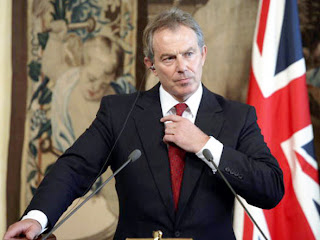 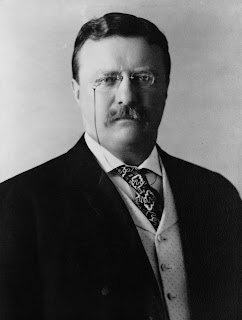 U.S. President Barack Obama was 47 at his election. The youngest U.S. President was Teddy Roosevelt, at age 42.  John Fitzgerald Kennedy was 43, Bill Clinton, 46, and Grover Cleveland at 47 matched the current president.

Take a virtual tour of No. 10 Downing Street here.