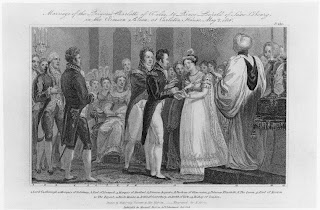 On 2 May, 1816, Her Royal Highness Princess Charlotte Augusta of Wales married Prince Leopold of Saxe-Coburg-Saalfeld in Carlton House, the home of her father, the Prince Regent. 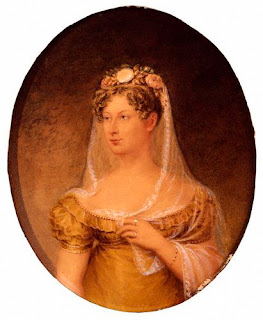 The occasion was full of joy for the British public for the masses loved the Princess and they knew her life had not been easy.
The only legitimate grandchild of George III, Princess Charlotte was second in line to become the monarch of Great Britain. Her mother and father separated shortly after their marriage and never lived together. The Prince Regent was envious of the public interest in Charlotte and he restricted her movements and even her contact with her mother, Caroline, Princess of Wales. 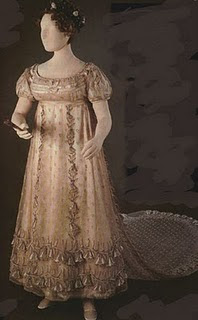 Her wedding dress can be seen in the Royal Collection in various exhibitions. Here is the description of the gown from a regency era periodical, La Belle Assemblee, Vol. 12, no. 84 (May 1816), “Her dress was silver lama on net, over a silver tissue slip, embroidered at the bottom with silver lama in shells and flowers. Body and sleeves to correspond, elegantly trimmed with point Brussels lace. The manteau was of silver tissue lined with white satin, with a border of embroidery to answer that on the dress, and fastened in front with a splendid diamond ornament.” 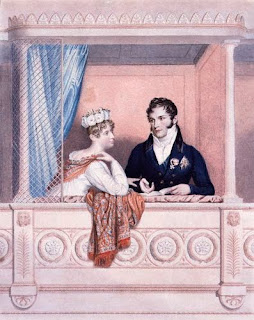 Prince Leopold and Princess Charlotte lived at Claremont, an estate in Surrey. There, just over a year after the wedding, Charlotte died after giving birth to a stillborn son. The people mourned their Princess on an unprecedented level.

Many kinds of memorials were sold throughout the country: 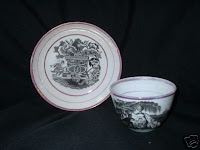 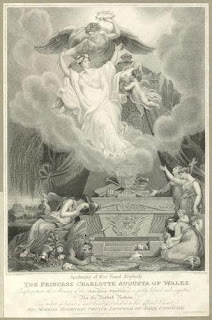 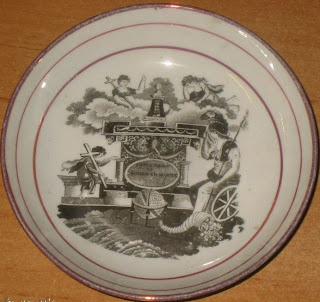 Charlotte was buried in the Royal Chapel at Windsor. A large memorial to her shows her descending into heaven, her infant son held by an angel. 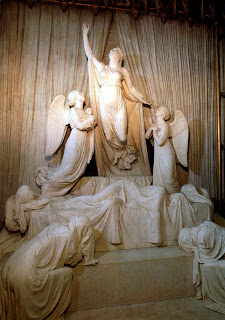 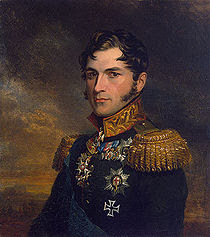 Prince Leopold remained involved in the British Royal Family. He helped the Duke of Kent marry his sister, Victoire, who eventually became the parents of Princess Victoria. He advised his niece before and after her accession to the throne. 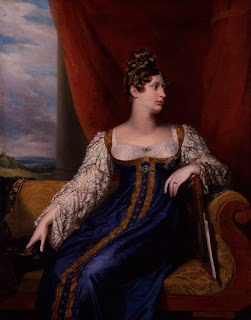 And he also facilitated the marriage of his nephew Prince Albert of Saxe-Coburg- Gotha to Queen Victoria. In 1831, Leopold became King of the Belgians. He married again and had three children. His daughter was named Charlotte after his first wife.

2 thoughts on “The Anniversary of a Short Marriage”