12 Sept., 1806.
“… I am going to Somerset House to enquire after poor Sheridan, who went from this house very ill at 12 o’clock last night. . . . He complained of sore throat and shivering, and his pulse was the most frightful one I ever felt; it was so tumultuous and so strong that when one touched it, it seemed not only to shake his arm, but his whole frame. … I lighted a fire and a great many candles, and Mr. Creevey, who was luckily just come home from Petty’s, began to tell him stories. . . . Then we sent for some wine, of which he was so frightened it required persuasion to make him drink six small glasses, of which the effect was immediate in making him not only happier, but composing his pulse. … In the midst of his dismals he said most clever, funny things, and at last got to describing Mr. Hare, and others of his old associates, with the hand of a real master, and made one lament that such extraordinary talents should have such numerous alloys. He received a note from Lady Elizabeth Forster, with a good account of Mr. Fox. It ended with—’try to drink less and speak the truth.’ He was very funny about it and said: ‘By G-d! I speak more truth than she does, however.’ Then he told us how she had cried to him the night before, ‘because she felt it her severe duty to be Duchess of Devonshire!’ *

* Georgina, the Duchess of Devonshire, had died in March of this year. Lady Elizabeth married the Duke, but not till three years later, in 1809.

“. . . Sheridan entered into whatever fun was going on at the Pavilion as if he had been a boy, tho’ he was then 55 years of age. Upon one occasion he came into the drawing-room disguised as a police officer to take up the Dowager Lady Sefton for playing at some unlawful game; and at another time, when we had a phantasmagoria at the Pavilion, and were all shut up in perfect darkness, he continued to seat himself upon the lap of Madame Gerobtzoff [?], a haughty Russian dame, who made row enough for the whole town to hear her.
“The Prince, of course, was delighted with all this; but at last Sheridan made himself so ill with drinking, that he came to us soon after breakfast one day, saying he was in a perfect fever, desiring he might have some table beer, and declaring that he would spend that day with us, and send his excuses by Bloomfield for not dining at the Pavilion. I felt his pulse, and found it going tremendously, but instead of beer, we gave him some hot white wine, of which he drank a bottle, I remember, and his pulse subsided almost instantly. . . . After dinner that day he must have drunk at least a bottle and a half of wine. In the evening we were all going to the Pavilion, where there was to be a ball, and Sheridan said he would go home, i.e., to the Pavilion (where he slept) and would go quietly to bed. He desired me to tell the Prince, if he asked me after him, that he was far from well, and was gone to bed.
So when supper was served at the Pavilion about 12 o’clock, the Prince came up to me and said: “‘ What the devil have you done with Sheridan to-day, Creevey? I know he has been dining with you, and I have not seen him the whole day.’
“I said he was by no means well and had gone to bed; upon which the Prince laughed heartily, as if he thought it all fudge, and then, taking a bottle of claret and a glass, he put them both in my hands and said:
“‘ Now Creevey, go to his bedside and tell him I’ll drink a glass of wine with him, and if he refuses, I admit he must be damned bad indeed.’
“I would willingly have excused myself on the score of his being really ill, but the Prince would not believe a word of it, so go I must. When I entered Sheridan’s bedroom, he was in bed, and, his great fine eyes being instantly fixed upon me, he said :— “‘ Come, I see this is some joke of the Prince, and I am not in a state for it.’
“I excused myself as well as I could, and as he would not touch the wine, I returned without pressing it, and the Prince seemed satisfied he must be ill.
“About two o’clock, however, the supper having been long over, and everybody engaged in dancing, who should I see standing at the door but Sheridan, powdered as white as snow, as smartly dressed as ever he could be from top to toe. . . . I joined him and expressed my infinite surprise at this freak of his. He said:
“Will you go with me, my dear fellow, into the kitchen, and let me see if I can find a bit of supper.’

“Having arrived there, he began to play off his cajolery upon the servants, saying if he was the Prince they should have much better accommodation, etc, etc, so that he was surrounded by supper of all kinds, every one waiting upon him. He ate away and drank a bottle of claret in a minute, returned to the ballroom, and when I left it between three and four he was dancing. 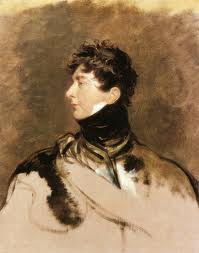 In the year 1810, Mrs. Creevey, her daughters and myself were spending our summer at Richmond. Sheridan and his wife (who was a relation and particular friend of Mrs. Creevey’s) came down to dine and stay all night with us. There being no other person present after dinner, when the ladies had left the room, Sheridan said : “‘A damned odd thing happened to me this morning, and Hester [Mrs. Sheridan] and I have agreed in coming down here to-day that no human being shall ever know of it as long as we live; so that nothing but my firm conviction that Hester is at this moment telling it to Mrs. Creevey could induce me to tell it to you.’
“Then he said that the money belonging to this office of his in the Duchy being always paid into Biddulph’s or Cox’s bank (I think it was) at Charing Cross, it was his habit to look in there. There was one particular clerk who seemed always so fond of him, and so proud of his acquaintance, that he every now and then cajoled him into advancing him £10 or £20 more than his account entitled him to. . . . That morning he thought his friend looked particularly smiling upon him, so he said:—
‘”I looked in to see if you could let me have ten pounds.’
“‘Ten pounds!’ replied the clerk; ‘to be ‘sure I can, Mr. Sheridan. You’ve got my letter, sir, have you not?’
“‘ No,’ said Sheridan, ‘what letter?’
“It is literally true that at this time and for many, many years Sheridan never got twopenny-post letters,* because there was no money to pay for them, and the postman would not leave them without payment.
“‘Why, don’t you know what has happened, sir?’ asked the clerk. ‘There is £1200 paid into your account. There has been a very great fine paid for one of the Duchy estates, and this £1200 is your percentage as auditor.’
“Sheridan was, of course, very much set up with this £1200, and, on the very next day upon leaving us, he took a house at Barnes Terrace, where he spent all his £1200. At the end of two or three months at most, the tradespeople would no longer supply hi
m without being paid, so he was obliged to remove. What made this folly the more striking was that Sheridan had occupied five or six different houses in this neighbourhood at different periods of his life, and on each occasion had been driven away literally by non-payment of his bills and consequent want of food for the house. Yet he was as full of his fun during these two months as ever he could be—gave dinners perpetually and was always on the road between lames and London, or Barnes and Oatlands (the Duke of York’s), in a large job coach upon which he would have his family arms painted.”
* The charge at this time for letters sent and delivered within the metropolitan district was only 2d., payable by the recipient; but country letters were charged from l0d. to 1s. 6d. and more, according to distance.