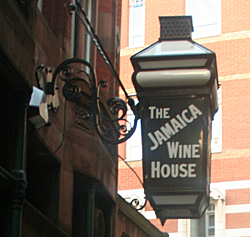 In 1652, a Dalmatian man named Pasqua Rosee brought Middle Eastern coffee to London. He established his shop on the spot now occupied by The Jamaica Wine House pub. If you think the name for this pub is problematic now, just imagine the fun the locals had at London’s very first coffee shop called Pasqua Rosee’s Head. Go ahead and giggle. I’ll wait. 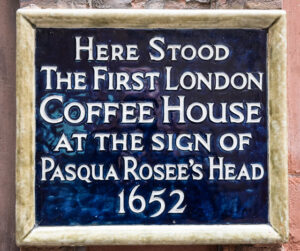 It was a good thing people had fun with the name of the shop. With Oliver Cromwell in charge of England after the execution of King Charles I (30 January, 1649) there was not a great deal of fun to be had. Taverns and other establishments that served beer and liquor were shut down. As Cromwell considered coffee an appropriate and sobering drink the establishment of coffee houses similar to that of Mr. Rosee soon increased exponentially.

It is generally believed Mr. Rosee’s establishment burned in the fire of 1666, but was quickly rebuilt in the same spot. At some point, either before or after the fire, the name was changed to The Jamaica Coffee House. This probably happened around 1655 after Cromwell and his forces conquered the island of Jamaica. The coffee house in St. Michael’s alley then became a meeting place for merchants and traders doing business in this new sugar colony. In fact it became such a hub for any business to do with trade in the Caribbean that many businessmen, merchants, importers, and sea captains used The Jamaica Coffee House as their business address.

A great many of these establishments sprang up in the area of St. Michael’s Alley, Newman’s Court, and Threadneedle Street because of the proximity to the London Exchange, Lloyd’s, and numerous banks. In the late 18th century The Jamaica Coffee House posted the latest news articles about insurrections in the Caribbean, notices of the ships sailing out of London and their cargoes, notices of the ships sailing into London and their cargoes, and various other pieces of information vital to the sugar trade and, as a consequence, the slave trade. 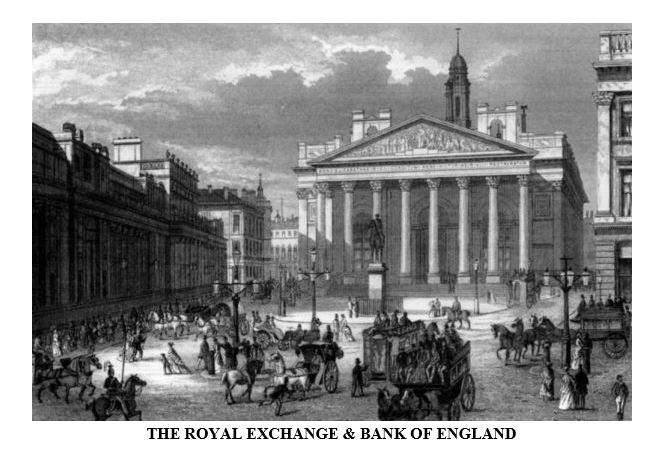 In fact, The Post Man and The Historical Account carried an advertisement in January of 1718 that a fifteen-year-old Black boy named James had run away and ‘whoever brings him back to the Jamaica Coffeehouse in Cornhill shall receive a ten shilling reward.’

A century later, some sources claim the descendants of The Jamaica Coffee House merchants met there to plot against the abolitionist movement and the work of William Wilburforce. 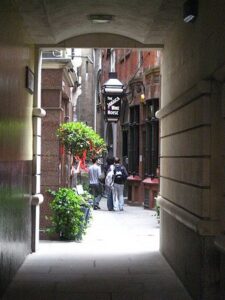 Coffee houses depended on subscribers to keep their businesses going, especially after the defeat of Cromwell and the return of taverns and pubs. The Jamaica Coffee House had anywhere from 250 to 350 subscribers in any given year. The subscription room in this establishment boasted the latest intelligence on trade in Madeira and the West Indies. The supplies of newspapers and shipping lists were said to be extensive. It was considered the most accurate place to acquire any information about mail packets or merchant ships heading to or coming from the West India station. Merchants and businessmen met here in the morning before they went to the Exchange or their counting offices or after their day’s work was done. Another perk offered to subscribers was food in the form of a sandwich bar, coffee, tea, wines, and other liquor.

Eventually The Jamaica Coffee House became The Jamaica Wine House, affectionately called The Jampot by the locals, which is also a bit of a misnomer. The first floor is a traditional pub set in the rooms that housed the coffee house. In the basement, which was in fact a wine cellar and storage area, is a wine bar. In the windows of the pub on the main floor ledgers of old transactions from the coffee house heyday are displayed in the windows. It is said Charles Dickens used The Jamaica Coffee House as the model for Ebenezer Scrooge’s office in A Christmas Carol. And, of course, the ghost of a woman in grey haunts the George and Vulture next door and has been known to accost those leaving The Jamaica Wine House by way of St. Michael’s Alley.