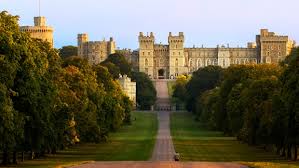 December 15th.—Went on Wednesday to a Council at Windsor, and after the Council was invited to stay that night; rode with the Queen, and after riding Melbourne came to me and said Her Majesty wished me to stay the next day also. This was very gracious and very considerate, because it was done for the express purpose of showing that she was not displeased at my not staying when asked on a former occasion, and as she can have no object whatever in being civil to me, it was a proof of her good-nature and thoughtfulness about other people’s little vanities, even those of the most insignificant. Accordingly I remained till Friday morning, when I went with the rest of her suite to see the hounds throw off, which she herself saw for the first time.

The Court is certainly not gay, but it is perhaps impossible that any Court should be gay where there is no social equality; where some ceremony, and a continual air of deference and respect must be observed, there can be no ease, and without ease there can be no real pleasure. The Queen is natural, good-humoured, and cheerful, but still she is Queen, and by her must the social habits and the tone of conversation be regulated, and for this she is too young and inexperienced. She sits at a large round table, her guests around it, and Melbourne always in a chair beside her, where two mortal hours are consumed in such conversation as can be found, which appears to be, and really is, very up-hill work. This, however, is the only bad part of the whole; the rest of the day is passed without the slightest constraint, trouble, or annoyance to anybody; each person is at liberty to employ himself or herself as best pleases them, though very little is done in common, and in this respect Windsor is totally unlike any other place. There is none of the sociability which makes the agreeableness of an English country house; there is no room in which the guests assemble, sit, lounge, and talk as they please and when they please; there is a billiard table, but in such a remote corner of the Castle that it might as well be in the town of Windsor; and there is a library well stocked with books, but hardly accessible, imperfectly warmed, and only tenanted by the librarian: it is a mere library, too, unfurnished, and offering none of the comforts and luxuries of a habitable room.

There are two breakfast rooms, one for the ladies and the guests, and the other for the equerries, but when the meal is over everybody disperses, and nothing but another meal reunites the company, so that, in fact, there is no society whatever, little trouble, little etiquette, but very little resource or amusement. The life which the Queen leads is this: she gets up soon after eight o’clock, breakfasts in her own room, and is employed the whole morning in transacting business; she reads all the despatches, and has every matter of interest and importance in every department laid before her. At eleven or twelve Melbourne comes to her and stays an hour, more or less, according to the business he may have to transact At two she rides with a large suite (and she likes to have it numerous); Melbourne always rides on her left hand, and the equerry in waiting generally on her right; she rides for two hours along the road, and the greater part of the time at a full gallop; after riding she amuses herself for the rest of the afternoon with music and singing, playing, romping with children, if there are any in the Castle (and she is so fond of them that she generally contrives to have some there), or in any other way she fancies.

The hour of dinner is nominally half-past seven o’clock, soon after which time the guests assemble, but she seldom appears till near eight. The lord in waiting comes into the drawing-room and instructs each gentleman which lady he is to take in to dinner. When the guests are all assembled the Queen comes in, preceded by the gentlemen of her household, and followed by the Duchess of Kent and all her ladies; she speaks to each lady, bows to the men, and goes immediately into the diningroom. She generally takes the arm of the man of the highest rank, but on this occasion she went with Mr. Stephenson, the American Minister (though he has no rank), which was very wisely done. Melbourne invariably sits on her left, no matter who may be there; she remains at table the usual time, but does not suffer the men to sit long after her, and we were summoned to coffee in less than a quarter of an hour. In the drawing-room she never sits down till the men make their appearance. Coffee is served to them in the adjoining room, and then they go into the drawing-room, when she goes round and says a few words to each, of the most trivial nature, all however very civil and cordial in manner and expression.

When this little ceremony is over the Duchess of Kent’s whist table is arranged, and then the round table is marshalled, Melbourne invariably sitting on the left hand of the Queen and remaining there without moving till the evening is at an end. At about half-past eleven she goes to bed, or whenever the Duchess has played her usual number of rubbers, and the band have performed all the pieces on their list for the night. This is the whole history of her day: she orders and regulates every detail herself, she knows where everybody is lodged in the Castle, settles about the riding or driving, and enters into every particular with minute attention. But while she personally gives her orders to her various attendants, and does everything that is civil to all the inmates of the Castle, she really has nothing to do with anybody but Melbourne, and with him she passes (if not in tete-a-tete yet in intimate communication) more hours than any two people, in any relation of life, perhaps ever do pass together besides (1) He is at her side for at least six hours every day— an hour in the morning, two on horseback, one at dinner, and two in the evening. This monopoly is certainly not judicious; it is not altogether consistent with social usage, and it leads to an infraction of those rules of etiquette which it is better to observe with regularity at Court. But it is more peculiarly inexpedient with reference to her own future enjoyment, for if Melbourne should be compelled to resign, her privation will be the more bitter on account of the exclusiveness of her intimacy with him. Accordingly, her terror when any danger menaces the Government, her nervous apprehension at any appearance of change, affect her health, and upon one occasion during the last session she actually fretted herself into an illness at the notion of their going out. It must be owned that her feelings are not unnatural, any more than those which Melbourne entertains towards her. His manner to her is perfect, always respectful, and never presuming upon the extraordinary distinction he enjoys; hers to him is simple and natural, indicative of the confidence she reposes in him, and of her lively taste for his society, but not marked by any unbecoming familiarity.

Interesting as his position is, and flattered, gratified, and touched as he must be by the confiding devotion with which she places herself in his hands, it is still marvellous that he should be able to overcome the force of habit so completely as to endure the life he leads. Month after month he remains at the Castle, submitting to this daily routine: of all men he appeared to be the last to be broken in to the trammels of a Court, and never was such a revolution seen in anybody’s occupations and habits. Instead of indolently sprawling in all the attitudes of luxurious ease, he is always sitting bolt upright; his free and easy language interlarded with ‘damns’ is carefully guarded and regulated with the strictest propriety, and he has exchanged the good talk of Holland House for the trivial, laboured, and wearisome inanities of the Royal circle.

1 The Duke of Wellington says that Melbourne is quite right to go and stay at the Castle as much he does, and that it is very fit he should instruct the young Queen in the business of government, but he disapproves of his being always at her side, even contrary to the rules of etiquette; for as a Prime Minister has no precedence, he ought not to be placed in the post of honour to the exclusion of those of higher rank than himself.