Skip to content
There was a period of a few years when I couldn’t go anywhere without falling over mourning related items. In an antique shop in Nassau in the Bahamas (!?) I found a complete issue of the London Illustrated News covering the Duke of Wellington’s funeral. 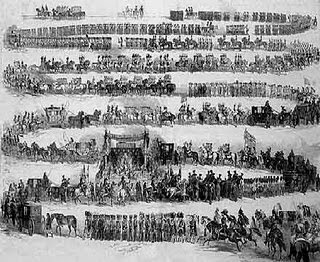 A drawing from the Illustrated London News of the Duke’s funeral procession.
And I found the issue below focused on the death of Queen Victoria while in England. 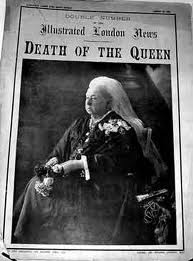 In addition, I regularly found mourning photographs, or postcards, featuring royal figures. The advent of photographs, and especially daguerreotypes in 1839, made portraiture available to everyone and it was soon adapted for mourning purposes, with Queen Victoria embracing the medium wholeheartedly. Due to published images of Queen Victoria and her family in mourning for Prince Albert like those below, it soon became the vogue to have photos made of oneself in mourning. 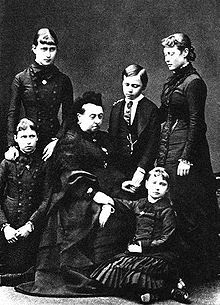 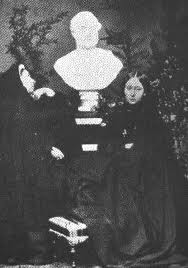 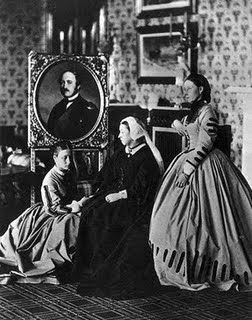 In addition, the old fashioned mourning, or momento mori, memorabilia issued upon the deaths of public figures also adapted photographs into their designs. 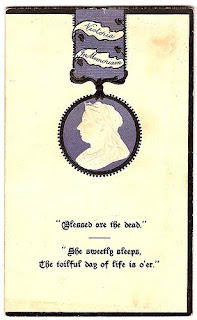 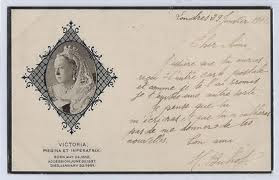 Photographs were also taken during public funerals, like that for Queen Victoria below. 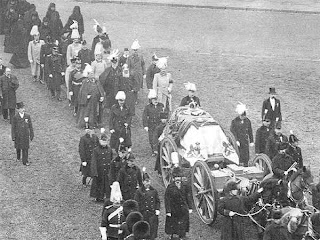 When Napoleon III died, the Illustrated London News of January 25, 1873 ran the following engraving, which was drawn from a post mortem photograph taken by Mssrs. Downey. By this time, photographs of mourners and funerals had taken a back seat to photographs of the dead themselves. 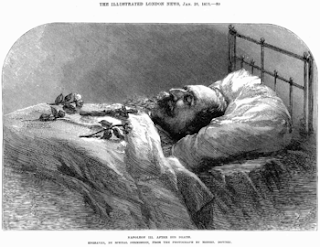 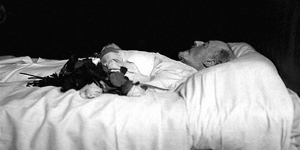 This is one of several postcard photos of Edward VII from my collection and it was the first time I’d been confronted with an actual photograph of a corpse, albeit a royal one. It prompted me to do more research into the topic and, while I initially found the photo of the dead king unsettling, I now see it as downright benign when compared others that exist.

Warning: While I’ve decided not to include the most unsettling mourning photographs I’ve found in this post, the following images were chosen as representative of the genre and may still prove disturbing to some viewers.
It must be remembered that photography was relatively expensive during the Victorian period. The vast majority of the public did not have photographs of themselves or their families, much less paintings, busts or other likenesses. Therefore,
to a certain degree, it’s understandable that people considered the death of a loved one to be their last chance to have an image taken of them. Hence, an entire industry in mourning photography sprang up. The widest sector of these photographs deal with the death of a child and are often heartwrenching. 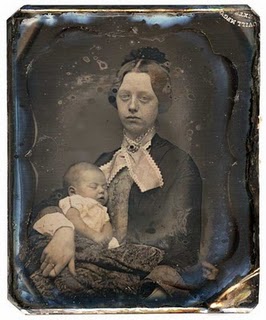 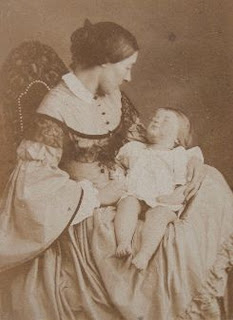 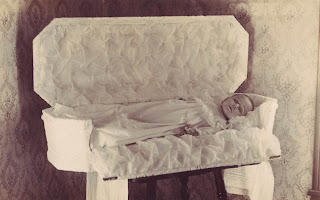 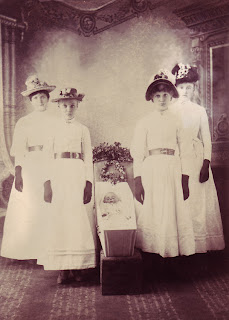 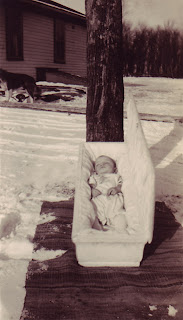 This photo is just inexplicable.
Disturbing as photos of prepared corpses may be, they are far more understandable than the photos taken of the dead who have been placed in various poses, such as the one below. 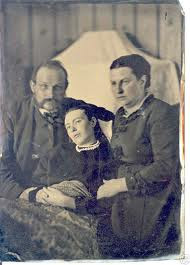 I chose to use this photo of parents sitting on either side of their deceased daughter as representative of the posing of the dead since it’s the least offensive. There are photographs of children and adults propped up in attitudes of play and in prayer. There’s a particularly macabre photo of a dead fireman who has been propped up on a stand like a mannequin, dressed in uniform and wearing his hat. All of these photos have one thing in common – it is evident in each that the subject is deceased. The “lifelike” poses aren’t fooling anyone. In some cases, the dead, white, unseeing eyes of the subject aim straight at the camera.

And lest you think that mourning photography was confined to humans, here is a Victorian photograph of the pet cemetary in London’s Hyde Park. 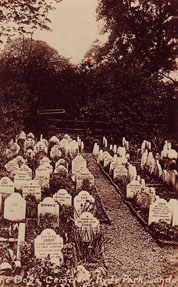 And here is another photo of four grieving women, this time mourning a dog and looking much less creepy than the four females in the previous photo above. 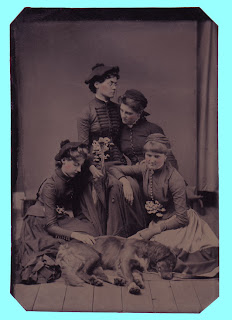 Should you wish to see the mourning photos I chose not to use in this post, visit photographer Paul Frecker’s site here and a gallery hosted by the Museum of Mourning Photography here.