Skip to content
Queen Victoria owned many breeds of dogs over her long lifetime, including Pugs and Dachsunds and Cavalier King Charles Spaniels. 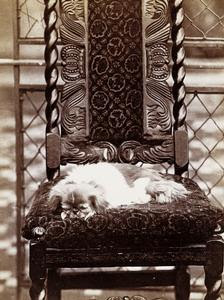 Looty, the first Pekingese dog in Britain, brought by Captain Dunne, 99th Regiment, from Yuanming Yuan, the Summer Palace near Beijing, as a gift for Queen Victoria in April 1861. Dunne had found Looty in the burned out remains of the Summer Palace at Pekin, curled up amongst soft shawls and rugs in one of the wardrobes. 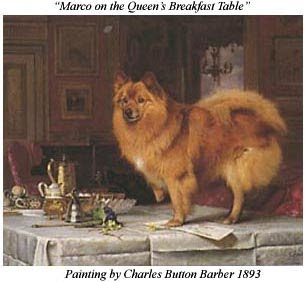 During a trip to Italy in 1888, the Queen purchased a sable red Pomeranian she named Marco and brought him back to England. Marco weighed only 12 pounds and many dog historians point to him as being the instigator of the desire to breed smaller Pomeranians. Marco went on to compete under the Queen’s name in many dog shows and he won many honors. Victoria also bought three other Poms on the same trip to Florence in 1888 and the most famous next to Marco was a cute little female named Gina who also became a champion at London dog shows. 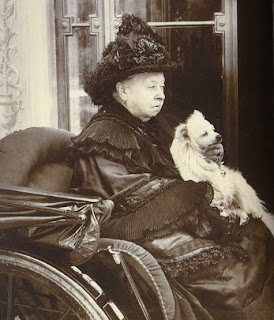 Dogs and dog shows nowadays seem such a large part of British life but it wasn’t until 1803 that the first Great International Dog Show was held at the Agricultural Hall, Islington, two classes being provided for Bulldogs, while the first Crystal Palace Show was held in 1870. 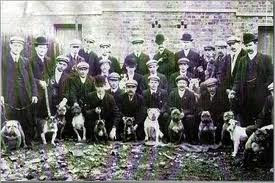 Crufts Dog Show, now a British institution, dates back to 1891. Its founder, Charles Cruft, managed a dog biscuit manufactury and eventually held a sales position for the firm that allowed him to travel and gain valuable exposure to many different dogs and dog enthusiasts. In 1878 he was asked to promote and organize the canine portion of the Paris Exhibition, and became involved with dog breeds shortly thereafter. His debut dog show took place in Islington, North London in 1886. 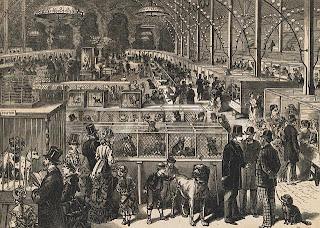 Queen Victoria had Poms bred at the kennels at Windsor, which prompted English dog fanciers to begin breeding smaller and smaller Poms, and when the adult dogs began to hit below eight pounds they were called Toy Pomeranians. In 1891, Queen Victoria showed six Poms at the Cruft’s Dog Show. In 1888 the first American Pom was entered into the American Kennel Club’s stud book, and in 1892 the first Pom to be shown in America was entered in a dog show in New York.

Of course, Queen Victoria was not the only Royal to have been fond of dogs. Elizabeth of York, mother of King Henry VIII, was known to have bred and kept greyhounds. There was King Charles and his spaniels, which were also kept by King Edward VII and George V, while Queen Charlotte, consort of George III, kept pugs.  In 2009, British news outlets reported that Prince William gifted his girlfriend, Kate Middleton, with a chocolate Labrador. And then there is the Pembroke Welsh Corgi . . . . . . . . 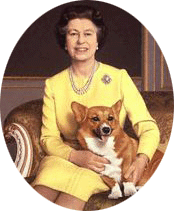