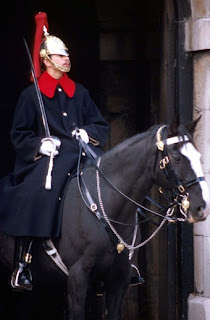 SEFTON served with the British Army for 17 years from 1967 to 1984, coming to prominence when he was critically injured in the Hyde Park and Regent’s Park bombings of July 20, 1982. Eight soldiers on ceremonial duty were killed in two IRA bomb blasts. The first blast, in Hyde Park, killed two soldiers and injured 23 others and the second explosion, in Regents Park, less than two hours later killed six soldiers instantly and injured a further 24 people.

In the first incident a nail bomb in a blue Austin car was detonated as members of the Household Cavalry made their way to the changing of the guard from their barracks in Knightsbridge. Seven horses were killed or so badly maimed they had to be destroyed. Another device exploded underneath the bandstand in Regents Park as the Royal Green Jackets played music from Oliver to 120 spectators.

Regimental commander, Lt Col Andrew Parker-Bowles, ex-husband of Camilla Parker-Bowles, the current Duchess of Cornwall, raced to the scene of the first blast on foot. Arriving quickly he met a groom leading a severely wounded horse, Sefton. Blood gushed from a huge hole in the horse’s neck and Parker-Bowles instructed the groom to take off his shirt and stuff it into the wound. Unfortunately the groom had sustained his own injury in the bomb blast, a four-inch nail pierced the man’s hand. Another man sacrificed his shirt and helped staunch the blood flowing from Sefton’s neck. Sefton suffered 28 separate wounds to his body from the nail bombs. One 2 x 1 shard severed his jugular vein. Five four inch nails were implanted to half their length into his face, one spiked his back. His stifle and flanks were gored by searing shrapnel from the car. His right eye was burned and the cornea damaged. His rider, Trooper Pederson, injured too by the flying nails, when ordered to dismount, stood dazed, holding the valiant horse. Sefton underwent eight hours of surgery and became a media sensation and a household name. He was 19 years old at the time of the bombings and recovered sufficiently to return to active service and was subsequently awarded “Horse of the Year.” 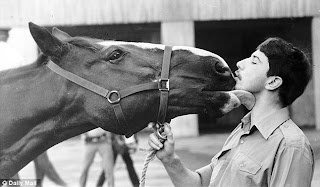 Sefton pictured after making a full recovery with trooper Michael Pedersen, also injured in the attack.

Born in Ireland, Sefton joined the Army in 1967. He was 16 hands high and spent the early years of his army career as a school horse, teaching new recruits to ride.  in 1975, despite having socks and a blaze, he found his way into the Household Cavalry Mounted Regiment, which normally recruited only totally black horses. The Household Cavalry recorded that he was a horse of great courage and character. Trooper Pederson reported that Sefton responded so bravely when the bomb exploded that there was no chance of being thrown from him. 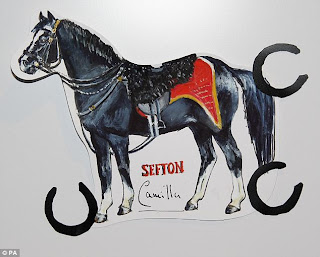 A watercolour painting done by the Duchess of Cornwall of Sefton for a 2011 exhibition War Horse: Fact and Fiction at central London’s National Army Museum.

In 1984, Sefton was retired from the Household Calvary to The Home of Rest for Horses in Speen, Bucks, and stayed there until July 9, 1993. He became incurably lame from the injuries he suffered and was put to sleep at the age of 30.

Sefton’s legacy remains through The British Horse Society Sefton Awards, set up in 1984, and there is the Sefton Equine Referral Unit, which is based at the Royal Veterinary College. Household Cavalry tradition dictates that horses’ names are re-used, which ensures that Sefton’s memory will live on. 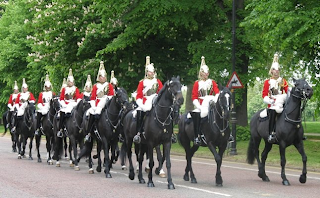 A monument to the tragedy that killed 11 people and seven horses, injured Sefton and eight of his stablemates, was erected on the spot where the bomb went off in Hyde Park and daily the troop honors it with an eyes left and a salute with drawn swords.

The soldiers who lost their lives that day –

The seven horses of the Blues and Royals that were killed were:

3 thoughts on “THE STORY OF SEFTON”