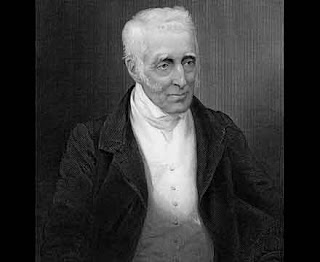 After the Battle of Waterloo, the nation presented the Duke of Wellington (left) with Strathfieldsaye, an estate between Basingstoke and Reading. The Duke, wishing to commemorate the event, planted a number of beech trees as a lasting memorial, which were known as “the Waterloo beeches.” Perhaps the Duke chose beeches due to the beech forest of Soignes, which lines the road between Brussels and Waterloo and through which the Duke would have ridden many times. In fact, the forest is so impressive that many contemporary odes and poems about Waterloo mention these “noble beeches.”

Some years later, the eminent arboricultural author, John Loudon (below), writing on the subject of the relative ages and sizes of trees, wrote to the Duke for permission to view the beeches at Stratfield Saye. 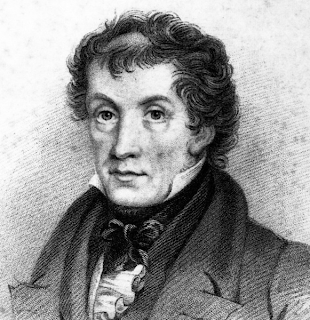 The Duke of Wellington received Loudon’s letter while sitting in the House of Lords. It was a note to this effect: “My Lord Duke—-It would gratify me extremely if you would permit me to visit Strathfieldsaye at any time convenient to your grace, and to inspect the Waterloo beeches. Your grace’s faithful servant, J. C. Loudon.”

Now, while Louden was an eminent horticulturalist, his handwritting could have stood some improvement.  The Duke read the letter twice, the writing of which was not very clear, and he took the signature to be that of J.C. London – the Bishop of London. He also mistook the word “beeches” to read “breeches.”

With his usual promptness and politeness, the Duke replied as follows, “My dear Bishop of London—It will always give me great pleasure to see you at Strathfieldsaye. Pray come there whenever it suits your convenience, whether I am at home or not. My servant will receive orders to show you as many pairs of my breeches as you may wish, but why you should wish to inspect those I wore at the battle of Waterloo is quite beyond the comprehension of Yours most truly, Wellington.” 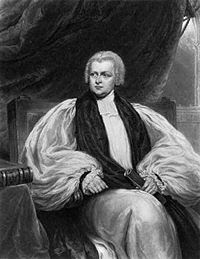 The letter was received, as may be supposed, with great surprise by the Bishop of London (at left). He showed it to the Archbishop of Canterbury and to other discreet persons; they came to the melancholy conclusion that the great Duke of Wellington had evidently lost his senses. The Bishop of London (Blomfield) declared that he had not written to the duke for two years and to receive this extraordinary intimation puzzled the whole bench of bishops. Likewise, the Duke of Wellington had been having his own doubts as to the sanity of the Bishop of London and had been making his own discreet inquiries. Finally, the mistake was discovered, the original writer identified and all doubts about the sanity of two of England’s greatest minds were put to rest. No doubt Loudon was, indeed, allowed to visit the beeches and we have, preserved for posterity, yet another wonderful anecdote concerning the Duke of Wellington.