Britain is dotted with Roman sites, often a surprise to visitors.  The Romans were here for 400 years….think back from today to 1618.  Seems like a very long time ago, but that’s how many centuries the Romans ruled most of Britain.

As any first-year Latin student knows (as if there are any of them around these days), Caesar led his armies all over Europe, writing “Veni, vidi, vici,” meaning ‘I came, I saw, I conquered.’ This didn’t pertain to Britain but the spirit certainly did.

Another artist’s idea of London showing a circular arena/amphitheatre in the lower center.  The remains of such a structure were discovered in 1988 when excavations for the new Guildhall Art Gallery, replacing one bombed in WWII, uncovered Roman remains. Now below the art, one can visit the outlines of the ancient scene of gladiatorial combat. 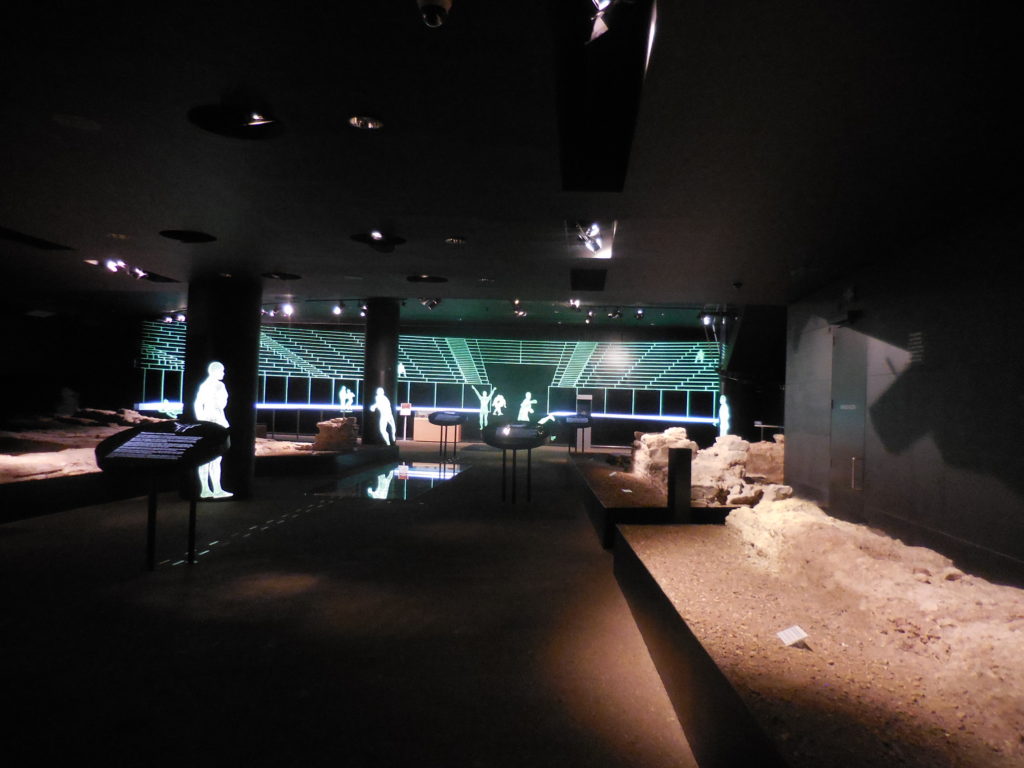 There are even the remains of the contestants. 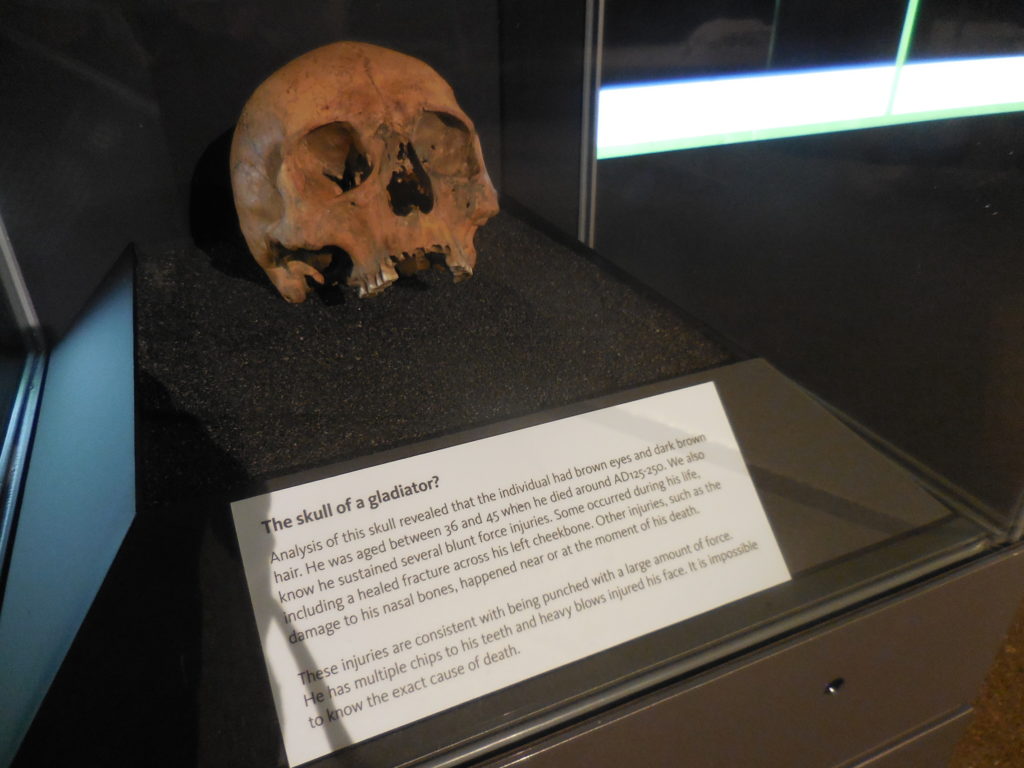 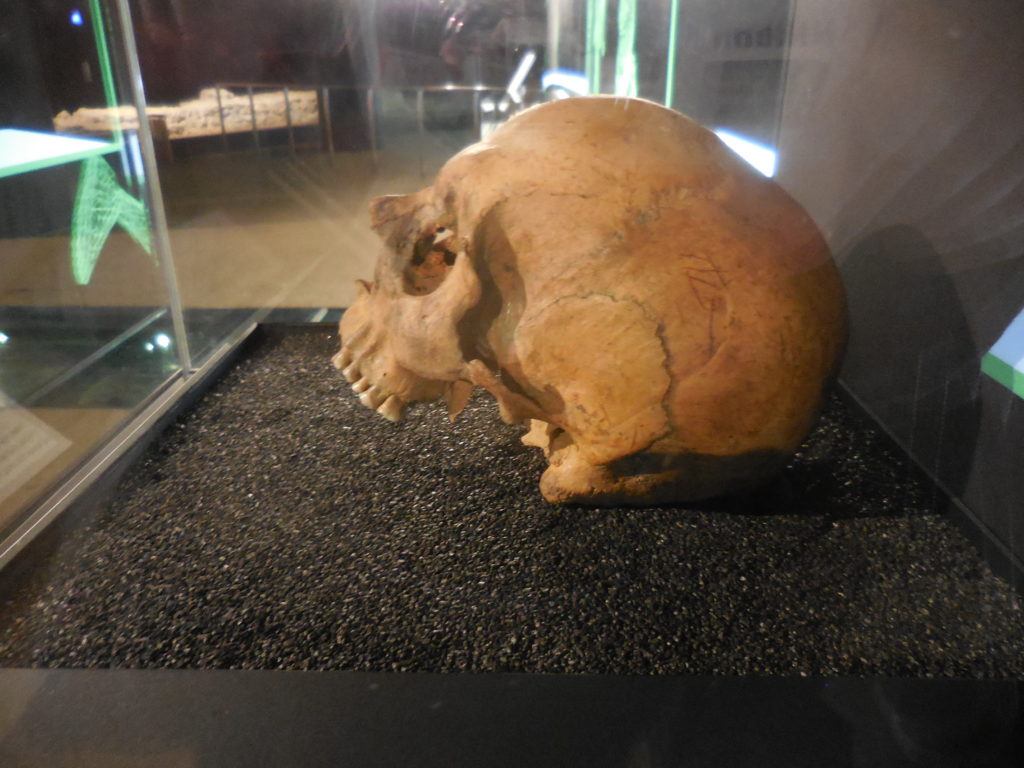 Remains of the Roman Walls around London can be seen in several locations.

Below, the view of the Roman Baths in — where else? — the City of Bath. The warm waters bubbling up from deep in the earth proved soothing to many centuries of visitors, including me.

The ‘new’ modern complex was a true treat.

Some of Britain’s most famous sites are Hadrian’s Wall, almost at the Scottish border, and its several forts.

Fascinating Roman artifact from British sites fill rooms at the British Museum, below, with architecture inspired by Rome’s glory days but constructed in 1823.

Many of the Roman legionaries were followers of the cult of Mithras, a religion popular in ancient Rome. A large Temple of Mithras was found in Londonium.

Thousands of coins not to mention all sorts of jewelry, household items and weapons from Roman days have been found in Britain. And many villas have been fully or partly-excavated in all corners of the land.

In West Sussex, excavations have uncovered the remains of a large Roman complex which housed many and carried out many functions from fishing and shipping to agriculture. As even in today’s U.K., great wealth came from the production of wool.  Love those sheep!

Boy on a Dolphin is the subject of this intricate floor mosaic.

Also in West Sussex is the Bignor Roman Villa, with more complex and stunning mosaics.

In Gloucestershire, the Chedworth Roman Villa can be compared to some of the remaining 17th-19th century great country houses of Britain as centers of political and social hegemony as well as repositories of art and culture  and centers of communities of agricultural and technological innovation.

An artist’s evocation of the estate.

More mosaics…only a few of the many treasures left for us by the Romans.