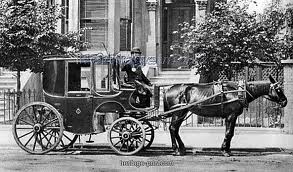 Thousands of horses are imported and exported annually. So great is the Continental trade, that at Harwich, for instance, the Great Eastern Railway Company have provided stabling for eighty horses, which is frequently full. As many as 120 have been sent across the sea in one boat, most of them being Irish; indeed, the whole Belgian army used to be horsed from Ireland, the shipments, of course, going direct. We import mostly for the cheaper kinds of work, and we export for hard work, breeding, and waste, and in a whisper be it mentioned, for various food preparations, though not largely for these last. Sometimes the exports exceed the imports; sometimes, and oftener, the balance is the other way; though it is always on the right side as far as cash is concerned, for the imported horses average 111. as their value, while the exported horse is worth 54L.

In 1890, 19,400 horses came into this country and 12,900 went out; in 1889, 13,800 came in and 14,200 went out; and in three years the exports realised 2,532,000L, while the imports were declared at only 804,000L In 1876, when our horse-world was in a bad way, as many as 40,700 came in, but the imports have ever since shown a tendency downwards. Of these foreigners London has always taken the largest share. They are of all classes. On one occasion Tattersall’s sold a batch of carriage horses from the States—good upstanding animals of sixteen hands or more, with good teeth and the uncut tail so much valued by jobmasters for their fashionable hirers, and these fetched in some cases 80 and 120 guineas. But the bulk of our imports are not of this quality, and come from nearer home. The draught horses come in from Denmark, Holland, Belgium, and Prance; the ponies from Norway and Sweden, and East Russia and Poland and Finland; the riding and driving horses from Hanover and Hungary. Some, as we have seen, come from the United States, some from Canada—the Canadian horse having many admirers—and even the South American mustang and the South Russian tarpan have figured in the carriages with less than four wheels licensed by the Board of Inland Revenue. 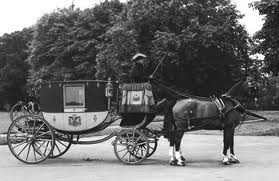 It is the general opinion that our carriage horses are not as good as they used to be, and we are told of the wonderful work that was accomplished by them before the railway monopolised the long-distance passenger traffic. A carriage horse that travels a hundred miles a week is now thought to be a treasure, but many horses in the past did fifty miles a day. The travelling carriage with its two horses would then do about ten miles at the rate of six or seven miles an hour, and halt for a quarter of an hour, during which the horses would wash out their mouths and eat a wisp of hay; the next stage would be about six miles, when there would be a halt for half an hour, during which the horses would be unharnessed and rubbed well down and fed with half a peck of corn; at the end of another ten miles there would be a halt of a quarter of an hour and a bait as before; at the end of six miles further there would be a halt of two hours, during which the horses would have both hay and corn; then would come another ten-mile stage, ending with a quarter of an hour’s bait; and then would come the remaining eight miles, at the end of which the horses would have a mash before their night meal. This was the way people travelled when George the Fourth was King, or perhaps it would be more correct to say, ‘the way some people travelled,’ for it is clear enough that this sort of horse was the exception and not the rule. Of course, a large number went by post-horses; and then there was the coach traffic, so curiously limited in its capacity.

There are coaches now; even during the winter there are half-a-dozen working on the roads to and from London; but these coaches can hardly be taken seriously as representing the coach of those ‘glorious old days,’ the recollection of which has lasted so much longer than their existence.

The mails have been carried by train for a longer period than they were carried by coach. The first mail coach appeared in August 1784, it having been then introduced by Major Palmer, the Duke of Richmond’s son-in-law. What may be called the dominant idea of his invention was the cutting up of the road into short stages so as to change horses every ten miles, and use just as many horses as there were miles to be travelled. About 1835, when coaching was in its prime, there were seven hundred coaches at work, and these averaged ten miles an hour. Each horse ran for only one hour in the twenty-four, and stayed at home on the fourth day. He lasted about four years, and he cost 25Z. to buy; but the horses used within the tenmile radius of the large towns were very different from the roughish cattle that took their places along the country stretches. Nowadays our coaches are horsed with teams of level excellence all the way down. To horse the Brighton coach of 1891 forty-five horses were used, and these at Aldridge’s realised under the hammer 3,811 guineas, or an average of 85 guineas each. In 1877 the Brighton stud fetched 80L each; in 1878 they fetched 75L; in 1885 the Guildford horses fetched 74L 10s. each, and next year the Windsor horses fetched over 601. The truth is that our modern coachhorses are really hunters, while the business coachhorse of the past was more of an omnibus horse. Of course the only coach-horses that come into our London ‘world’ are those used on the home stage, and their number is insignificant in a herd of hundreds of thousands such as that with which we are dealing.

As with the horses so with the coach. The present coach is merely a drag for passengers only, and differs greatly from the old mail, which went swinging along, with a lurch every now and then, no matter how cleverly it might be ballasted. Its fore boot was full of parcels, so was its hind boot; its roof was piled up with baggage, with a tarpaulin lashed over the pile; game and baskets were hung on to its lamp irons; and underneath it was a ‘cradle’ of more luggage, all carefully packed, it is true, but giving a very different look to the whole affair than we get to-day in the handsome drags that leave the Metropole. The coaches, as now, were mostly supplied by contract. Vidler of Millbank was the great man, and he used to sell them right out at 140 guineas, or lend them out at so much a mile. And the horses were also hired out. Chaplin was the largest contractor; he had 1,700 horses at one time at work on the roads out of London. Horne was another contractor in an expansive way; he, like Chaplin, had been a driver, and the time came when he became his partner, and dropping coaching took to cartage, for which, as Chaplin and Home, they became better known.

As London now has its Cart-horse Parade, it had then its parade of mail coaches, which took place at Millbank, where the coaches were mostly built and the harness made. It was held on May Day, and brought together all the large London coach proprietors, the Sherborns, the Hearnes, the Faggs, and others, men who prided themselves on the fact that nowhere in the world were to be found such horses, such coaches, such drivers, or such guards. ‘The coaches and harness were either new or newly painted and furnished,’ says Mr. J. K. Fowler in his interesting Echoes of Old Country Life, ‘the horses in the pink of condition and beauty, the coachmen and guards in new liveries of scarlet and gold, each proprietor vieing with his opponent in an endeavour to produce the most perfect turn-out. Critics abounded, and the judges gave the awards unbiassed by any predilections for the teams which passed through their respective districts. The procession started, and dense crowds of spectators thronged the route from Westminster, through the Strand, Fleet Street, and Ludgate Hill, by the Old Bailey, to the General Post Office.’