So, here we are at St. Kenelm’s Church on a cold, wet, foggy December day when our surroundings look for all the world like a Hammer Studios horror movie set. On the day we visited, the air was crisp and cold and the place was as deserted as it looks in the photos below. There was nary a footprint to be seen in the graveyard and it was so quiet that you could hear the snow crunch beneath your boots with each step. . . no one spoke . . . . . no one dared to break the eerie silence as we made our way through the ancient tombstones . . . . .  don’t be afraid – I’m sure the legends of the Minster Lovell Hall ghost are just rumour . . . . . . . . 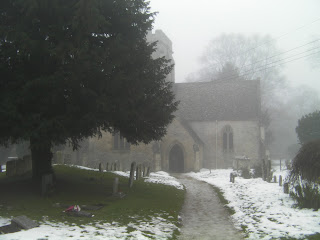 St Kenelm’s church in Minster Lovell (above) is mainly 15th century, built on the foundations of an earlier priory minster. This explains the unusual cruciform shape with a central tower. The whole church is “almost entirely unaltered and has handsome details” (Pevsner). It is situated next to the ruins of Minster Lovell Hall, pictured below. 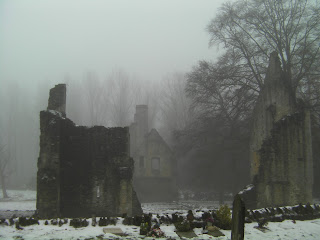 From Kelly’s Directory 1891 – To the south-east of the church, near the river Windrush, are the ruins of an ancient mansion, formerly the residence of the Lovell family: the buildings, when perfect, formed a square, the south side being parallel to the river and within a few feet of its bank; the whole of the south and east sides are now destroyed and the only portions standing are the north side, part of a tower at the south end of the western side and a low wall attached to it, with several fine but now roofless and dismantled apartments; in 1708, during the rebuilding of a chimney here, a large vault was discovered in which was found the entire skeleton of a man sitting at a table on which were writing materials and a book and it has been assumed that Lord Lovell, who disappeared after the battle of Stoke, made his way to his house here, and concealing himself in this vault, was eventually starved to death; on his death, his titles, including the baronies of Lovell and Holland, Dean Court and Grey of Rotherfield, became extinct, and that of Beaumont fell into abeyance between his sisters, but was called out 16 Oct. 1840, in favour of Miles Thomas Stapleton esq. of Carlton, Yorks, one of the co-heirs thereto. The estates of the Lovells, confiscated by Henry VII, were subsequently granted to the Comptons, Cecils and other powerful families.

** An alternate version of the story of Lord Lovell is that he returned with his faithful dog to the Hall and was locked into the secret chamber by his faithful valet, who breathed not a word of Lord Lovell’s whereabouts to a single soul and who came twice a day to feed his master and his master’s dog. The valet, unfortunately, died before he could share his secret with anyone and so Lord Lovell and the faithful dog perished together, starving to death in their self imposed hiding place.

*** Yes, the place is rumoured to be haunted. By both man and dog.  And what a perfect location for a ghost, visually. You couldn’t get much more Byron-esque if you tried. 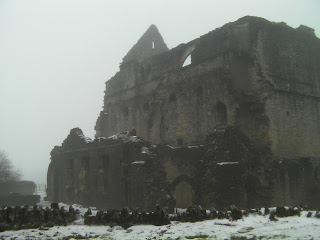 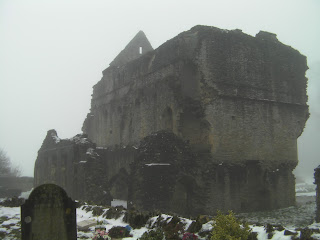 I’ll leave you with images that are sure to conjure up visions of Christopher Lee . . . . . 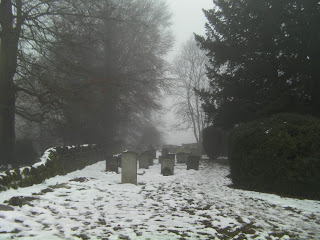 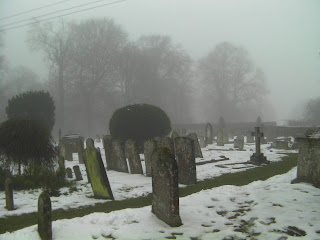