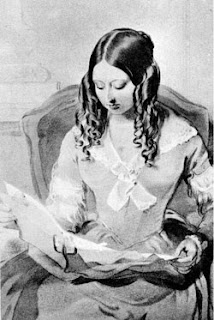 William IV was born 21 August 1765 (d. 20 June 1837) and became King of the United Kingdom of Great Britain and Ireland and of Hanover from 26 June 1830. William, the third son of George III and younger brother and successor to George IV, was the last king and penultimate monarch of the House of Hanover. Today, we’ll take a look at one of William IV’s birthday celebrations, which didn’t turn out very well for himself or for his young niece, Queen Victoria.

For the Princess Victoria, a childhood which promised both privilege and affection was overshadowed by the mechanizations of Princess Victoria’s mother, the Duchess of Kent, and by Sir John Conroy, both of whom used her as a pawn during a royal power play.

Victoria’s father, the Duke of Kent, had chosen John Conroy as his Military Equerry in 1817 and after his death, Conroy offered his services to the Duchess. He also acted as Comptroller to Princess Sophia, one of George IV’s younger sisters. Conroy, his wife and two daughters moved into Kensington Palace and Conroy was soon working his influence over the Princess and future queen, as well as over her mother. He pushed to have the Duchess of Kent named Regent should both George IV and the Duke of Clarence die before Princess Victoria reached her majority at age eighteen. For years, Conroy worked to banish all influence upon the Kents except his own. In 1830, Adelaide, Duchess of Clarence, warned the Duchess of Kent that certain people had noted that Conroy “tries to remove everything which might obstruct his influence, so that he may exercise his power alone, and alone, too, one day reap the fruits of his influence.”

Conroy’s methods of controlling the Kents became known as the “Kensington System.” He convinced the Duchess to dismiss Baroness de Spath, her Lady-in-Waiting for over twenty-five years, and tried to rid the palace of Lehzen, Princess Victoria’s governess, as well. The fact that Lehzen enjoyed royal favour from the King was the only thing that saved her. In order to control the Duchess, Conroy constantly warned her that George IV was the greatest despot who ever lived and that the King was talking of taking her child away from her. He added that plots to kill the Princess were afoot, prompting the Duchess to place Lehzen by the child’s bed from the time she was put into it until the Duchess herself went to sleep in the next bed. Conroy effectively cut the Princess off from her English relations, insisting she be guarded round the clock from imaginary dangers. 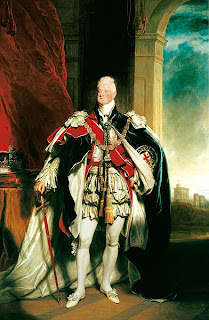 William IV and his wife, Queen Adelaide, were naturally fond of Victoria, desiring to introduce her to Court life. Conroy prevented this, telling the Duchess that no one should be allowed to influence the future Queen but themselves. Petty acts of power followed on both the Duchess and the King’s parts, with the King keeping a tight reign on the purse strings and the Duchess upon her daughter, keeping her away from Court functions whenever possible. Influenced by Conroy, the Duchess planned tours of the country along royal lines for the Princess, in an effort to garner public support. A series of these tours, covering most of England and Wales, took place between 1832 and 1835. The Duchess planned each route so that as many people as possible might see the Princess. Three hundred people attended a ball held in her honour at Burghley House, whilst the mayor and other officials in each town they visited en route waited to greet her. That none of these plans were cleared first with the Palace, and the fact that they amounted to Royal tours worthy of a reigning monarch, infuriated the King. Matters finally came to a head in 1836.

In an attempt to forge better relations with his niece, King William invited she and her mother to Windsor in the summer of 1836 in order to celebrate the Queen’s birthday on August 13th and his own on the 21st (a birthday shared also by Princess Margaret and Kristine Hughes). The Duchess of Kent replied that she preferred to spend her own birthday on August 17th at Claremont, but could be there by the 20th. This snub to the Queen was not overlooked. The King said nothing, allowing her to travel to Windsor in her own good time. However, whilst the Duchess was en route, he paid an impromptu visit to Kensington Palace and found that the Duchess had taken over seventeen rooms which he had previously – and clearly – forbidden her to requisition. The Princess, who’d been delighted with the new apartments, had no knowledge of the story behind the move or the edicts of her uncle.

Fuming at the Duchess of Kent’s latest act of disrespect, the King arrived at Windsor that evening and joined his guests in the Drawing-room, where the first person he spoke to was his niece, Victoria. At the birthday dinner next day, one hundred guests helped the King to celebrate the event. The Duchess was placed at the King’s right hand, Victoria seated across from him. After the meal, the Kings’ health was drunk and he rose to say a few words. And what words they were! Amongst other verbal displays of vitriol, King William expressed the hope that he would live another nine months, until his niece came of age, so that her mother could never become Regent. He went on, “I should then have the satisfaction of leaving the royal authority to the personal exercise of that Young Lady (he pointed to Victoria), the Heiress presumptive of the Crown, and not in the hands of a person now near me, who is surrounded by evil advisers and who is herself incompetent to act with propriety in the station in which she would be placed. I have no hesitation in saying that I have been insulted – grossly and continually insulted – by that person, but I am determined to endure no longer a course of behaviour so disrespectful to me. Amongst many other things I have particularly to complain of the manner in which that Young Lady has been kept away from my Court; she has been repeatedly kept from my drawing-rooms, at which She ought always to have been present, but I am fully resolved that this shall not happen again. I would have her know that I am King, and that I am determined to make my authority respected, and for the future I shall insist and command that the Princess do upon all occasions appear at my Court, as it is her duty to do.” 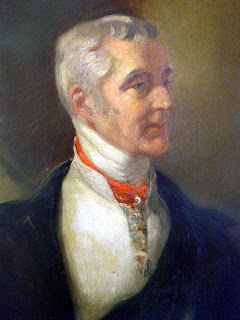 Princess Victoria burst into tears and, once the guests had left, the Duchess ordered her carriage, but was convinced by the Duke of Wellington to spend the night at Windsor in order to avoid further scandal. The Duke of Wellington’s summation of the episode was right on the money, “Very awkward, by God!”

On May 18th, 1837, the King instructed Lord Conyngham, the Lord Chamberlain, to hand deliver a letter to the Princess from himself at Kensington Palace. Conroy and the Duchess both endeavored to intercept the missive, but Conyngham stood fast and placed it into Victoria’s hands. It said that when she came of age, William meant to ask Parliament to vote her an annual income of thirty thousand pounds per year – a fortune at that time. It also authorized Victoria to set up her own household and appoint a Keeper of her Privy Purse. Victoria would come of age on the 24th, just six days away, and her uncle had given her a precious gift – the chance for freedom from the power plays of the Duchess and Conroy. Losing no time, Conroy advanced the idea of his becoming Princess Victoria’s Private Secretary and enlisted the aid of the Duchess in bringing her around to the notion. Together they made Victoria’s life a misery, but she refused to be coerced. In a last ditch effort, they sent for Lord Liverpool, in the hopes of winning him over to their side and enlisting his aid in convincing Victoria to appoint Conroy as private secretary or Keeper of the Privy Purse.

After having spoken to both Conroy and the Duchess, Lord Liverpool met privately with Princess Victoria. She was calm and businesslike and explained her side of the story. In the end, Liverpool agreed that she should not appoint Conroy to any position after his many slights towards her in the past. He instead urged the Princess to do nothing upon becoming Queen other than to send immediately for Lord Melbourne. He, Liverpool assured her, would advise her well and she was safe in putting her trust in Melbourne alone. He also told her that he admired the way she had handled her mother. Conroy and the Duchess, needless to say, were furious at Liverpool’s advice, with a desperate Conroy suggesting that, “If Princess Victoria will not listen to reason she must be coerced.”

It is no wonder that Victoria once commented, “Kensington life for the last six or seven years had been one of great misery and oppression.” Queen Victoria would later write about her childhood to her daughter Victoria, the Princess Royal, in 1858, saying that she, “had led a very unhappy life as a child – had no scope for my very violent feelings of affection – had no brothers and sisters to live with – never had a father – from my unfortunate circumstances was not on a comfortable or at all intimate or confidential footing with my mother – much as I lover her now – and did not know what a happy domestic life was!” For all of her life, Queen Victoria would insist, “I never was happy until I was eighteen.” 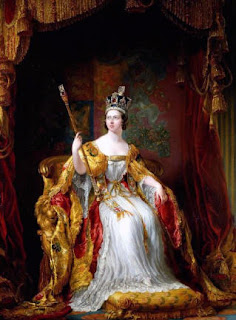 King William IV died on 20 June, 1837. Shortly before six o’clock in the morning, Dr. Howley (Archbishop of Canterbury), Lord Conyngham (Lord Chamberlain), and Sir Henry Halford (Physician to King William), arrived at Kensington Palace. The Duchess of Kent roused her daughter only after being told by the gentlemen that they had come to see The Queen on State business. Queen Victoria recorded the meeting thusly, “I got out of bed and went into my sitting-room (only in my dressing-gown), and ALONE, and saw them. Lord Conyngham then acquainted me that my poor Uncle, the King, was no more, and had expired at 12 minutes past 2 this morning, and consequently I am Queen . . Since it has pleased Providence to place me in this station, I shall do my utmost to fulfill my duty towards my country; I am very young and perhaps in many, though not in all things, inexperienced, but I am sure, that very few have more real good will and more real desire to do what is fit and right than I have.”