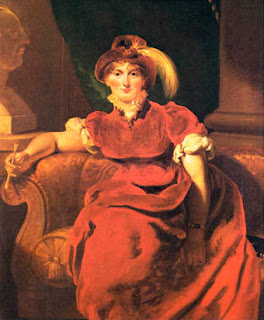 The town of Leatherhead, two miles south of Ashsted, was an ancient market town in Surrey, the market having long been discontinued by the early nineteenth century. The town still held a fair on Lady’s Day, three weeks before Michaelmas, during the Regency period, “but otherwise the town possessed no trade or privilege than what its being a great thoroughfare produces.” The only “remarkables” were the fourteenth-century church and the bridge, which was a very neat structure over the River Mole, built of brick and consisting of fourteen arches.

At this quite and idyllic a spot, however, there occurred a Regency tragedy in 1806 – a coaching accident involving the Princess of Wales. Dr. Hughson described the incident thusly in his Description of London:

“A most dreadful accident occurred in this town in the year 1806. Her royal highness the Princess of Wales, on the afternoon of October 2, was on her way in a barouche, attended by Lady Sheffield and Miss Harriet Mary Cholmondeley, to pay a visit to Mrs. Lock, at Norbury Park (right), and was driven by the princess’s own servants as far as Sutton. At this place post-horses were put to the carriage, driven by the post-boys belonging to the Cock Inn; her highnesses horses remained at Sutton till she returned. On her arrival at Leatherhead, the carriage, which was drawn by four horses, whilst turning around an acute angle of the road, was overturned. It appears that the drivers, through extreme caution, had taken too great a sweep in turning the corner, which brought the barouche on a rising ground, by which it was overset; but before its fall it swung about a great tree.

“The dreadful consequence was, that Miss Cholmondeley was killed on the spot; providentially the princess received no other injury, except a cut on her nose, and a bruise on her arm. Lady Sheffield did not receive the slightest hurt, besides that which overwhelmed the royal party, by the shocking accident. Her royal highness returned to Blackheath the next day.”

The Annual Register expands on the incident:

It is with great concern we have to state the following melancholy accident. Her royal highness the Princess of Wales was this afternoon on her way to the seat of Mr. Locke, at Norbury Park, near Leatherhead, Surrey, in a barouche, attended by Lady Sheffield and Miss Harriet Mary Cholmondeley, and was driven by her royal highness’s own servants. They took post horses, and were driven by the post-boys belonging to the Cock Inn. Her royal highnesses horses and servants were left to refresh in order to take her home that evening. Her royal highness proceeded to Leatherhead, when on turning a sharp corner to get into the road which leads to Norbury Park, the carriage was overturned, opposite to a large tree, against which Miss Cholmondeley was thrown with such violence, as to be killed on the spot. She was sitting on the front seat of the barouche alone. Her royal highness and Lady Sheffield occupied the back seat, and were thrown out together. They went into the Swan Inn, at Leatherhead. Sir Lucas Pepys, who lives in that neighbourhood, and had not left Leatherhead (where he had been to visit a patient) more than a quarter of an hour, was immediately followed, and brought back; and a servant was sent to Mr. Locke’s, with an account of the accident. Mrs. L. arrived in her carriage with all expedition, and conducted the princess to Norbury Park, where Sir Lucas Pepys attended her royal highness and, as no surgeon was at hand, bled her himself. On the following day the princess returned to Blackheath. Her royal highness received no other injury than a slight cut on her nose, and a bruise on one of her arms. Lady Sheffield (wife of Lord Sheffield, who was with her, did not receive the slightest injury. — An inquest was held on the 4th, before C. Jemmet, esq. coroner for Surrey, on the body of Miss Cholmondeley, at the Swan Inn, Leatherhead. It appeared, by the evidence of a Mr. Jarrat at Leatherhead, and of an hostler belonging to the inn, that the princess’s carriage, drawn by four horses, with two postillions, while turning round a very acute angle of the road, was overturned. The drivers, through extreme caution, had taken too great a sweep in turning) the corner, which brought the carriage on the rising ground, and occasioned its being upset. The carriage swung round a great tree before it fell. When the surgeon saw the Princess of Wales, she most benevolently desired him to go up stairs, as there was a lady who stood more in need of his assistance. The surgeon (Mr. Lawden, of Great Bookham) then went to Miss Cholmondeley, and found her totally deprived of life. There was a violent contusion on her left temple; and her death appeared to have been occasioned by the rupture of a blood vessel. The jury returned a verdict of Accidental Death. Miss Cholmondeley was born in 1753, and was the daughter of the late lion, and Rev. Robert Cholmondeluy, rector of Hartingford-Bury, and St. Andrews, Hertford, who was son of the third earl of Cholmondeley, and uncle to the present earl. Her mother is living, and resides in Jermyn-street. On the 8th, at 12 o’clock, the remains of this unfortunate lady were interred in Leatherhead church, close to the spot where lady Thompson, wife of sir John Thompson, some years since lord mayor of London, is buried. The body was, on the evening of the sixth, removed from the Swan Inn to an undertaker’s near the church-yard, and was followed to the grave by her brother, George Cholmondcley, esq. one of the Commissioners of excise; the hon. Augustus Phipps ; William Locke, esq ; S. Gray, esq. and several other gentlemen. The fatal spot where this amiable lady met her sudden death is still visited by crowds. 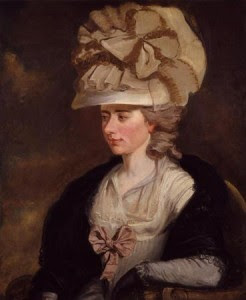 It may be noted that the Locke’s were also close friends of famed diarist and novelist Frances Burney, Mme  d’Arblay who mentions the family often in her journal, as seen by the entries here for 1784. At this period the health of Mrs. Phillips (Fanny’s sister Susan) failed so much that, after some deliberation, she and Captain Phillips decided on removing to Boulogne for change of air. The anxiety evidenced in the letter below was due to Burney’s waiting to here of her sister’s safe arrival in France.

Friday, Oct. 8th.—I set off with my dear father for Chesington, where we passed five days very comfortably; my father was all good humour, all himself,— such as you and I mean by that word. The next day we had the blessing of your D
over letter, and on Thursday, Oct. 14, I arrived at dear Norbury Park at about seven o’clock, after a pleasant ride in the dark. Mr. Lock most kindly and cordially welcomed me; he came out upon the steps to receive me, and his beloved Fredy waited for me in the vestibule. Oh, with what tenderness did she take me to her bosom! I felt melted with her kindness, but I could not express a joy like hers, for my heart was very full—full of my dearest Susan, whose image seemed before me upon the spot where we had so lately been together. They told me that Madame de la Fite, her daughter, and Mr. Hinde, were in the house; but as I am now, I hope, come for a long time, I did not vex at hearing this. Their first inquiries were if I had not heard from Boulogne.

Saturday.—I fully expected a letter, but none came; but Sunday I depended upon one. The post, however, did not arrive before we went to church. Madame de la Fite, seeing my sorrowful looks, good naturedly asked Mrs. Lock what could be set about to divert a little la pauvre Mademoiselle Burney ? and proposed reading a drama of Madame de Genlis. I approved it much, preferring it greatly to conversation; and, accordingly, she and her daughter, each taking characters to themselves, read “La Rosiere de Salency.” It is a very interesting and touchingly simple little drama. . . . Next morning I went up stairs as usual, to treat myself with a solo of impatience for the post, and at about twelve o’clock I heard Mrs. Locke stepping along the passage. I was sure of good news, for I knew, if there was bad, poor Mr. Locke would have brought it. She came in, with three letters in her hand, and three thousand dimples in her cheeks and chin! Oh, my dear Susy, what a sight to me was your hand! I hardly cared for the letter; I hardly desired to open it; the direction alone almost satisfied me sufficiently. How did Mrs. Locke embrace me! I half kissed her to death. Then came dear Mr. Locke, his eyes brighter than ever— “Well, how does she do?”

This question forced me to open my letter; all was just as I could wish, except that I regretted the having written the day before such a lamentation. I was so congratulated! I shook hands with Mr. Locke; the two dear little girls came jumping to wish me joy; and Mrs. Locke ordered a fiddler, that they might have a dance in the evening, which had been promised them from the time of Mademoiselle de la Fite’s arrival, but postponed from day to day, by general desire, on account of my uneasiness.

3 thoughts on “ONCE AGAIN WEDNESDAY: THE DEATH OF MISS CHOLMONDELEY”