Both Victoria and I were looking forward to seeing to seeing the Windsor Greys when we were there last. The term Windsor Grey is given to grey horses used by the Royalty of the United Kingdom to draw carriages and coaches in various ceremonial processions and, since 1986, when The Queen is Trooping the Colour. They are stabled in the Royal Mews. Some have also represented the crown in various carriage combined driving competitions, at times driven by Prince Phillip, the Duke of Edinburgh.

Two Windsor Grey horses, Claudia and Storm, at the Royal Mews in London are available for observation daily. Storm was featured in a statue with another of the type, David. Back in 2012, we ran a post on the drive to raise money to fund the Windsor Greys Jubilee Appeal which was the committe charged with delivering a statue of the horses in time for the Queen’s Diamond Jubilee. Really, these horses couldn’t be a more fitting symbol to honour Her Majesty, who has such an affinity for horses, and because of their link to Royal traditions. 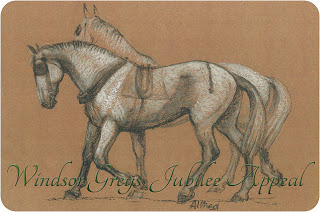 Thankfully, and not surprisingly, the money was raised and sculptor Robert Rattray executed the statue in bronze, which took over a year to complete, and was on hand when Her Majesty unveiled the life sized piece in March of 2014. 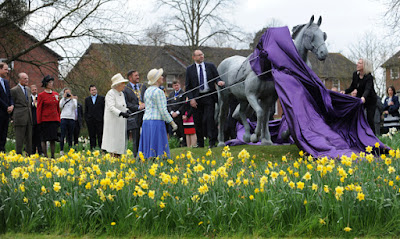 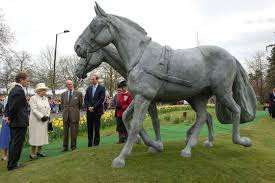 The statue stands in the middle of the Kings Road/Osborne Road roundabout, ready to greet visitors. 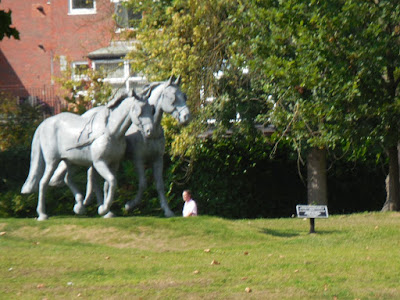 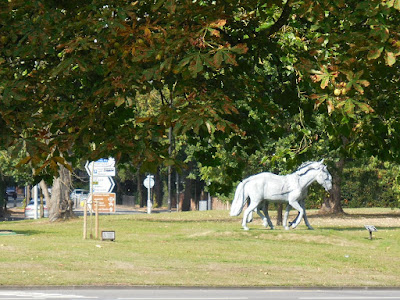 As stated above, you can see the Greys at the Royal Mews in London. Below is a display showing how the Greys look when pulling the Royal carriages. 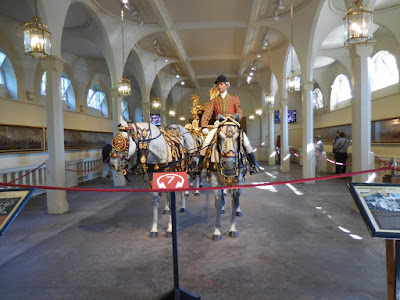 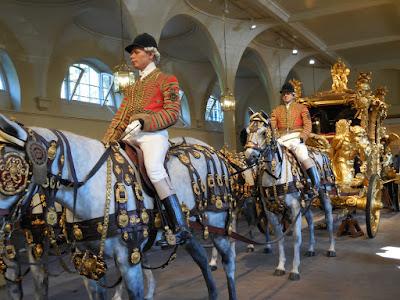 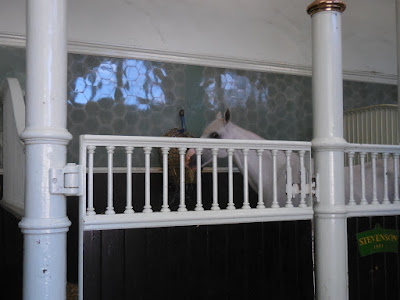 Above and below, Stevenson, one of the horses who are regularly used on the Royal carriages in his stall at the Royal Mews. Victoria snapped these photos while we were there for the Duke of Wellington Tour. 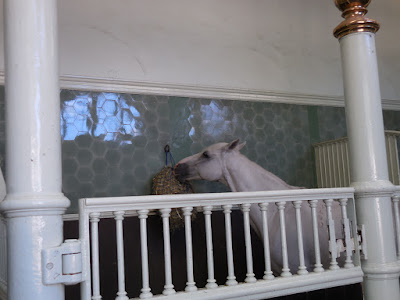 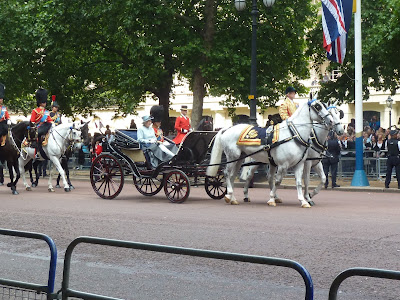 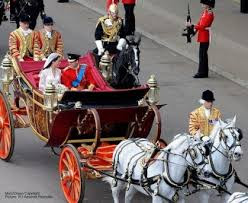