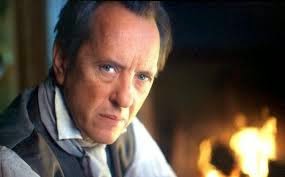 When I first heard that BBC2 were at least going to produce a (vastly overdue) documentary, I let out a hearty Huzzah! And then I began reading bits and pieces on what the film would actually be – a titilating account that would lean heavily towards his reputation “as a rutting stag.” Huh? The production-powers-that-be did research into Wellington, his military and political careers, his value to the British Crown through four monarchs, his achievements as a whole and decided to go with his love life instead? Aaaarrrgghhhh!

Now don’t misunderstand, I’ve been studying Wellington’s women along with Victoria and Jo Manning for decades. There’s some great stuff there, but given the chance to highlight Wellington in a documentary (finally!) I would have chosen to go in a different direction. And with a different actor to play Wellington. Don’t get me wrong, Richard E. Grant is a fine actor, but embodies none of Wellington’s looks.

The programe introduces Wellington’s perceived cruelty towards his wife, Kitty, but gives no hint as to the acrimonious underpinnings of their relationship – the secret mistake Kitty had made early in their marriage that put the first cracks in the bedrock of their marriage. More followed. However,  to date no one, not a single Wellington historian, not even the author amongst the Wellesley, Lady Jane, has offered up a single concrete detail about the underlying cause for their rift. A book called, Wellington’s Wife, written by a self professed intimate of the family is, perhaps, the book that says the least about their relationship. The second Duke, admittedly, consigned to the fire the cruelest of Wellington’s letters to Kitty, so that the ability to say that all documentation about this facet of their lives helps the present day family to preserve what sanctity there was in that marriage. However, I maintain that some items that could shed light on the problems still remain and that, if they truly do not, the Family, at least, know the reasons and have chosen to keep these, or corroborating family lore, to themselves. Which is, after all, their right. 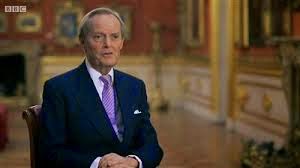 The best parts are the participation of the newest Duke of Wellington and historian Dan Snow.

After actually watching the show, I must say that it was less terrible than I’d feard and more well rounded than I had been lead to believe beforehand. I still hold out hope that someone with the talent necessary will tell this a rich and long story, following the whole of Wellington’s fascinating life.

You can watch the hour long program here.
You can read a review of the program from The Telegraph here.
You will find another hour long documentary on Wellington here, presented by author and historian Richard Holmes. which keeps it focus upon Wellington’s accomplishments and influences upon the people, places and events of his lifetimel