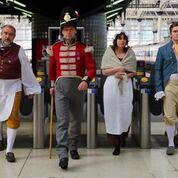 Go back to 1815 with the National Army Museum’s pop-up pub. Marking the 200-year anniversary of the Battle of Waterloo on 18 June 2015 the National Army Museum is launching a touring pub, aptly named the Duke of Wellington, to educate and entertain families and budding historians around the country.
The pop-up pub will be starting its journey at Waterloo Station on 1 May 2015, where Napoleonic soldiers will serve commuters pints of history. The pub will then travel across the country – serving up Waterloo facts to the nation. The Duke of Wellington pop-up pub will be visiting the following locations:
•       Halifax: Woolshops Shopping Centre (9 May)
•       Taunton: Castle Green (16 May)
•       Liverpool: Paradise Place (28 May)
•       Royal Norfolk County Show (1 and 2 July)
Inside this family-friendly pub are also a number of fun activities; each designed to teach a little more about Waterloo.
•       Meet the publican, bar maid, soldier and civilian and hear them recount their stories from the time of Waterloo
•       See if the styles of the time would have suited you by dressing up in period clothing
•       Take the place of one of Wellington’s soldiers at the fun photoboard
•       Play an iPad game offering brave souls the chance to try their luck on the Battlefield, and work their way up the ranks
•       Pick up a ‘pint of information’ and a Waterloo medal sticker 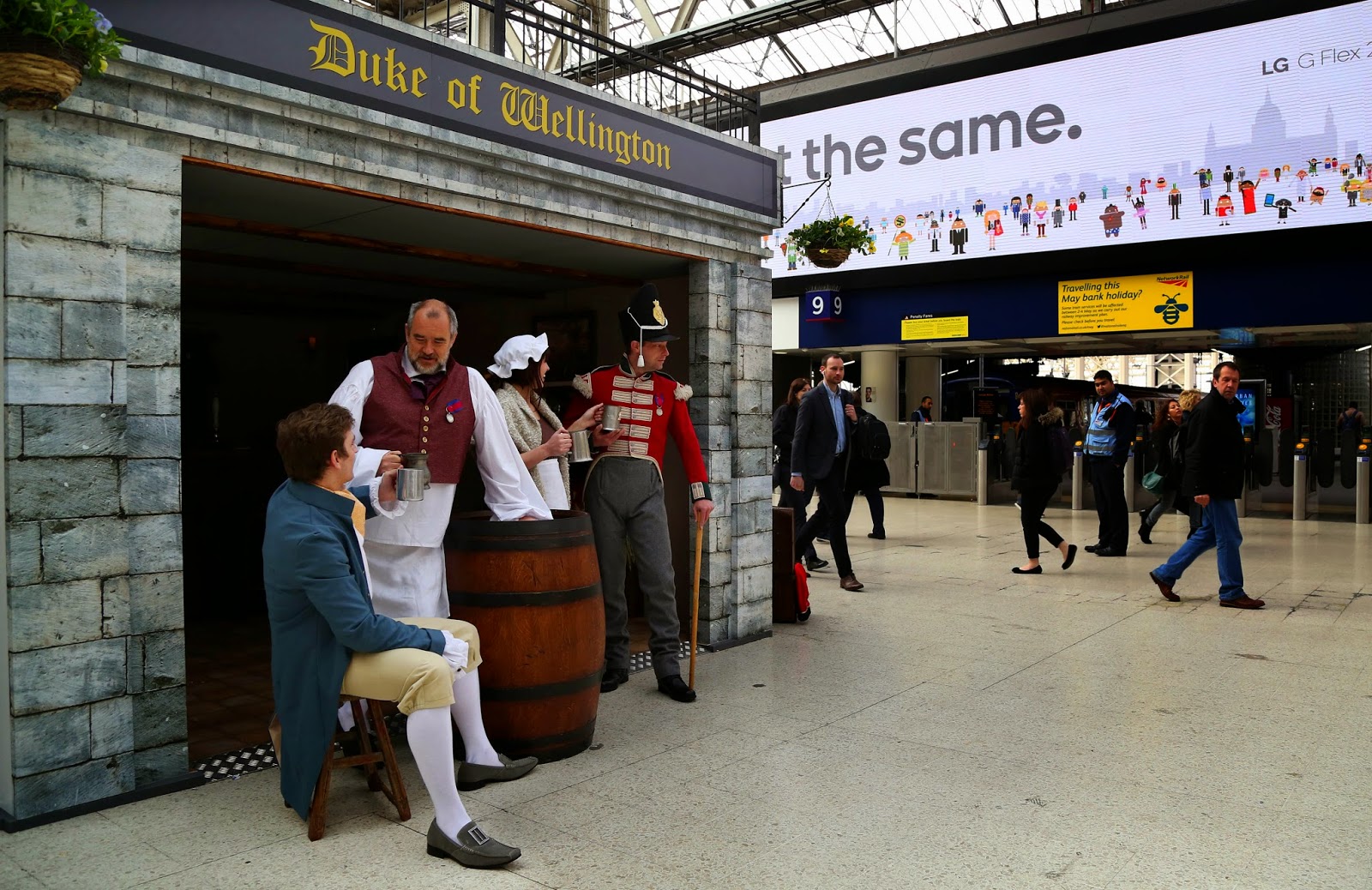 New research released early this month from the National Army Museum revealed that three-quarters of Brits have little or no knowledge about the Battle of Waterloo. Just half of Brits know Wellington led the British Army at Waterloo and it showed that young people associate Waterloo with the London station, ABBA song and BBC’s Waterloo Road over the Battle.
The National Army Museum’s pop-up pub is the perfect way to ensure you know your Waterloo history in time for the bicentenary. Designed to replicate pubs from the early 19th Century, visitors will be greeted by one of a number of period characters all with their own Waterloo tales to tell. Find out what Waterloo was like for those who affected by the Battle. Meet Private Edward Dooley, a returning solider, whose battalion was very inexperienced and known for recruiting underage soldiers into their ranks.  Or John Harrison, a 19th Century farm labourer who refused to join the army a year before the Battle. Visitors may even come across the Joseph Hill, the publican and ex solider, or his barmaid Elizabeth McMullen, whose husband was badly wounded at the Battle.
All newly qualified Waterloo experts will be served up a ‘pint of information’ and given a Waterloo Medal sticker to take away with them. Furthermore, for one lucky gamer there’s even a chance to win a trip for four people to stay on the battle ground at Hougoumont, Belgium, courtesy of The Landmark Trust and Eurostar.
The Battle of Waterloo was the first time soldiers were awarded with a medal and pension. Upon returning home, a number of soldiers used their pensions to open their own pubs. These publicans named their pubs after Waterloo related events – ever drunk in The Calvary Arms, The Cannon or The Wellington? – these are all nods to Waterloo.
The Duke of Wellington Pop-Up Pub tour is a part of the Waterloo Lives programme from the National Army Museum, offering a number of entertaining and educational events across the country, including exhibitions, art displays and lectures. 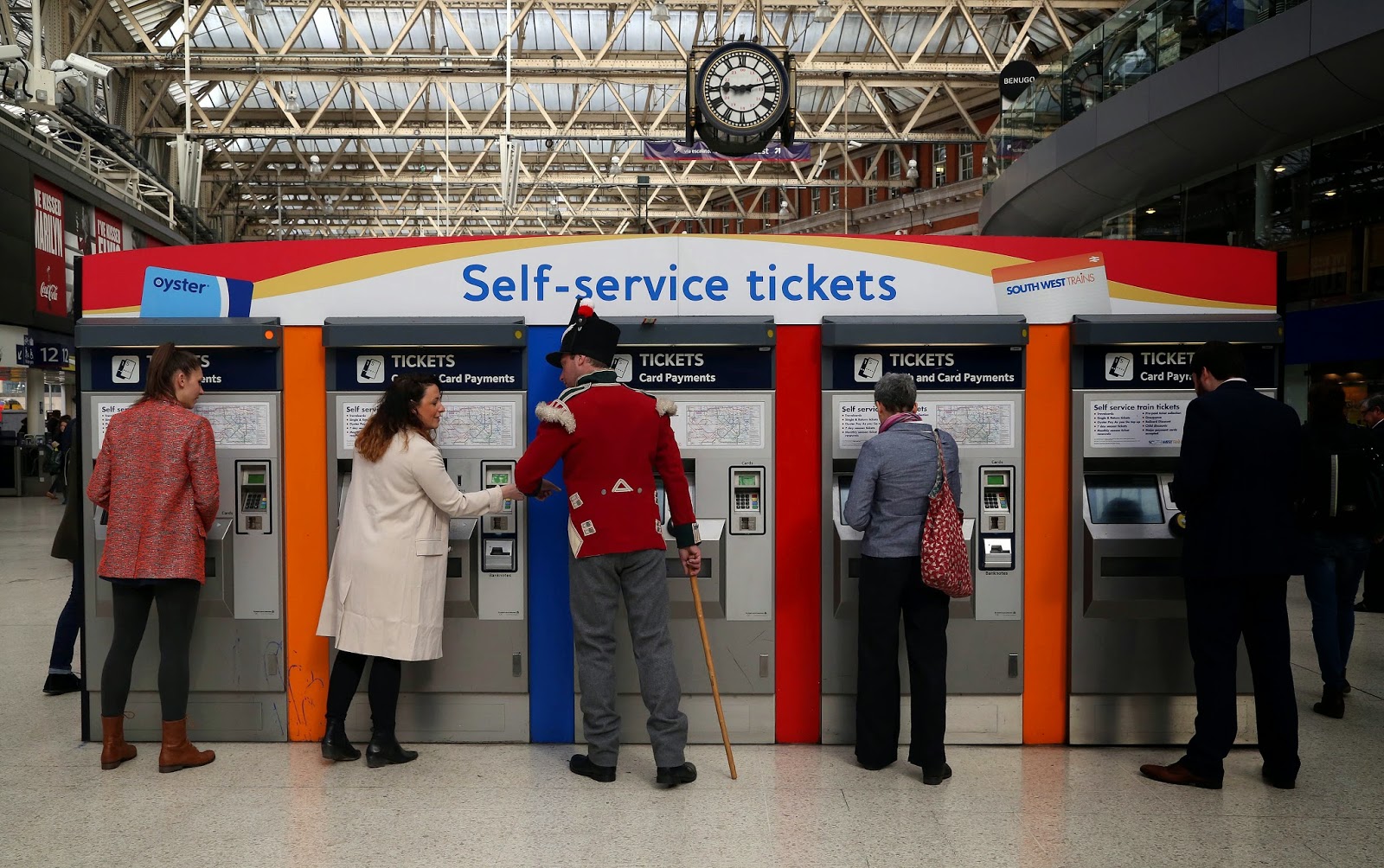 The Battle of Waterloo took place on 18 June 1815, when the British and Prussian forces, under the command of Duke of Wellington, halted the advance of French Army in Belgium. The bloody battle claimed the lives of 65,000 of the 200,000 men that took part, and saw the defeat of Napoleon, ending his reign as Emperor of France and ushering in a period of peace following years of war in Europe.
The National Army Museum is commemorating the 200th anniversary of the Battle of Waterloo with a this with a nationwide programme of events, activities and displays, under the theme ‘Waterloo Lives’. This stream of events aims to bring Waterloo to life through the stories of those who fought in the Battle. Through family-friendly and captivating activities NAM hopes to educate Britons of all ages about the importance of Waterloo. The events include a number of Pop Up activities and regimental museum exhibitions.
For more information about the National Army Museum’s Waterloo Lives programme, or to learn more about the Battle through digital gallery of 200 objects please visit www.waterloo200.org
The Pop-Up Pub activity and Waterloo Lives programme is part of the National Army Museum’s ‘Building for the Future’ project, which has been generously funded by the Heritage Lottery Fund. 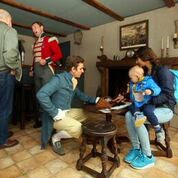 About the National Army Museum:
Founded in 1960 by Royal Charter, the National Army Museum was established for the purpose of collecting, preserving and exhibiting objects and records relating to the Land Forces of the British Crown.
The Museum seeks to tell the story of the British Army and the personal experiences of the soldiers who have served in it. Working to inspire, challenge and educate, the Museum aims to connect the British public and its Army, demonstrating how the role of the Army and its actions are still relevant today.
HM The Queen opened the National Army Museum in 1970 but a major transformation, supported by the Heritage Lottery Fund means the Museum’s site in Chelsea is currently closed until 2016.  In the meantime, visit: www.nam.ac.uk for a wealth of British Army history, research tools, learning facilities and details of outreach events around the country.
The Museum is now closed for preparatory activity for the project, set to reopen in 2016. For more information and updates on Building for the Future visit www.nam.ac.uk/future.
About Heritage Lottery Fund
Using money raised through the National Lottery, the Heritage Lottery Fund (HLF) aims to make a lasting difference for heritage, people and communities across the UK and help build a resilient heritage economy. HLF has supported 36,000 projects with £6bn across the UK. www.hlf.org.uk @heritagelottery