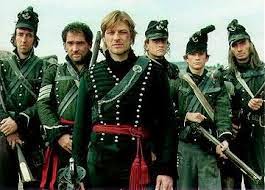 Actor Sean Bean has been spotted filming at Chatham’s Fort Amherst. The star joined dozens of re-enactors at the Napoleonic fort to make a Battle of Waterloo documentary.

Fort Amherst was used extensively during the filming of acclaimed television series Sharpe in the 1990s, which starred Sean Bean as Richard Sharpe, a fictional British soldier in the Napoleonic Wars.

He was back at the Fort in Dock Road to front the two-hour show to be aired on History UK.
Through the analysis of present-day military experts and the use of historical eyewitness accounts, the programme is planning to provide a ground-level perspective on the events of June 18, 1815.
It will air on the 200th anniversary of the battle in June this year.

Sean spent the day working with a team of soldiers and experts, testing the weapons and tactics that shaped the outcome of the battle. Guns and cannons were fired throughout the day. He said: “I am excited to be following the footsteps of Sharpe and those who fought in the Battle of Waterloo to tell the story of this iconic battle on History.”

Guns and cannons were fired throughout the day and could be heard all around Chatham during the filming on Sunday. Chairman of Fort Amherst Trust Les Snowdon said: “It was freezing cold but everyone stayed in great spirits all day, including Sean who arrived at 9.15am and didn’t leave until about 6pm.”

The Fort was filled with re-enactors. Picture: Colin Davis

Edmund Gulvin, a trustee and a Napoleonic re-enactor, enjoyed the day from start to finish.
He said: “It was amazing to see the artillery being used surrounded by so many uniformed soldiers.
“It really brought history alive – and as that’s one of our main objectives here at Fort Amherst we’re very grateful to the documentary makers for choosing our site for filming.”

Executive producer Patrick McGrady said: “We are excited to be embarking on a partnership with History to tell the story of Waterloo. “His interest in this period makes Sean Bean the perfect choice to present this special program.” 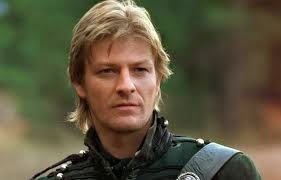 Actor Sean Bean is to present a two-hour documentary marking the 200th anniversary of the Battle of Waterloo for pay-TV broadcaster History. The A+E Networks UK channel has commissioned Wavelength Films, which produced BBC4’s Stephen Fry And The Gutenberg Press and Suggs’ Italian Job for Sky Arts, to make The Battle Of Waterloo Presented By Sean Bean (w/t). It will air in June 2015 around the anniversary of the epic battle, in which Napoleon’s French Army was defeated in Belgium. Game Of Thrones star Bean will be familiar with the story, having played Richard Sharpe in ITV’s Napoleonic War drama Sharpe, based on Bernard Cornwell’s novels about a fictional soldier. History and H2 director of programming Rachel Job said Bean was top of the list of talent to front the documentary. “We didn’t go after him in a massive way because we thought he’s really busy and really famous, and then Wavelength came to us with him and the idea about Waterloo,” she said. “It’s about picking the subject matter that the talent wants to do, and he’s always been interested in Waterloo and the Napoleonic War.” The Battle Of Waterloo Presented By Sean Bean will use evidence from eyewitness accounts alongside present-day military experts to tell the story of the battle. Bean will work with these experts to test the weapons and tactics that shaped the outcome of the conflict and compare them with modern strategies. Job said the commission highlights History’s strategy of presenting traditional documentaries “through a different lens” and follows Bannockburn, a graphic novel-style film produced by Sky Vision and Arcadia Content.

The Battle Of Waterloo Presented By Sean Bean has also been prebought by History’s sister channels in Germany, Latin America, Italy, Iberia, Australia and New Zealand. Job said although it is a UK commission, these deals will help boost the show’s budget. “As soon as I mentioned it to the other channels, they jumped on it. Game Of Thrones is massive around the world,” she added. The doc begins filming in the UK and Belgium this month. It will be executive produced by Wavelength Films’ Patrick McGrady.