An Exuberant Catalogue of Dreams: The Americans Who Revived the Country House in Britain is the title of a glossy new book by author Clive Aslet. 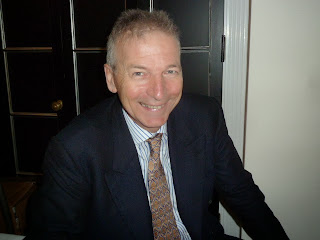 Victoria here, reporting on a recent dinner sponsored by the Royal Oak Foundation and the Woman’s Athletic Club of Chicago.  As part of the US-wide lecture series made possible by the Drue Heinz Trust, Mr. Aslet told us many stories about the wealthy characters who “rescued” so many British houses, even some castles.  There were many familiar names among the Americans, such as Consuelo Vanderbilt (1877-1964), perhaps the most famous of the heiresses who gained a title (Duchess of Marlborough) while her father’s fortune helped to renovate a great estate (Blenheim Palace). 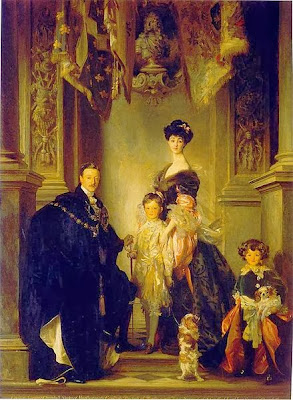 9th Duke of Marlborough, the Duchess and their two sons
by John Singer Sargent, Blenheim

I was surprised — both at the talk and reading the book — at the number of men who also restored, revived, or outright built stately houses.  For example, Andrew Carnegie (1835-1919) was born in Scotland and came to the U.S. as a young teen.  He made the equivalent of billions in steel, oil, and railroads.  He rebuilt the 12th century ruins of the Castle in the Highlands, while contributing much of his fortune to libraries, universities, and other philanthropies in both the U.S. and Scotland. 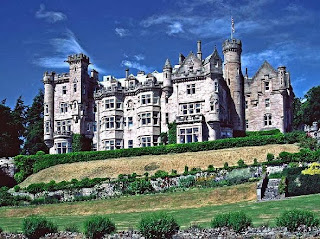 Exuberant Catalogue of Dreams is a compendium of amazing stories and pictures, many from Country Life magazine. I love everything about English country houses and stately homes, so I relished every word.  It begins with a quote from P. G. Wodehouse: “Damme, they all seem millionaires in America,” from the Earl of Emsworth in Something Fresh, 1915. 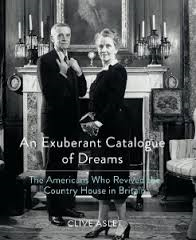 Jacket Front: William Waldorf Astor and
Nancy Astor at Cliveden (Getty Images)
The individuals covered start with San Franciscan Miss Flora Sharon (1858-1924) who married Sir Thomas George Fermor-Hesketh  (in 1880) and took over Easton Neston on Northamptonshire. It ends with Sir Paul Getty  (1932-2003) at Wormsley Park in Buckinghamshire, now the home of his son and family, a famous cricket grounds, and a summer opera venue. 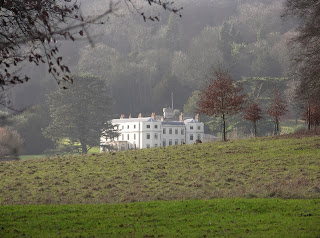 A number of the individuals covered have Chicago connections.  A member of Chicago’s Woman’s Athletic Club pointed out to Mr. Aslet that Mrs. Gordon Selfridge was once a member of the very club in which we all sat.  Selfridge (1858-1947), gaining renewed fame from the Television Series Mr. Selfridge, was associated with the famous Chicago firm Marshall Field and Company before he moved to London and founded the department store that bears his name.  A co-founder of Field’s was Levi Leiter (1834-1904), whose daughter Mary Victoria Leiter (1870-1906) married Lord Curzon, and became Vicereine of India and chatelaine of Kedleston in Derbyshire. . 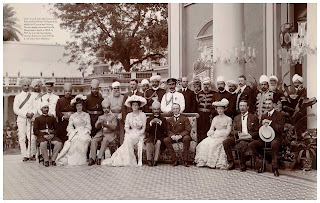 Lord and Lady Curzon in India

This is just a tiny fraction of the engrossing stories you will find in Clive Aslet’s An Exuberant Catalogue of Dreams. I hope you still have time to put this on your list for Santa!!

1 thought on “Americans and Stately Homes: A Fascinating Book”