From Brave Donatella and the Jasmine Thief… 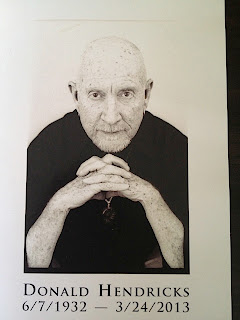 DONALD HENDRICKS (1932-2013)
My dear friend and colleague Donald Hendricks passed away on the 23rd of March, 2013. He would have been 81 this year.  Death was owing to a very rare form of face cancer, an ailment so rare that his doctors asked his permission to write about it in medical journals; of course, he acquiesced. Donald, to the end, was a kind and generous human being.

I first made his acquaintance after the publication of my biography of Grace Dalrymple Elliott, My Lady Scandalous. Donald was entranced by the life and beauty of Grace Elliott and inspired to do a paper doll set of her. He said that he hoped I “wouldn’t mind”. Wouldn’t mind?! I was delighted

Here is Grace in her undergarments…from the paper doll set

Donald ran a paper doll business with a friend called Legacy Designs. They closed the business and took down the website a couple of years ago.  Donald specialized in drawing paper dolls of celebrities, artists, authors, and literary figures. His work was exquisite! He did a number of paper doll sets of Jane Austen characters as well as the March sisters from Little Women, fashion icons, movie stars, et al.

One of the last paper doll sets he drew was of Sally Hemings, whose controversial and intimate relationship with Thomas Jefferson has inspired novels and biographies. 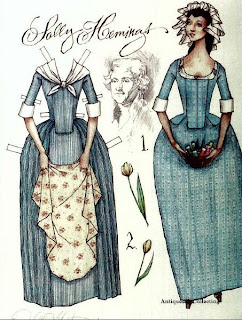 The Legacy Designs site was beautifully set up. A user clicked on an image – Grace Elliott, Sally Hemings, Meg March, Mr Darcy, Elizabeth Bennet, whoever, and the doll’s clothing would change. It was a good deal of fun, and educational as well. Donald’s research into clothing and fashion was impeccable, dating from his years as an art student and fashion illustrator.
Donald studied at the Arts Students League in New York and was a member of the Society of Illustrators. In his lifetime, he illustrated well over 40 books, the last a charming children’s book, Brave Donatella And The Jasmine Thief, and he was working on a book about a mouse whose sketches inspired a French clothing designer. He showed me the manuscript and the drawings and I loved them. I am saddened that he never had a chance to complete this delightful little book.

Donald’s work was exhibited at the Tate Modern in London and the Smithsonian in Washington, D.C. His designs appeared with regularity in magazines, including, of course, The Paper Doll Review, and he was active wherever paper doll collectors met, a mainstay of the summer’s annual Paper Doll Society meetings in Los Angeles. (Where there will be a table honoring him and his career this year.

In 2008, he made a gift of some of his papers to the ONE National Gay and Lesbian Archives in Los Angeles, Collection # Coll2008-041. These are original drawings by Don illustrating Rechy’s 2003 book The Life and Adventures of Lyle Clemens, together with emails from the author to Don, and a set of paper dolls from his Icons and Lovers series.

My Lady Scandalous is about to go into ebook format and I had hoped to use one of the paper doll illustrations by Donald for its new cover. We had talked about this a month or so before he passed away and he was thrilled at the prospect. In his honor, I hope this can be accomplished. He was a very dear man, a talented artist, and a most cherished colleague. 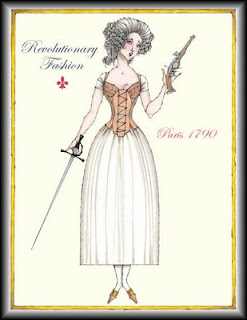 Grace Elliott as a French revolutionary…though she was anything but! Grace was a staunch Royalist to the end of her days, but this is Don Hendricks having a little bit of fun.

7 thoughts on “Guest Post: A Farewell to Donald Hendricks”