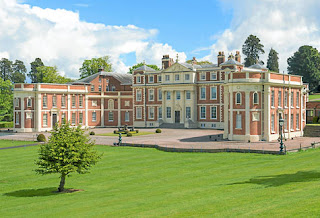 A historic mansion house in Shropshire has gone on the market for £5 million, and is looking for just its fourth new owner in more than 550 years. The 80-room Hawkstone Hall, in Marchamley, near Wem, is the former home of the Hill family – including Rowland Hill, who was the Duke of Wellington’s deputy at the Battle of Waterloo.
** Lord Rowland Hill was no relation to Sir Rowland Hill, inventor of the postage stamp.

Peter Duckers is the curator at the Shropshire Regimental Museum, based in Shrewsbury Castle. He is a great admirer of Lord Hill: “He was known as Daddy Hill to his men because he was one of the few generals who took a serious interest in the welfare of the men under him.”

At Waterloo, Lord Hill commanded the 2nd Army Corps which included the 2nd and 4th divisions: “There were some of the very finest of the British Army’s regiments in it, including veterans of the Peninsular War.

“He took part in the overall command of what was one of the greatest military victories in British history.” 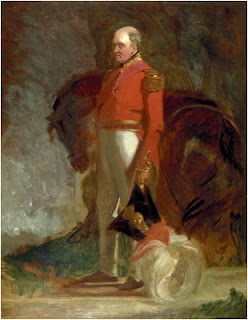 In 1817, General Sir Rowland Hill (above) became Colonel of the 53rd Shropshire Regiment. He was also MP for Shrewsbury from 1812-1814. At the Battle of Waterloo Hill commanded the 2nd Corps. He led the famous charge of Sir Frederick Adam’s brigade against the Imperial Guard towards the end of the battle. For some time it was thought that he had fallen in the melee. He escaped, however, without a wound and continued with the army in France until its withdrawal in 1818.

On the 27 August 1815 the Dutch King William I made him a Commander of the exclusive Military Order of William. He succeeded the Duke of Wellington as Commander-in-Chief of the Forces in 1828 and served in this capacity until 1839.
He lived at Hardwick Grange at Hadnall and it was there that he died on December 10 1842, aged 71, just after he had been made a Viscount. He was buried at Hadnall Church.

For the last 85 years, Hawkstone Hall has been used as an educational institution and is now a retreat centre. The current owners, a Roman Catholic missionary congregation called The Redemptorists, have decided to sell.

Nigel Grugeon, from estate agent Reeves and Partners who are selling the property, said it would “attract international attention.”

“It is rare to deal with a property which has had so few owners down the centuries and it does bring us a sense of responsibility,” he said.

The Hawkstone estate was owned by the Hill family from 1556 to 1906. By the end of the 19th Century the family were bankrupt and the contents of the hall were sold. The Roman Catholic Redemptorists bought it for £10,000 in 1926 as a seminary to train priests. In the 1970s, the hall was turned into a pastoral centre and people come from across the world to attend a variety of courses and conferences. 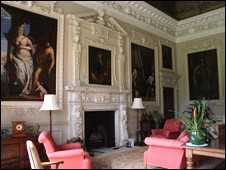 Description:
The Original Hall
A Listed Georgian mansion dating from circa 1700 is built over three floors with a cellar beneath. The gross internal floor area (GIA) is approximately 20,500 sq ft (1,900 sq m) excluding the cellar. On the ground floor there is an impressive entrance hallway and six reception rooms including the magnificent ballroom and Venetian saloon with a wealth of architectural and artistic features including many inset wall paintings.
The north wing contains two offices and the library, with a small gymnasium in the basement whilst the south wing contains the ‘Winter Garden’, a TV room at a lower level and the immensely impressive ‘Academy’ above.
On the first floor there are four bedrooms, some with en suite facilities, a staff room with kitchenette and WC, an office, laundry room and ancillary facilities, with two further bedrooms and a seminar room on the first floor of the north wing. The second floor provides a further eight rooms, some used as bedrooms and some for study, with further bathrooms and WC facilities, and attic storage space above.
Historical Note
The Estate originally formed part of a Manor acquired by Sir Roland Hill MP in 1556 and remained the seat of the Hill family for almost 350 years. Hawkstone Hall is understood to date from circa 1700 with subsequent alterations between 1719 and 1725. There was then more substantial remodelling and enlargement in 1750.
The original Estate of the Hill family was broken up by 1906 when Hawkstone Hall was sold to the Liberal politician George Whiteley, later Lord Marchamley. He renovated the Hall and reduced the original wings in length. Following his death the property was acquired by the Roman Catholic Redemptorist Congregation of priests and brothers in 1926 and was originally occupied as a seminary. Since 1973/4 it has been run as an International Pastoral and Retreat Centre with associated conference facilities and residential accommodation.
The Residential Wing
Approximately 19,250 sq ft GIA (1,790 sq m) built in the 1960s and spread over three floors, there are circa 50 single bedrooms with extensive bathroom, WC and service accommodation.
The Estate
Extending to about 88 acres (35.6 Ha) in total, the Estate includes circa 63 acres (25.49 Ha) of agricultural land. The balance of about 25 acres (10.12 Ha) comprises the buildings with their adjoining landscaped gardens and woodland, and includes a former walled kitchen garden of approximately 2 acres (0.81 Ha) along with the two cottages and their gardens.
St Martin’s & St Clement’s Cottages
A pair of semi detached cottages adjoining the northern boundary of the Estate each with two reception rooms, a kitchen, three bedrooms and a bathroom. Separate sales particulars of the cottages are available on request.
The Chapel
Built in the mid 1930s in Romanesque style the Chapel is about 3,650 sq ft GIA (340 sq m) and has the capacity to seat approximately 150 people.