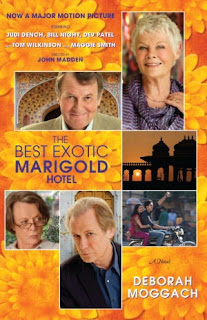 Best Exotic Marigold Hotel, the movie, opens in the UK and Ireland 24 February. Those in the States will have to wait until summer to see the film, although the novel will be available in stores in March.

The movie, directed by John Madden, sees a group of retirement age Brits move to India to see out their elderly years in colorful Jaipur and take up residence in what they believe is a newly restored hotel. Less luxurious than its advertisements, the Marigold Hotel nevertheless slowly begins to charm in unexpected ways. Dev Patel, of “Slumdog Millionaire” fame, plays the guy who entices them to take the adventure and the film also features Dame Judi Dench, Dame Maggie Smith, Penelope Wilton and Bill Nighy. 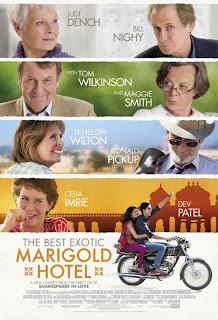 Deborah Moggach is the author of sixteen successful novels, including the bestselling Tulip Fever, and two collections of stories. The book on which this film is based was originally titled These Foolish Things. Her screenplays include Pride and Prejudice, which was nominated for a BAFTA. She lives in North London.

You can watch the movie trailer here.