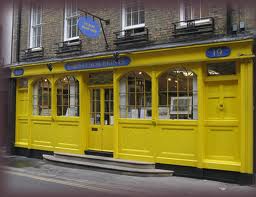 Once again, Grosvenor Prints, London, has some eclectic and interesting new stock. Grosvenor Prints, in Seven Dials, is one stop I always make when in London. When there last, Vicky and I spent a few enjoyable hours pouring over their stock – she looking at fashion prints, whilst I combed through their Wellington files. Samples of their latest acquisitions for sale can be seen below. Click here to see all of their new listings. 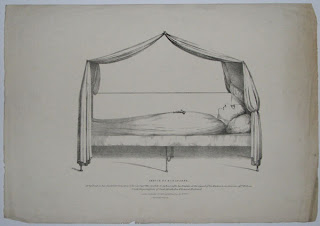 Sketch of Bonaparte. As laid out on his Austerlitz Camp Bed, taken by Capt.n Marryatt R.N., 14 hours after his Decease, at the request of Sir Hudson Lowe, Governor of St Helena & with the permission of Count Montholon & General Bertrand. C. Hullmandel’s Lithography. London Published by S. & J. Fuller, 34 Rathbone Place, July 16 1821. Lithograph, fine, sheet Printed area 265 x 300mm, 10½ x 11¾”. Full uncut sheet bearing the embossed stamp for “S & J Fuller”.  Napoleon died, reportedly of stomach cancer, on 5 May 1821 after six years in exile on St Helena. His body was buried first in the grounds of Longwood, his St Helena residence, before being brought back to France in 1840 to be ceremoniously reburied in Les Invalides. Marryat was a naval officer, and later the author of ‘Peter Simple, Mr Midshipman Easy’, and other popular seafaring novels, and later children’s books. At the time of Napoleon’s death he commanded the sloop ‘Beaver’, guardship at St Helena. When the ex-emperor died he carried the dispatches announcing the death back to England. The fact that Marryat visited and sketched Napoleon so soon after his death illustrates the continued fascination and emotion Napoleon evoked back in Britain, even after six years in remote exile away from the public glare. See NMM: PAF3523. {f: 21864] £280.00 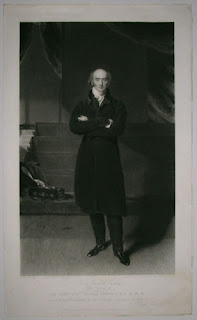 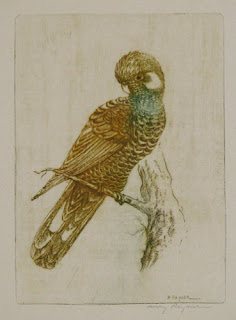 A Cockatoo – Henry Rayner [signed in plate and in pencil to margin.] [n.d., c.1940.] Drypoint etching printed in colours, 170 x 125mm. 6¾ x 5″. A fine impression. A cockatoo is any of the 20 bird species belonging to the family Cacatuidae. Along with the Psittacidae family (the true parrots), they make up the order Psittaciformes. Cockatoos have a much more restricted range than the true parrots, occurring naturally only in Australia and nearby islands. Eleven of the 21 species exist in the wild only in Australia, while seven species occur in Indonesia, New Guinea, and other south Pacific islands. Henry Hewitt Redstone Rayner (1902 – 1957). Australian-born, he worked in the Antipodes before studying at the Royal Academy. He was a friend of Sickert. [Ref: 22521] £75.00 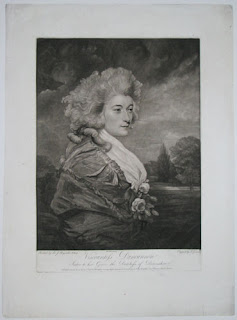 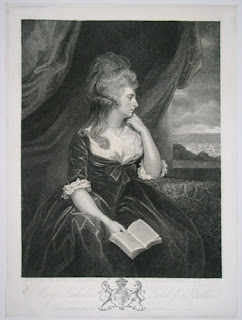 Mary Isabella, Duchess of Rutland. Painted by Sir Joshua Reynolds, & Engraved by the late J.K.Sherwin, Historical Engraver to his Majesty, & his royal highness the Prince of Wales, finish’d since his decease. London Published June 4th. 1791 by Robt. Wilkinson No. 58 Cornhill. 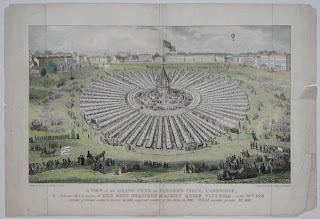 A formal dinner on Parker’s Piece, a 25-acre common near the centre of Cambridge, England, named after a college cook, Edward Parker, who obtained the rights to farm on it. [Ref: 22318] £160.00