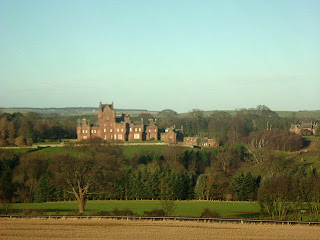 Castle, houses, lodges, cottages and fishing in the Scottish Borders

Yes, yes, I’ve been at it again – property browsing on a grand scale. But you must admit, the sale of Ayton Castle is the perfect opportunity for anyone with dreams of playing Monarch of the Glen to own their very own family pile. 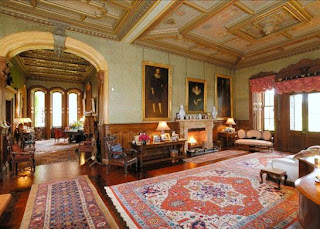 Ayton Castle is widely regarded as one of Scotland’s finest baronial style buildings and was designed by James Gillespie Graham, Scotland’s leading Gothic revival architect of the early 19th century. The Castle is a magnificent example of a Scots baronial house, primarily over two storeys, with a five storey ‘Great Tower.’ 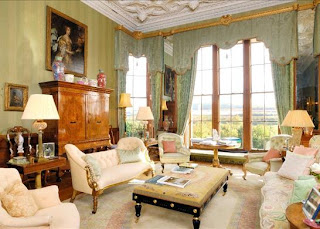 There is an array of secondary accommodation at the lower ground floor and basement/courtyard levels including the former servants hall and various store rooms and adjacent accommodation arranged around the service courtyard. Approximately half the policies are grazing and half are woodland, all of which are in hand.

As the Berwickshire News reported on Sunday: “The Liddell-Grainger family has continued to own the castle throughout the 20th century, but with the death of David Liddell-Grainger in 2007, the estate and the family seem to have encountered turbulent times, resulting in the castle being put on the property market. 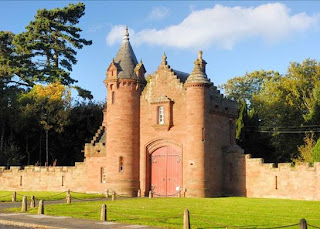 “They married in 1996 and when he died 11 years later it is believed that David Liddell-Grainger left his 6000 acre estate to his son by Christine de la Rue rather than his eldest son by his first marriage.

“Last month a Private Rented Housing Panel issued an enforcement notice which ordered Henry Liddell-Grainger and Lady Christine de la Rue to carry out immediate repairs on two cottages on Ayton Castle estate. Tenants had complained of leaking roofs, damp and a two page catalogue of essential repairs that were needed to bring the properties up to a habitable standard.” 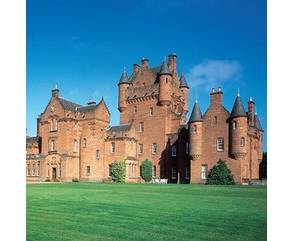 Tenant issues aside, Ayton Castle would make the perfect backdrop for a life of baronial splendour. Never mind the massive heating bills – that’s what fireplaces are for.

You can watch a video of the stunning Castle grounds here.

1 thought on “For Sale: Ayton Castle”