Skip to content
I was delighted to spend my last full day in England, June 15, 2011, with Hester Davenport in Windsor.

Here is Hester with members of the Irish guard with their canine mascot at the opening of the museum. 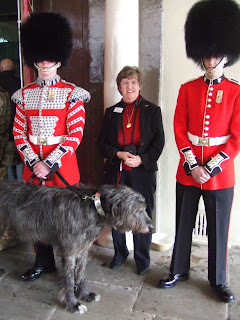 Hester generously planned our day beginning by meeting me at the train station in Slough, pronounced I believe to rhyme with plow (or plough).  Our first stop was a new park, formed from an old one which had fallen into disrepair. 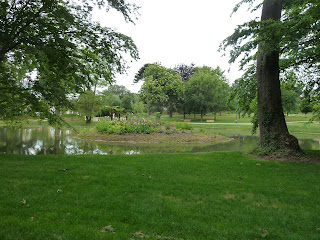 The Herschel Park, 2011
The park is named after the famed German-born astronomer and musician-composer Sir William Herschel (1738-1822) who died in Slough after a distinguished career in which he discovered the planet Uranus and its moons, invented a number of telescopes, named the “asteroids”, and composed more than twenty symphonies. His sister Caroline was a significant partner in many of his scientific studies. 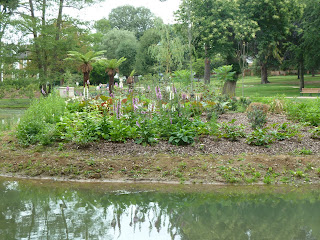 In the mid-nineteenth century, this area was part of a housing development which included large open spaces, and was known as Upton Park. It borders the M-4 and most of it was badly in need of renewal when a group, with money partially from the Heritage Lottery Fund, redesigned the park with nature trails and a Victorian band shell, a real asset for the neighborhood.Below, an old view of the Victorian park. 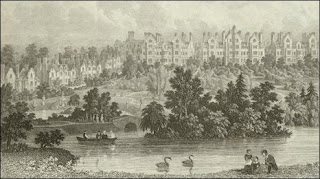 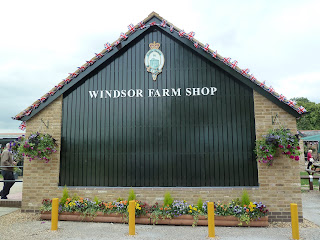 Our next stop was the Windsor Farm Shop where one can buy the Queen’s own beef, poultry and vegetables, straight from the Royal Estates. The goods were very enticing, I must say. 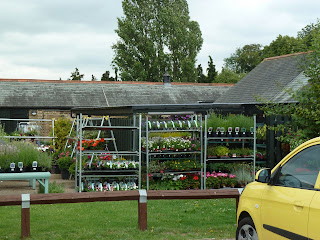 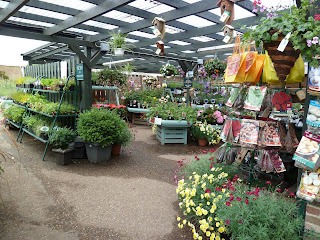 Outside, there was a wide array of herbs, vegetables and flowers for one’s own gardens.  But I couldn’t quite figure out how I would get them home across the pond!

After a quick sandwich, we walked over to the Windsor Great Park to see the Queen and the royal family pass by on their way to the Ascot Races. I completely failed to get a photo here, but I found one in a newspaper that shows the Queen in what I believe is her loveliest hat. We got a very good glimpse of her and I was so impressed, I forgot my camera altogether.  Isn’t this the prettiest chapeau EVER? 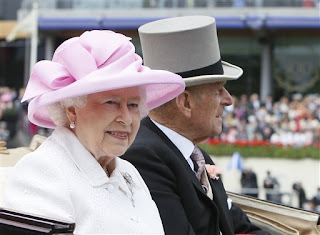 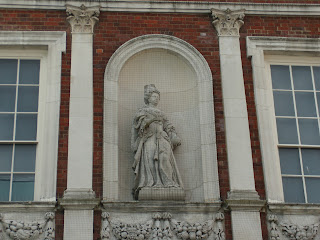 Above, Queen Anne on the Windsor Guildhall,  home of the new museum. 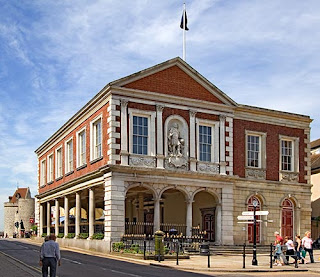 View of the Guildhall from the south, showing the original Wren building completed in 1689 and the extension at the rear, constructed about 1829. 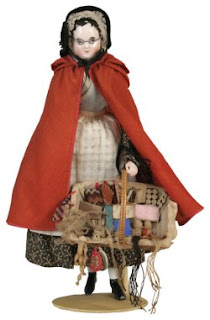 In March of 2011, the Windsor and Royal Borough Museum opened on the ground floor of the Guildhall. The doll above is one of thousands of artifacts to be exhibited, covering prehistoric to recent days.

Hester Davenport blogged here about some of the most fascinating items in the collection, the miniature d
ioramas created in the 1950’s by Judith Ackland and Mary Stella Edwards.  Below, a detail of Windsor during George II’s Golden Jubilee in 1809, showing the princesses dancing at the local celebration. 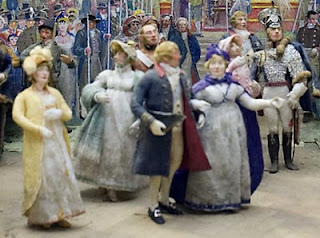 Since the town council was not in session, I had the opportunity to go upstairs and view the council chamber, the mayor’s office and  the Ascot Room up close. 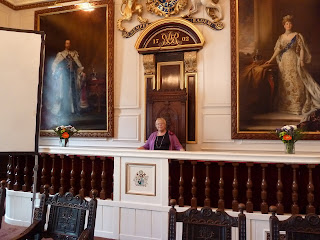 You will be pleased to know that I did not dissolve the town while I sat in the mayor’s chair under the portraits of Edward VII and Queen Alexandra. 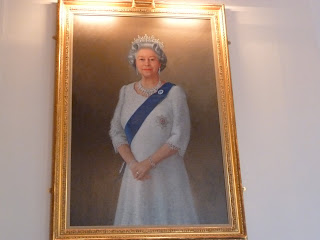 This recent picture of Queen Elizabeth II hangs in the Council Chamber, but I have to admit I preferred the earlier one below, which is not currently hanging but can be seen in the Ascot Room underneath a portrait of Queen Victoria, her great-great grandmother. 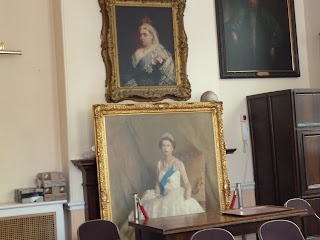 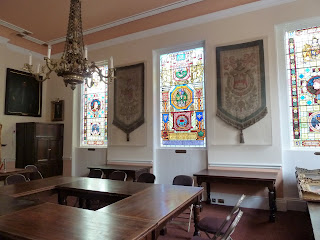 The Ascot Room, next to the Council Chamber, is often used for wedding ceremonies, most notably the 2005 marriage of Prince Charles and Camilla Parker Bowles, and later that year, the civil partnership of Sir Elton John and David Furnish.

Hester and I finished with a delicious dinner.  I thank her ever so much for showing my around.   Hester is a very busy lady, with many boards and committees having to do with local history and the 18th /19th C. history. She is currently, for example, the chariman of The Burney Society and is a frequent speaker and writer on literary figures.  Thank you, Hester!!!

The next day I was off to Heathrow for the return trip, already planning for my next visit.

Travels with Victoria for 2011 concludes with this post. I hope you have enjoyed vicariously accompanying me on my jaunts.  And I hope you did not catch my pesky cold — which followed me back home but is now, thankfully, only a memory.

2 thoughts on “Travels with Victoria: The Windsor Museum”