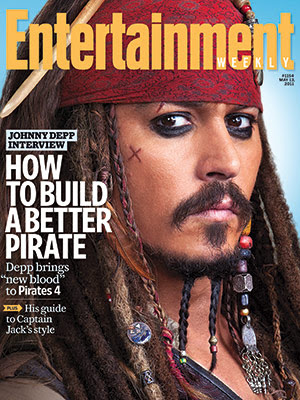 Prepare yerselves – On Stranger Tides premiers in just two days, when all things piratical will be let loose upon a waiting populace. (Holy Captain Morgan! I just looked it up – piratical is a word) As if a drunken, debauched, slurring, kohl wearing Johnny Depp weren’t enough to make a matey sit up and take notice, OST guest stars Ian McShane as Blackbeard. Yesssss! 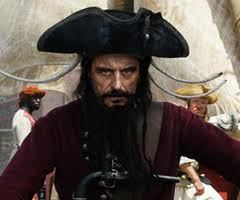 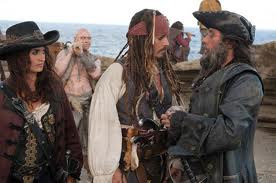 Speaking of his role, McShane recenly said, “It was a pleasure to shoot [On Stranger Tides]. I was only glad it finished so I could get rid of the beard! It was the heaviest thing — it was like having a dead cat around my face! It was made in three or four pieces and held on by magnets and God knows what else. It took an hour and a half to put on every day. It was sort of spectacular. He was a real biker pirate — it’s all black leather.” Aaaarrrggghhhh.
Blackbeard’s (Edward Teach’s) exploits were notorious around Nassau, in the Bahamas, which was founded around 1650 by the British as Charles Town. The town was renamed in 1695 after Fort Nassau. Due to the Bahamas’ strategic location near trade routes and its multitude of islands, Nassau soon became a popular pirates’ den, and British rule was soon challenged by the self-proclaimed “Privateers Republic” under the leadership of the infamous Blackbeard. However, the alarmed British soon tightened their grip, and by 1720 the pirates had been killed or driven out. Bah! I don’t believe it. In fact, I’m going to Nassau in three weeks time in the hopes of finding a spare pirate or two and, with luck, buried treasure. 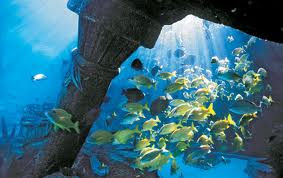 I’ll be diving the Ruins of Atlantis and exploring the Lost City alongside sharks, spotted rays and brilliantly colored tropical fish. My daughter, Brooke, and I will also take a turn swimming with the dolphins. 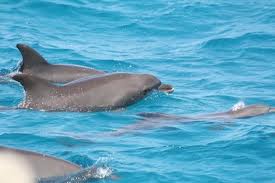 When not involved in aquatic activities, I hope to revisit a favorite antiques store in Nassau, run by an Englishman. Don’t laugh – last time I was there I found the edition of The London Illustrated News covering Wellington’s funeral. See? There are treasures yet to be found in Nassau. 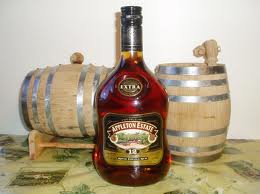 Not to mention rum.

And let us not forget that OST also stars Geoffrey Rush, who reprises his role as pirate lord Barbossa who, along with Captain Jack Sparrow, searches for the Fountain of Youth. You can watch a clip of him in action here.
Another reason to see On Stranger Tides? With some bits filmed on location in London, this installment of POTC actually has scenes set in the City and features a carriage chase through London streets. 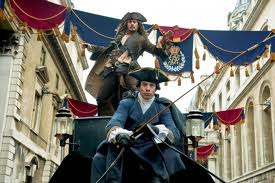 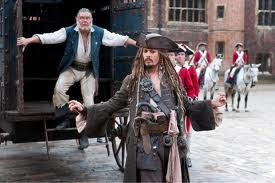 For a refresher course on past
POC flicks, visit the Wikipedia page here 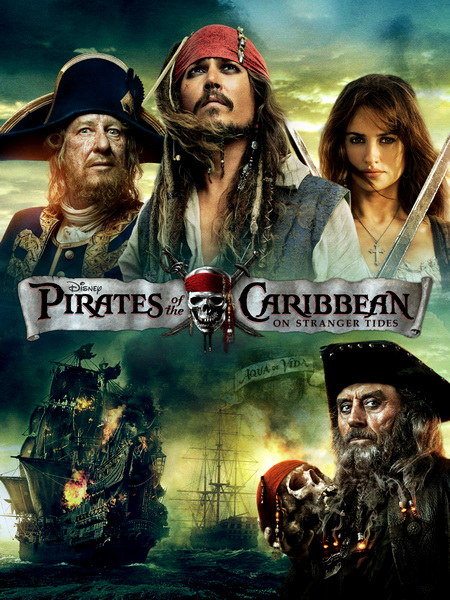 3 thoughts on “Pirates of the Caribbean – On Stranger Tides”