Here we are together on another London stroll. This time, we’ll be taking in the views as we approach Apsley House whilst walking north on Grosvenor Place. 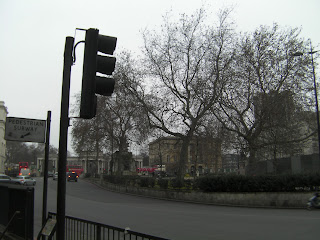 Our first glimpses of Apley House through the trees. 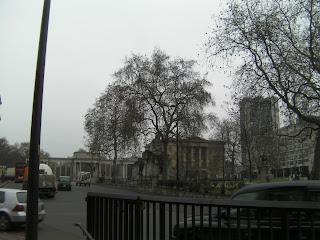 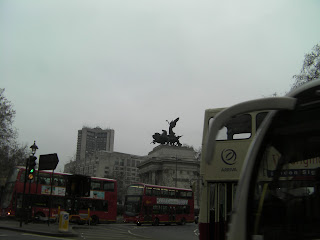 The Wellington Arch! And many double decker buses. 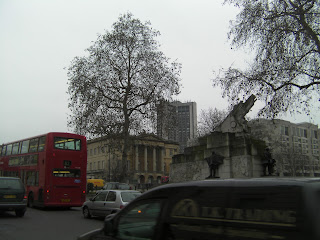 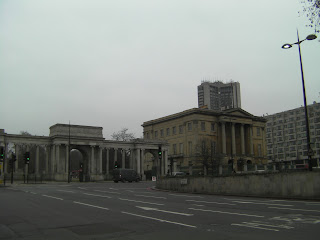 The gate at Hyde Park Corner, Apsley House and a rare break in the traffic. 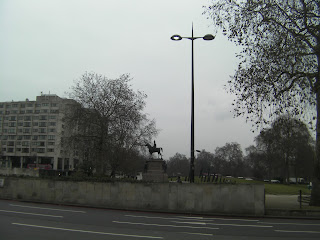 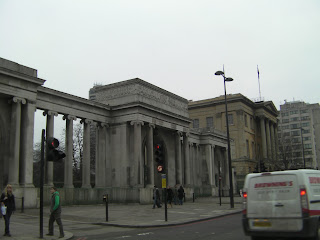 The gates at Hyde Park 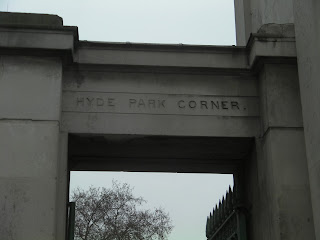 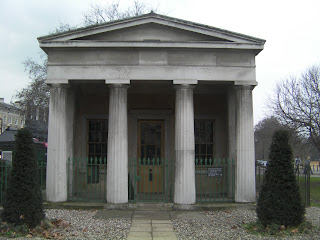 Stepping inside the gates, the toll keeper’s cottage. 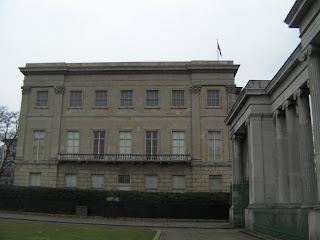 View from inside gates to the side of Apsley House. Wouldn’t we look marvelous standing on that balcony with a cocktail in our hand? 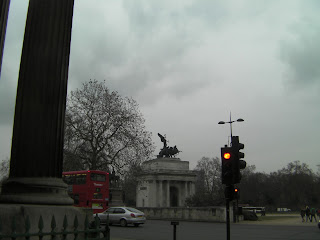 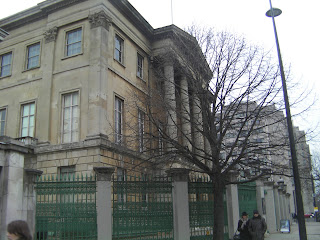 Walking round to the front of Apsley House. 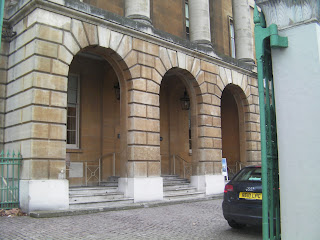 The front of Apsley House. 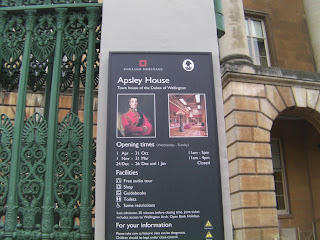 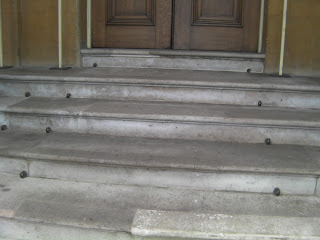 The steps leading up to the front door. Note the black dots going up each side of the steps. A carpet rail would be slid into these iron rings to hold a stair carpet in place during important events. Personally, I think our visit is an important event in itself, but I suppose since we’re on first name terms with Artie our visit is considered informal. 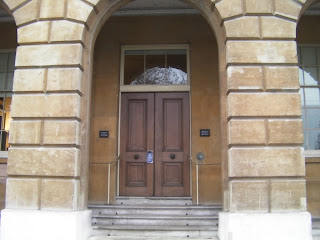 The front door!
Unfortunately, those are all the first hand photos you’ll see, as no photography is allowed inside. I was able to find a scant few photos online, so those will have to do. I can tell you that the two portraits below, both by Thomas Lawrence, hang within. 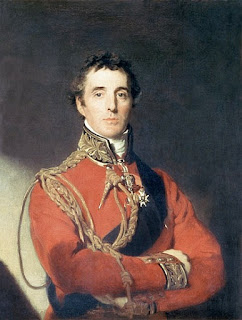 Whilst the portrait above may be the most iconic image of the Duke, I’m also partial to the lesser known and seldom seen portrait below, painted circa 1820. 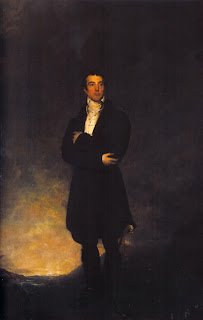 I feel that this painting captures the essence of the Duke as a man, rather than as a great soldier or statesman. He stands alone, in civilian dress and with no emblem of military might, in the semi-darkness ready to defend against whatever comes his way. At the same time, there is something in the way he protectively holds his arms to his chest that evokes an air of vulnerability, a trait not typically attributed to the Duke of Wellington.

Now we’ll move on to the Waterloo Chamber, below. 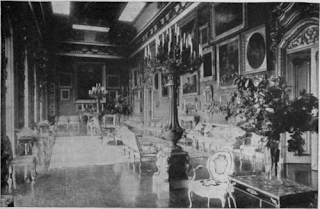 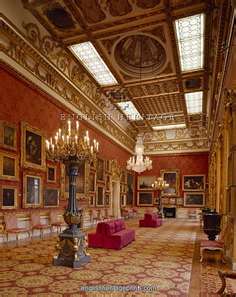 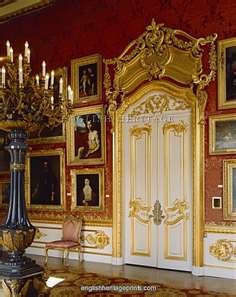 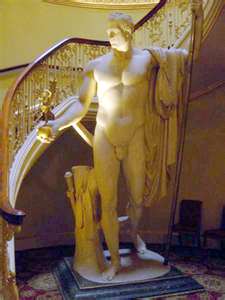 Above is the statue of Napoleon by Canova that was taken as a spoil of war and presented to the Duke of Wellington by George IV. I don’t suppose re-gifting was an option then . . . . . . 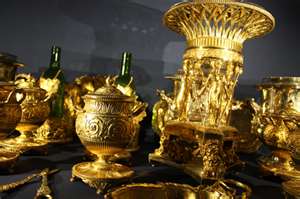 Above is only a tiny portion of the gold plate presented to the Duke by grateful nations and now on display at Apsley House. Below is the Portuguese Centrepiece, one of the most important examples of Neo-Classical silver ever made, which was always used during the Duke’s annual Waterloo Dinners. 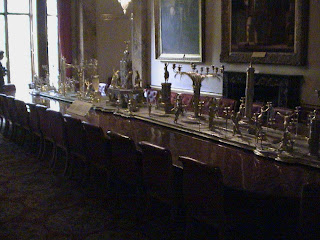 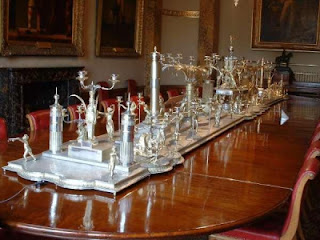 If you’re a faithful reader of this blog, you’ll know that on one of my previous visits I set off the alarm when I touched the centerpiece, which at that time was covered in a layer of dust. I simply couldn’t believe it had been allowed to gather dust and so swiped my finger across it to be sure. I’m happy to report that it’s now gleaming and dust-free. So ends our stroll to Apsley House. I hope you’ve enjoyed as much as I.

9 thoughts on “A Pictorial Stroll to Apsley House”