Victoria here —  This morning (Sunday) our ship arrived in Basel, Switzerland, and we disembarked, heading for London.  The Rhine Cruise was wonderful, a congenial group of mostly Americans, a goodly number of Brits, and a few Australians. Quite a few of us were returning to London via train (I guess when we made the arrangements we were all considering the possibility that Icelandic volcano could have spoiled our plans).

So we boarded the French high speed train, the TGV, to Paris. It made several stops but was indeed fast. Lovely views of the summery countryside of France most of the way.  We arrived at the Paris East Station and took a taxi to Paris Gare du Nord — not very far. But it was HOT!! Must have been  in the 90’s. 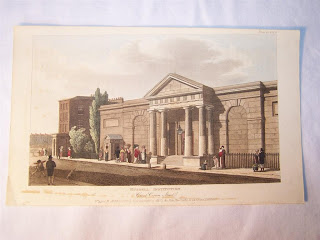 We got on the Eurostar and sped off to London St. Pancras, which was also pretty warm. The trains were fantastic, efficient and why don’t we have them in the US????? Clean. Comfortable. Smooth. I really could rant about it, but I won’t.  I’ll just add that both trains were entirely booked with reserved seats.

London is also in the 80’s, but breezy and not as humid as Paris. It’s supposed to be like this all week, so if you aren’t busy, get yourself over here to enjoy the Great British Summer. Yeah.

We strolled around in the early evening and stopped at a little Italian restaurant with four tables  outside — delicious and very friendly. We talked with a couple of writers from Orlando and a German woman who lives in Durham.

London was rather quiet tonight, with a lot a disappointment all around at the loss to Germany in the World Cup. Long faces.

Now we are resting up and hoping to put in a busy day tomorrow.  I have only one required stop, at the Buckingham Palace Shop, to buy a few goodies.  Maybe the Museum of London, but maybe just some strolls since the weather will be perfect. Sorry this post is information-less, but I am  just happy to be here!!

1 thought on “Return to London”