Anyone who knows me surely knows that London is one of my favorite places in the world. It is one of my happy places – the kind of place one might explore for years and never, ever grow tired. Another thing most people know about me is I have a penchant for collecting books. Should one wish to park me in a location, go about doing as one wishes, and be assured of finding me in that same location at the end of the day, a bookshop is that location.

Old books, antique books, are my guilty pleasure. A bookshop full of antique books is my idea of heaven. And I daresay when it comes to bookshops, London is home to some of the quirkiest, most specialized, oldest, and most fascinating bookshops in the world. If you share my love of booksellers and London this post is must reading for you.

Allow me to introduce you to some of London’s most interesting bookshops!

A family-run bookshop for nearly 100 years and the living history of magic. London’s oldest independent occult bookshop. The Atlantis Bookshop was established in 1922 by magicians, for magicians. It is the birth-place of modern witchcraft, with Gerald Gardner holding regular coven meetings in the basement of the Shop. The Atlantis Bookshop is owned by Bali and Geraldine Beskin, a mother and daughter partnership. They are proud to be 3rd and 4th generation practitioners and multi-generation booksellers. All of the famous but now long-dead magicians – Aleister Crowley, Dion Fortune, W.B Yeats, Israel Regardie and Gerald Gardner to name a few – have passed through the sacred portal that is the front door to Atlantis.

Collinge & Clark was founded in 1989 and is situated between Russell Square Tube station and the British Library. Originally a partnership between Michael Collinge and Oliver Clark, the former retired in 2005. The shop has a medium-sized stock, ground-floor and basement, and specialises in Private Press books, Typography and the art of the book since William Morris. One large catalogue is issued a year and various occasional lists.

London’s broadest selection of second-hand academic books, including large collections of used books in Philosophy, Psychology, Modern Literature, Art, History, Politics, Economics, Classics, Science and Technology. A 2000 square foot shop (186 m2) that is crammed with over 55,000 different titles, and at the moment they’re replacing over 5,000 every month.

The building in which it is housed was built in 1735 and has been a bookshop for over a hundred years. The ground floor was recently renovated to recreate a 19th century bookshop within an 18th century building, incorporating paneling, a working fireplace and original wooden floor. Number 46 Great Russell Street is reputed to be haunted; one sighting was of a Scotsman in a kilt, reading a book; others have felt a presence in the basement. So far the ghosts appear to be fairly benevolent. Readers are not, in general, a violent lot so long as the books and tea are in plentiful supply.

Hatchards is London’s oldest bookshop. It was established in 1797 by John Hatchard and has occupied the same location on Piccadilly for over 200 years. Its place in the lore of Regency romance has made it an icon and a place of pilgrimage for readers and writers of the genre. It has served eight generations of customers from all over the world – from humble romance writers to the royalty of Europe. In fact, Hatchards currently holds three royal warrants.

These are just a few of London’s fascinating bookshops. Look for future posts for portraits of more unique and amazing booksellers in the city no bibliophile should miss.

I have included websites for these shops because all of them ship abroad, and in our current crisis many of these shops are in desperate need of business. Each of these shops employs knowledgeable people who will make it their top priority to discover that hard to find research book or old favorite novel for you. If you are in search of a particular quarantine read or simply wish to browse, these bookshops are an excellent way to wile away an afternoon. Tea, scones, and a comfy chair optional. 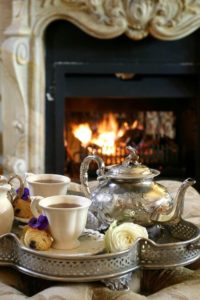