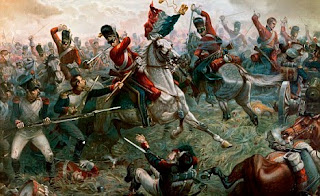 If you’re a Waterloo enthusiast (and who isn’t?) you’ll find the comprehensive Waterloo 1815 website of interest. Simply register and you can download unpublished correspondence written by those who were on the scene,whether English, French or Prussian. For instance, in an undated letter George De Lacy Evans provided a detailed description of the the charge by the British Heavy Cavalry, a bit of runs: ‘The shock was irresistible. The firng at this point ceased; the smoke cleared away; those masses, a moment before so menacing and conspicuous, and on which all eyes were turned, had disappeared; or left only the traces of a dispersed rabble, flying over the plain. Vast numbers, unable to escape the cavalry, abandoned their arms, and threw themselves on the ground. Here were seen horses trampling down whole ranks, and plunging with difficulty through the bodies; there, a crowd of French soldiers surrendering as prisoners; many defending to the last.’

In addition, there are books for sale and archives that include items relating to the French and Prussian armies, detailed returns of the killed and wounded, along with strengths of particular units prior to the campaign and items of importance from order books and journals, making hitherto unpublished records  accessible online. In the words of the immortal Duke of Wellington, all I can say is, “Wooo Hooo!” 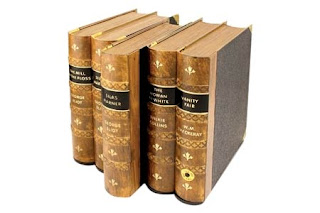