Women have been turning their hands to needlework for centuries, both for pleasure and necessity. To be an accomplished needlewoman was one of the hallmarks of being a well bred lady and Englishwomen displayed their work on everything from clothing to linens to decorative objects such as rugs, firescreens and draperies. Depending on the age and skill level of the artist, these objects ranged from the simple to the level of true artwork. 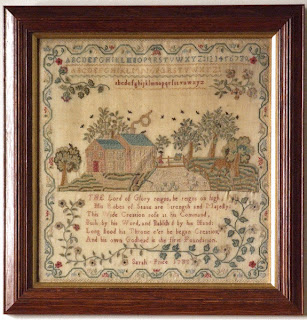 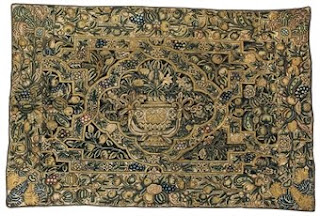 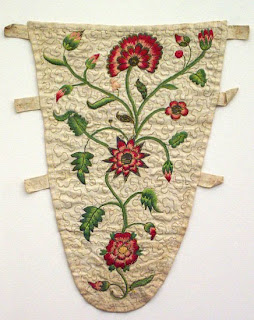 Today, London’s Royal School for Needlework keeps the tradition alive by offering courses in a variety of needlework mediums, whilst the Embroiderers Guild and the National Needle Arts Association foster learning, the exposure of these arts to the public and the preservation of a national legacy. If you are a needle person and strive to keep this art alive, I’ll tell you about a few of my personal favorite finds as far as canvas and kits are concerned.

One of the banes of any needleperson’s life is what to make next. There are only so many pillows and cushions one can make before a person grows tired of the insipid designs available on most commercial needlework kits. And there are only so many kits and designs that are of sufficient quality to spur one on towards undertaking them. After all, one has to actually like the finished product in order to become enthusiastic about working it. For many years I put aside my hoop and thread in despair of ever finding anything that would fire me up creatively. I resorted to embroidering sheets and pillowcases just to have something to work on. Well, really, one can only own, or give away, so many pairs of bed linens. And people tend to look at you oddly when you ask leading questions about the decor of their bedroom. They don’t know that you’re trying to suss out what colors to embroider their next pair of sheets in.

When in London this summer with Victoria, we went to Liberty’s, where we ended up in the needlework department and where I discovered the work of designer Beth Russell, who offers many kits, including a series of projects based on scenes adapted from the work of William Morris.

As Russell explains on her website: This remarkable William Morris tapestry was originally designed for his patron Alexander Ionides. Completed in 1887, it measured 15ft (4.5m) wide. Morris delegated the drawing of the animals to the architect Philip Webb and the foreground millefleurs to his eventual successor Henry Dearle. The result is a tribute to their lifelong friendship and various talents. It is interesting to compare the Greenery tapestry designed later entirely by Henry Dearle. The original Forest is owned by the Victoria and Albert Museum. 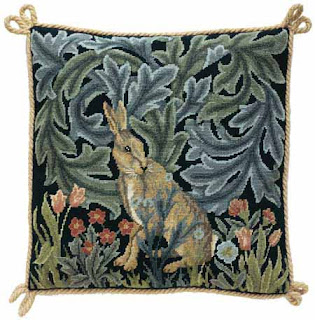 This is the canvas I bought at Liberty’s, soon to be joined by it’s counterpart, the Fox. While I’ll be making cushions for my couch out of the finished works, we’ve seen in previous posts that a handful of Englishwomen regularly displayed their finished work for the pubic. These women included Harriet Frankland and Anne Morritt.

Anne Eliza Morritt (1726 – 1797) was the spinster sister of J.S. Morritt, once owner of Rokeby Hall. She created exquisite needlework “paintings,”  most of which are now displayed for visitors to see in the stairwell at Rokeby in Yorkshire.

Perhaps the most famous needlewoman of her day was Mary Linwood, whom we met in a previous post. Mary also created copies of masterpiece paintings with her needlework. Below is a picture similar in style to that of Linwood and Morrit, which recently sold in the Althorp Attic Sale held at Christie’s, London. 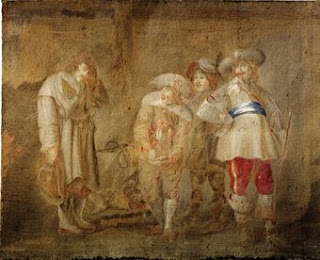 A LARGE NEEDLEWORK PICTURE IN THE STYLE OF MARY LINWOOD

What these artists had in common was that they embroidered from paintings using a technique known as needlepainting, a type of embroidery in which oils or other paintings were faithfully copied,
with the brush strokes rendered by stitches worked in crewel wool.

With this in mind, this series will end in Part Five with an interview with Doreen Finkel of the Art Needlepoint Company, who offer kits based on Old Master paintings by many artists and that are available in various sizes and using either wool or silk threads. Here are just a few examples of the kits available: 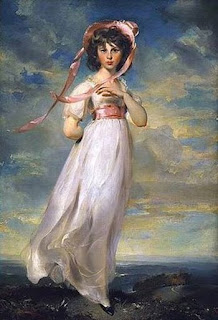 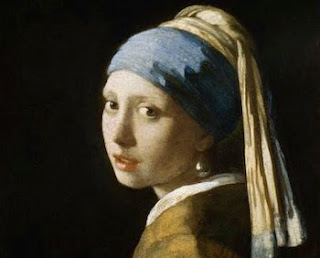 Girl With a Pearl Earring by Vermeer
Stay Tuned for Part Five!