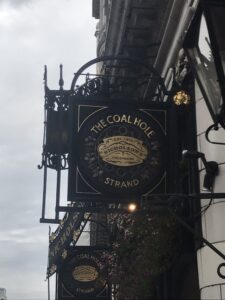 Originally established in 1815, The Coal Hole was a tavern that had formerly been known as The Unicorn. It was located in a corner of an alley called Fountain Court, just off The Strand. Fountain Court received its name from Fountain Tavern, an eighteenth-century establishment where the opponents of Sir Robert Walpole met. 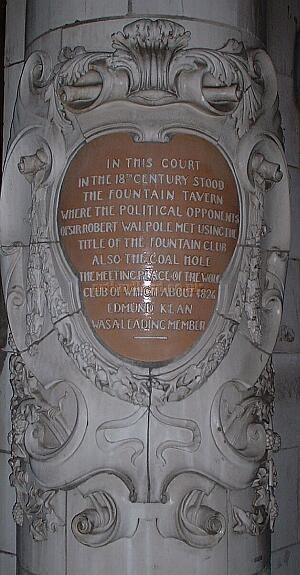 In its early days, The Coal Hole, appropriately enough, was the haunt of London’s coal heavers.  These burly men with strong backs and stronger work ethics saw to the unloading of coal from ships and barges and also delivered coal to the homes of London’s citizens. Which made for a rough and rowdy establishment when the work was done, and the coal heavers did their bit to unwind after a hard day’s labor. 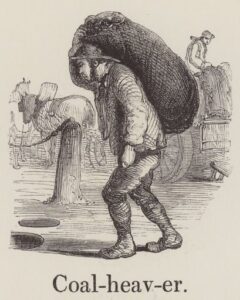 After the death of Kean, John Rhodes directed the tavern’s entertainment in the form of a forerunner of the nightclub. He had a passion for silver plate and furnished the establishment with silver tankards, goblets, loving cups, and flagons enough to put many of London’s finest hotels to shame. He is said to have had a fine baritone voice and was one of the most popular singers to take a turn at entertaining The Coal Hole’s patrons. But he went to great lengths to provide every sort of entertainment available.

‘John Rhodes begs to inform his friends and the public they will find every variety of Vocal Entertainment at the above old established house, commencing every evening at Eight o’Clock precisely. Glees, Duets, Solos, Catches, Comic Singing &c., executed by the most numerous and talented company of vocalists in the metropolis, under the direction of the celebrated Mr. Baldwin, for sixteen years Vocal Director at Mr. Rouse’s Grecian Saloon.’

‘The celebrated writer of comic songs, Mr. John Labern, is engaged exclusively for this establishment, where only can his original and humorous productions be heard and obtained.’ 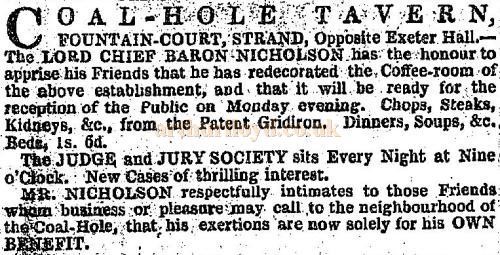 The above advertisement appeared in the newspapers to advertise the various amenities available at The Coal Hole. The Judge and Jury Society were performances led by Renton Nicholson (1809 – 1861) an impresario, actor and writer. These acts mocked and satirized members of London society and the preoccupations of the popular press. Though his acts were derided by some for their crudeness, they were attended by many aristocrats, politicians, and other prominent citizens.

Whilst the supper club aspect is gone, The Coal Hole remains one of the few pubs in London to retain its original decor and ambiance. Its proximity to the city’s theatres promises an influx of the after performance crowd and one never knows who might stop in for a pint after the curtain falls. 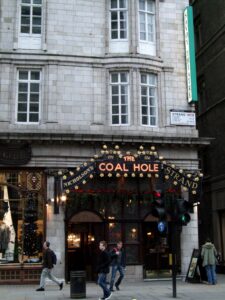