Recently, I was Googling portraits of the Duke of Wellington by Sir Thomas Lawrence (as one does) and the search returned images that were decidedly not Wellington. And I must say, some of the sitters were exceedingly handsome, and some of them were portraits I hadn’t seen before. So I Googled some more and you’ll find the results of my search below. Enjoy! 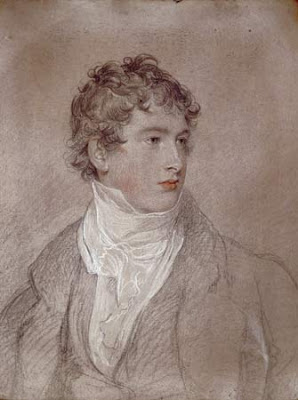 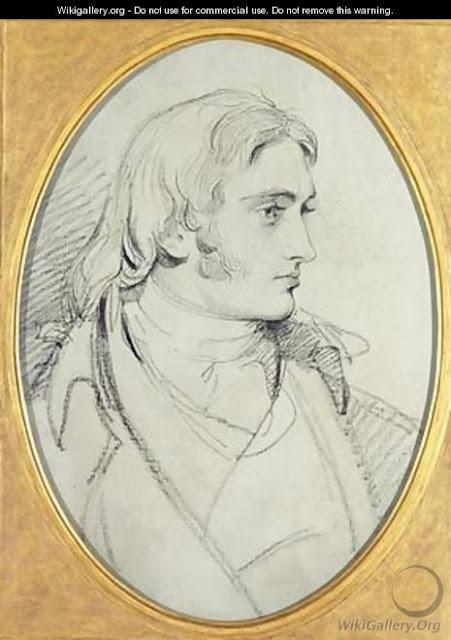 William Lock the Younger, elder brother to Frederic, above.
From Yale Center for British Art: It has been suggested that Lawrence’s sensitive portrait of the younger William Lock may be a study for an untraced portrait of the sitter exhibited as the royal Academy in 1791. Lock’s attire and hairstyle indicate a later dating however, and Lawrence did not usually make preliminary drawings for his paintings, preferring to prepare them by drawing directly on the canvas with chalk. . . . The sitter was the son of the connoisseur William Lock (1732-1810), was one of Lawrence’s first sitter and a close friend of the artist. The younger Lock (1767-1847) was a keen patron of the arts and an aspiring artist, but after viewing Rome he lost faith in his talent and gave up painting, though he continued to draw. 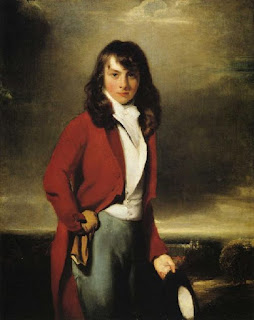 Arthur Atherley MP 1772 – 1844
This portrait was painted by Lawrence when Atherley was an Eatonian. Afterwards, he went to Trinity College and went on to stand as MP for Southampton for four terms. He was a founding member of the Fox Club. He also served as a justice of the peace in Sussex and died at Tower House, Brighton. 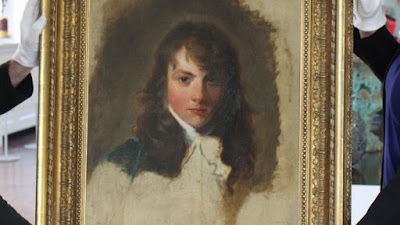 The finished portrait now hangs in the Los Angeles County Museum of Art, but an unfinished sketch of the same subject, above, was recently purchased from a private owner by the Holburne Museum, Bath. You can read more about that here. 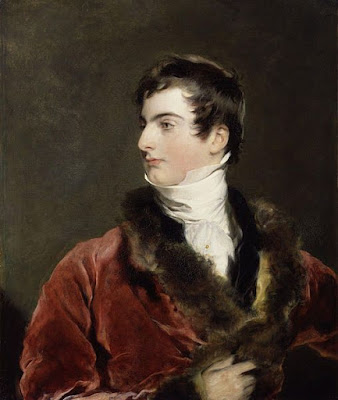 John Arthur Douglas Bloomfield, 2nd Baron Bloomfield 1802 – 1879
Astonishingly, Wikipedia tells me that Bloomfield was privately educated and became an attache to Vienna at the age of sixteen. This may have been due, at least in part, to the position of his father, the 1st Baron Bloomfield, about whom Wikipedia says: “He was an Aide-de-Camp, then Chief Equerry and Clerk Marshal to the Prince of Wales and finally was Private Secretary to the King, Keeper of the Privy Purse, and Receiver of the Duchy of Cornwall from 1817 to 1822. One of issues that Bloomfield had to contend with a Private Secretary was King’s extravagant spending.” However, things did not end well for the elder Baron Bloomfield. You’ll find the story here. 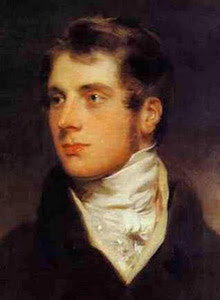 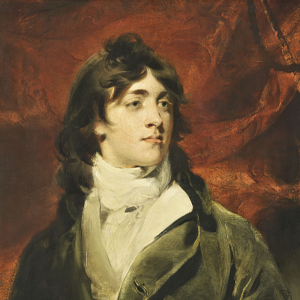 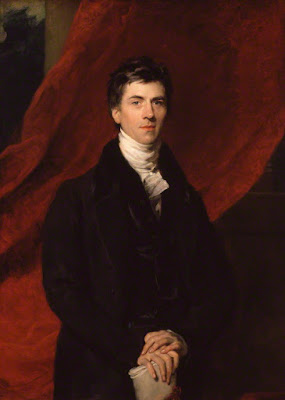 Henry Brougham, 1st Baron Brougham and Vaux 1778 – 1868
Anti-slavery campaigner, attorney to Queen Caroline and one of the first Englishmen to fall in love with Cannes and make it into a popular resort. Like Wellington, Brougham was named by Harriet Wilson in her Memoirs. Unlike Wellington, he caved and paid the hush money her publisher demanded to keep his name out of the book. Brougham’s name is still familiar to us, as a style of coach was named for a vehicle he designed, which was carried on until recent memory as a style of automobile. Find his full biographical story here.
And finally . . . . . 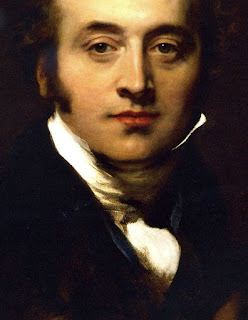