As the weather begins to warm up here in LA (Lower Alabama) my thoughts, of course, turn to…WINTER ! Having spent three years in England in my youth and five years in Germany as a youngish adult, I have a much higher tolerance for and appreciation of cooler weather. Alabama in the Spring and Summer months moves from :

“It’s another warm one out there.” 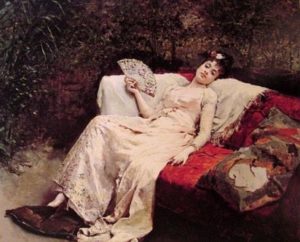 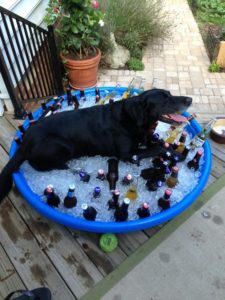 “It is hotter than the hinges of hell.” 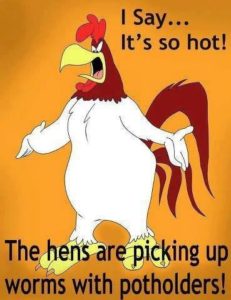 “Tarzan couldn’t take this heat! When will it end!” 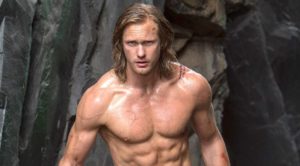 Suffice it to say, I am quite ready for Fall and Winter’s return. When the temperatures will drop into the seventies.

These days we have myriad devices available to us to adjust the temperature to a more survivable level. During the Regency Era, whilst the devices were also abundant, they were not always as efficient as today’s versions. However, some came quite close. In this post, we will explore the world of…

There are a number of places to research what the weather was like in England during the years of the Regency Era. One of my favorites is :

I like this site because, rather than give simple temperatures and basic weather information, it actually includes weather events for each year and more commentary on what the weather was like and what it was like to live through it. For instance, the winter of 1813/1814 was one of the five worst winters on record. Heavy snow fell for a number of days in January, 1814 with a brief thaw and then more snow. In short, it was cold.

Now imagine going to church in such weather. Services conducted in a large high vaulted ceiling edifice with no heat source whatsoever. Imagine the journey to said church or to a ball or to London in a carriage on less than serviceable roads. Are you feet frozen yet? Enter the foot warmer.

Foot warmers took a number of forms. The most important aspects were its size, practicality, and ease of transport. The simplest version consisted of a brick wrapped in flannel material which was placed as close as was safely possible to the fire burning in the hearths of inns and taverns. It was then placed in the carriage as it left the inn, either on the floor beneath a lady’s skirt or beneath the feet of a gentleman, perhaps with a carriage blanket draped over his legs. The brick or bricks returned to the fireplace of each inn where the carriage stopped along the way to be warmed  and placed back in the carriage on departure. A simple enough device which provided heat until the absorbed warmth faded, usually long before the next coaching inn.

Most of the more advanced foot warmers were boxes of either wood, tin or brass. Each of these versions contained a metal tray at the bottom capable of being slid in and out to be filled with hot coals. Holes were poked in the sides in a regular pattern and a rope or metal handle was attached at the top for ease of portability.

An innovation brought into production during the latter part of the Regency Era and even more prevalent during the Victorian Era was the ceramic foot warmer. This device was filled with water, heated on the hearth, and placed on the carriage floor beneath a lady’s skirts. Early versions were completely round, but latter versions had a flat side, designed to stabilize the device on the floors of moving carriages.

You will notice on the one above there is a hole for the water to be poured into it. What the photo does not show is how the bottle is closed. They are usually fitted with a cork at the end of a clay piece that looks rather like the top and first several threads of a screw. I know this from personal experience as I own two of these bottles. Treasures my mother purchased at an estate sale whilst we lived in England over fifty years ago.

An interesting use made of warming pans and foot warmers during the Regency Era was as a sort of vaporizer against colds, coughs, and some forms of asthma. Below is a mention of this use in a period newspaper.

At this season of the year when the excessive damps, produced from the vapours of the earth have such a visible effect on the human body generating colds and putrid disease of the most fatal kind; the following, which has been tried in the circle of a few families, would doubtless have its use if more generally adopted, as it is not only a specific preventive, but is the surest palliative in asthmatic and consumptive constitutions. When the air is thick, foggy or moist, let small lumps of pitch be thrown into your first in such degree and so frequent, as to keep up an almost constant smell of bitumen in the apartment. In rooms where fires are not frequently used, a warming pan throwing into it small lumps of the same particularly before going to bed, might be applied with conveniency. Houses newly painted are best purified in this manner, and the more so as neither injures nor soils.

It wasn’t impossible to stay warm during the Regency Era, but in many cases it took a great deal of ingenuity. And a great deal of caution. Hot coals, even in a tin box, presented a very real danger to ladies wearing skirts made of materials not known for their fire-resistant properties. There are no reports of this sort of accident occurring, but I daresay there were some close calls.

So for those ladies who have not yet met their Mr. Darcy, 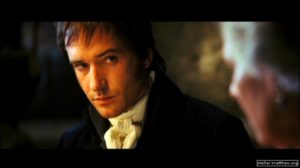 Might I suggest a foot warmer? Or perhaps a pug or two? 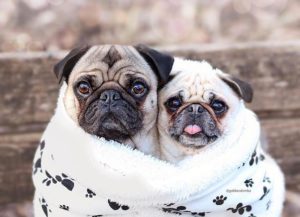