Skip to content
Kristine here, picking up at Osterley Park where Victoria left off. We took the train out to Osterley and walked to the estate from the station. It was a glorious walk and seeing the grounds from different viewpoints was indeed special. 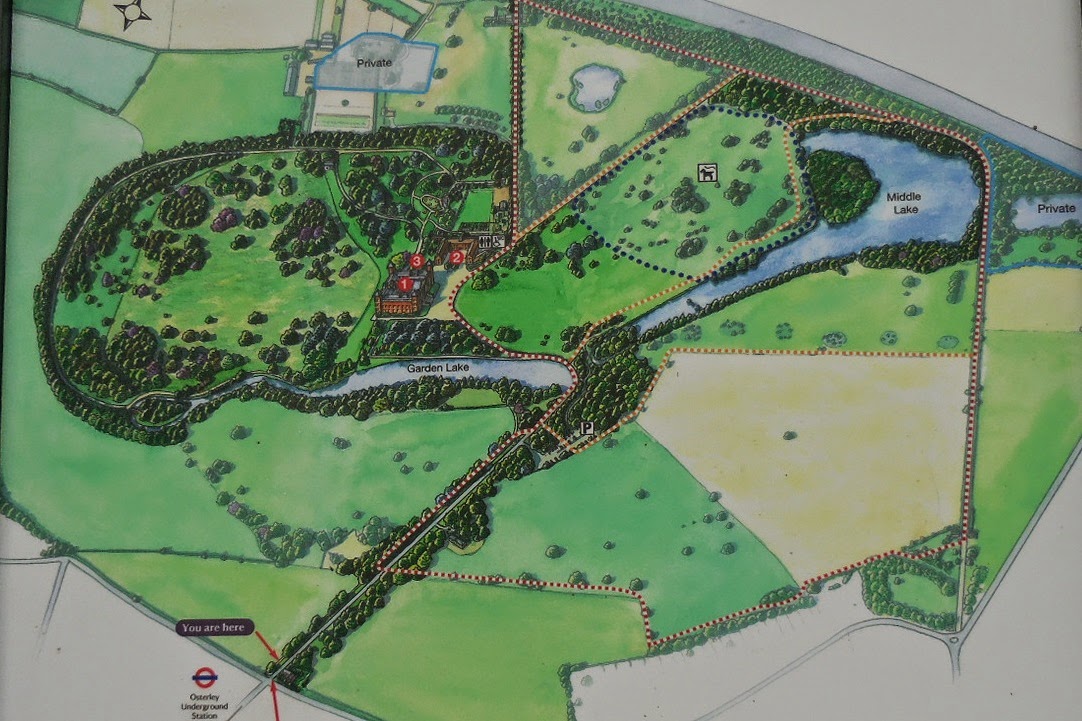 MAP OF ESTATE, CROPPED
As we began our walk towards the house, we noticed horses loose in the paddock and, of course, we were compelled to speak to them, to pet them and to take about 718 photos of them. 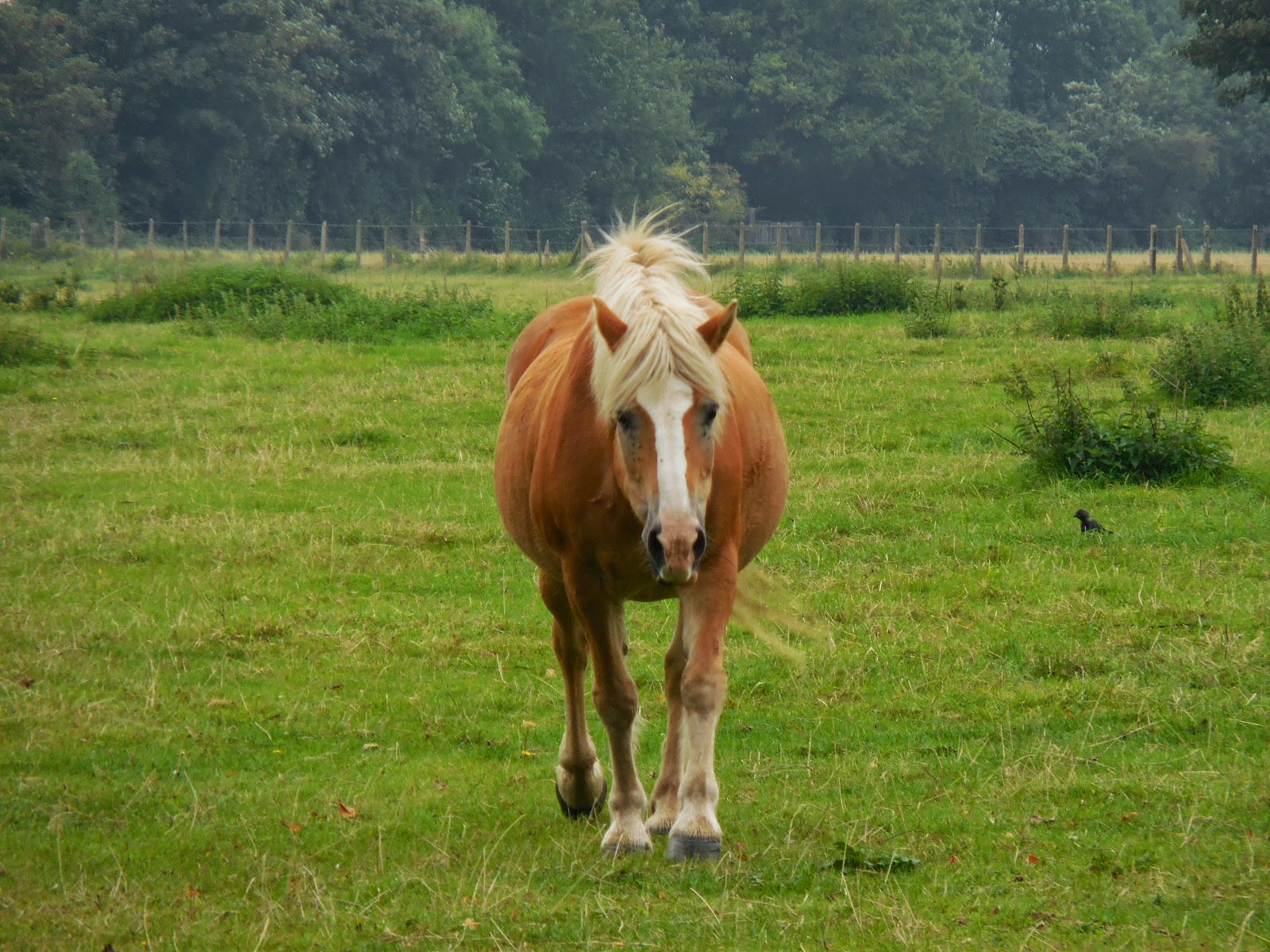 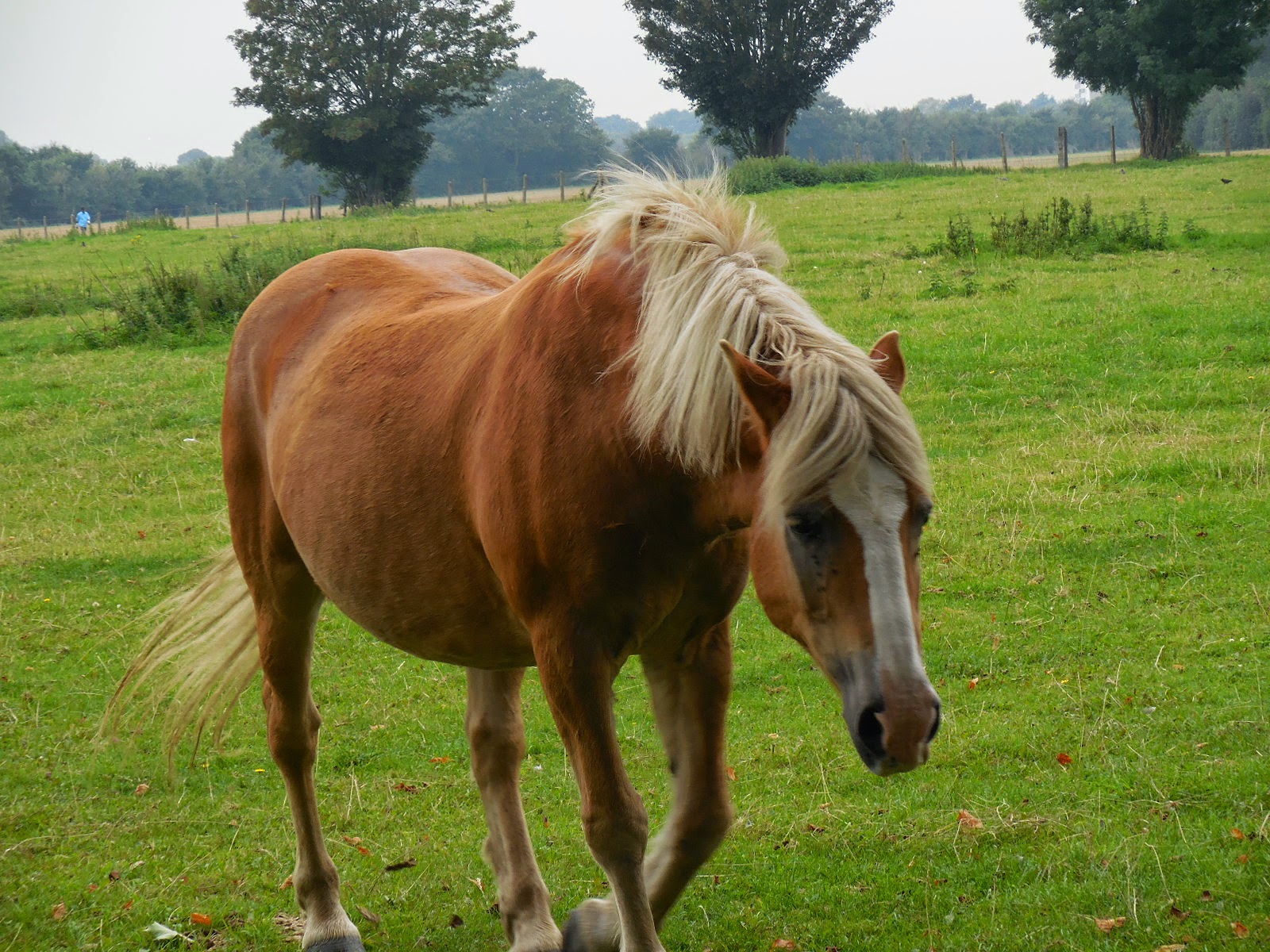 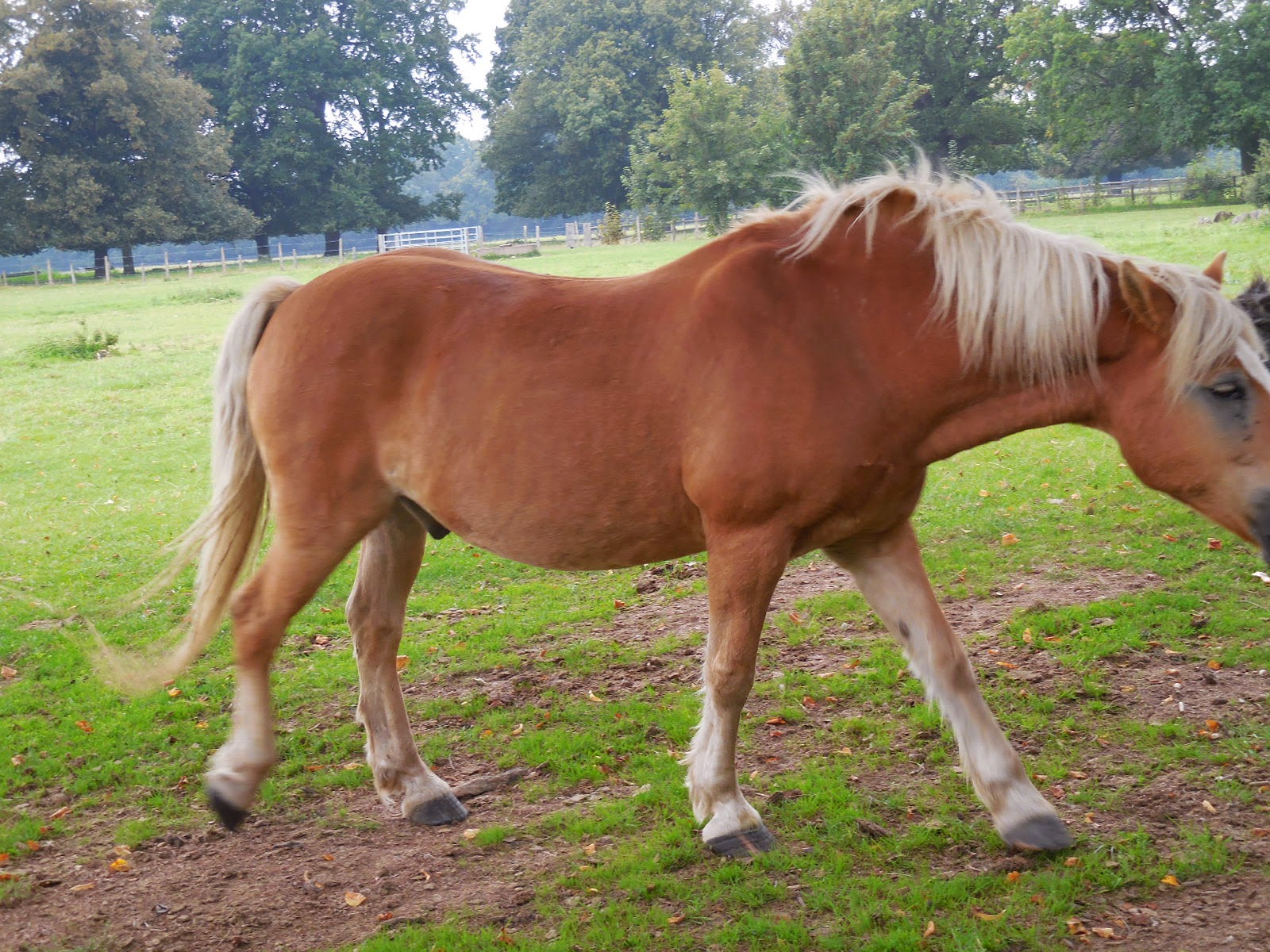 As you can see by the photos, the horses were quite friendly. I was a tad surprised
to see a Palomino in England, but then, why shouldn’t there be? 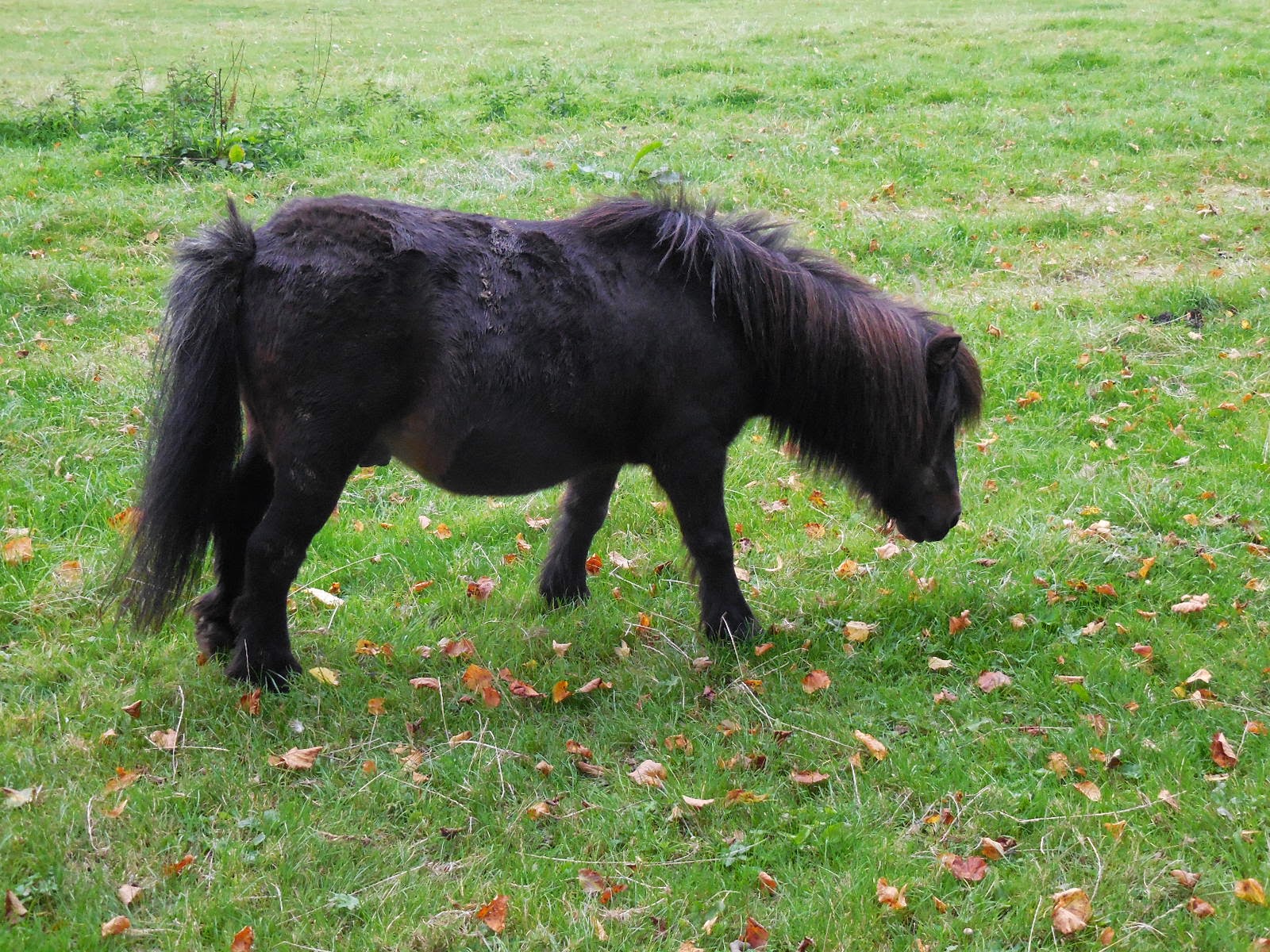 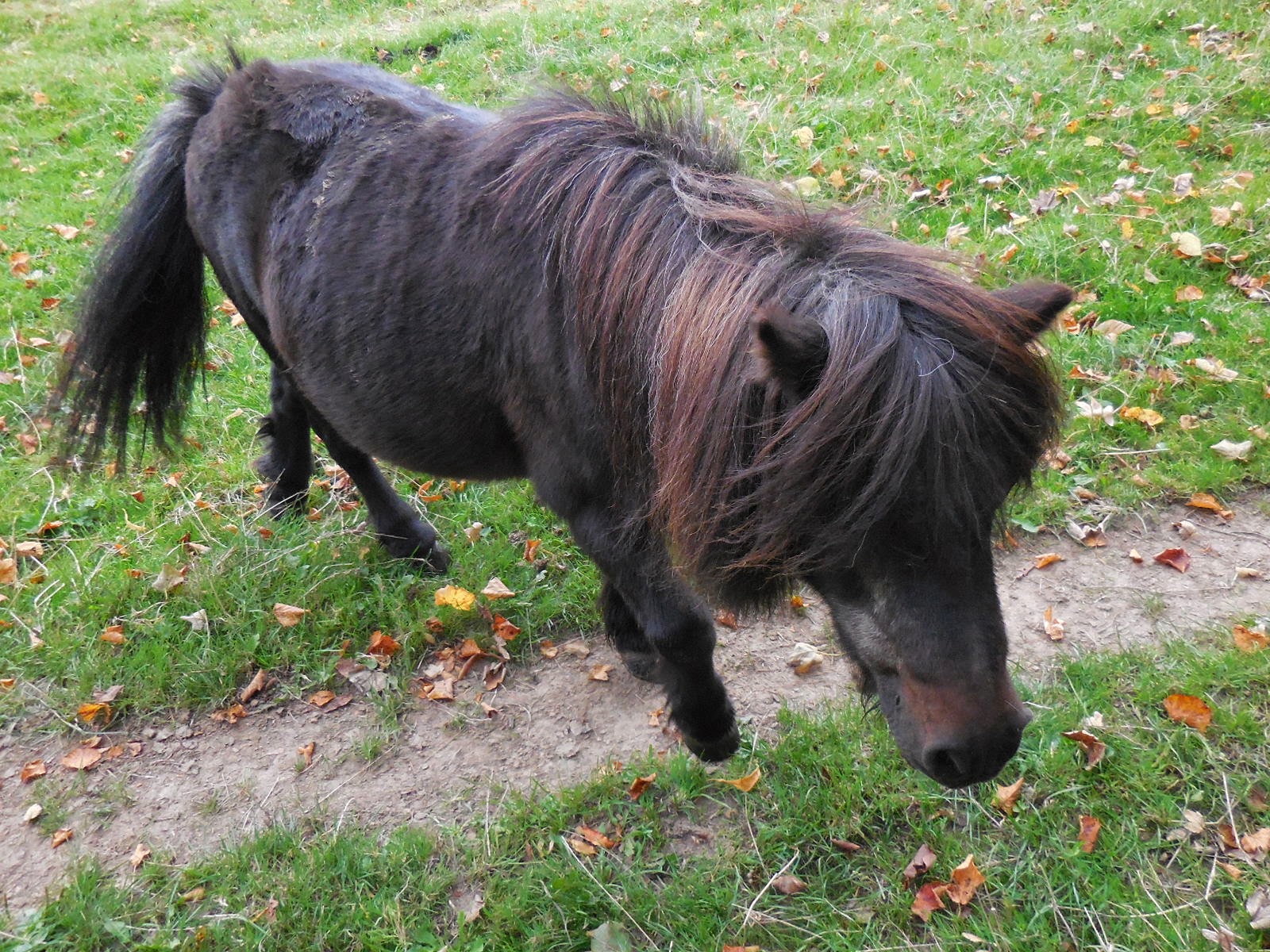 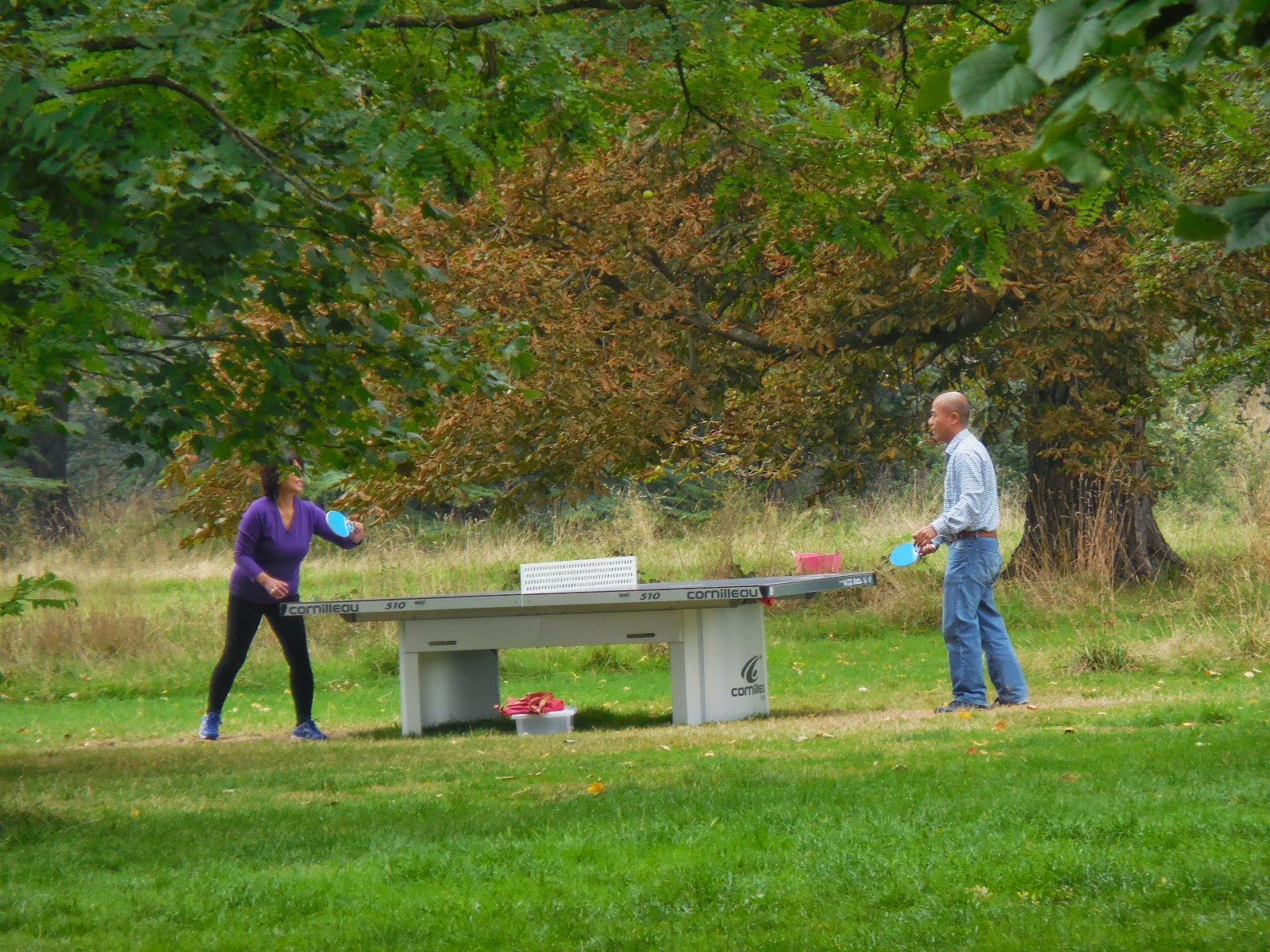 Further up the drive, we spotted a pair playing table tennis.
At last, we reached the house, as you are well aware after Victoria’s fabulous photos that ran in last Friday’s post. The house was just stunning and I spent much of our time there taking pictures of the architectural details and of the views from various windows, all of which I’ll be sharing here soon.
Osterley’s downstairs is as fabulous as its upstairs as the domestic areas in the basement remain relatively in their original state – and there are so many of them, more than can be seen in other stately homes. 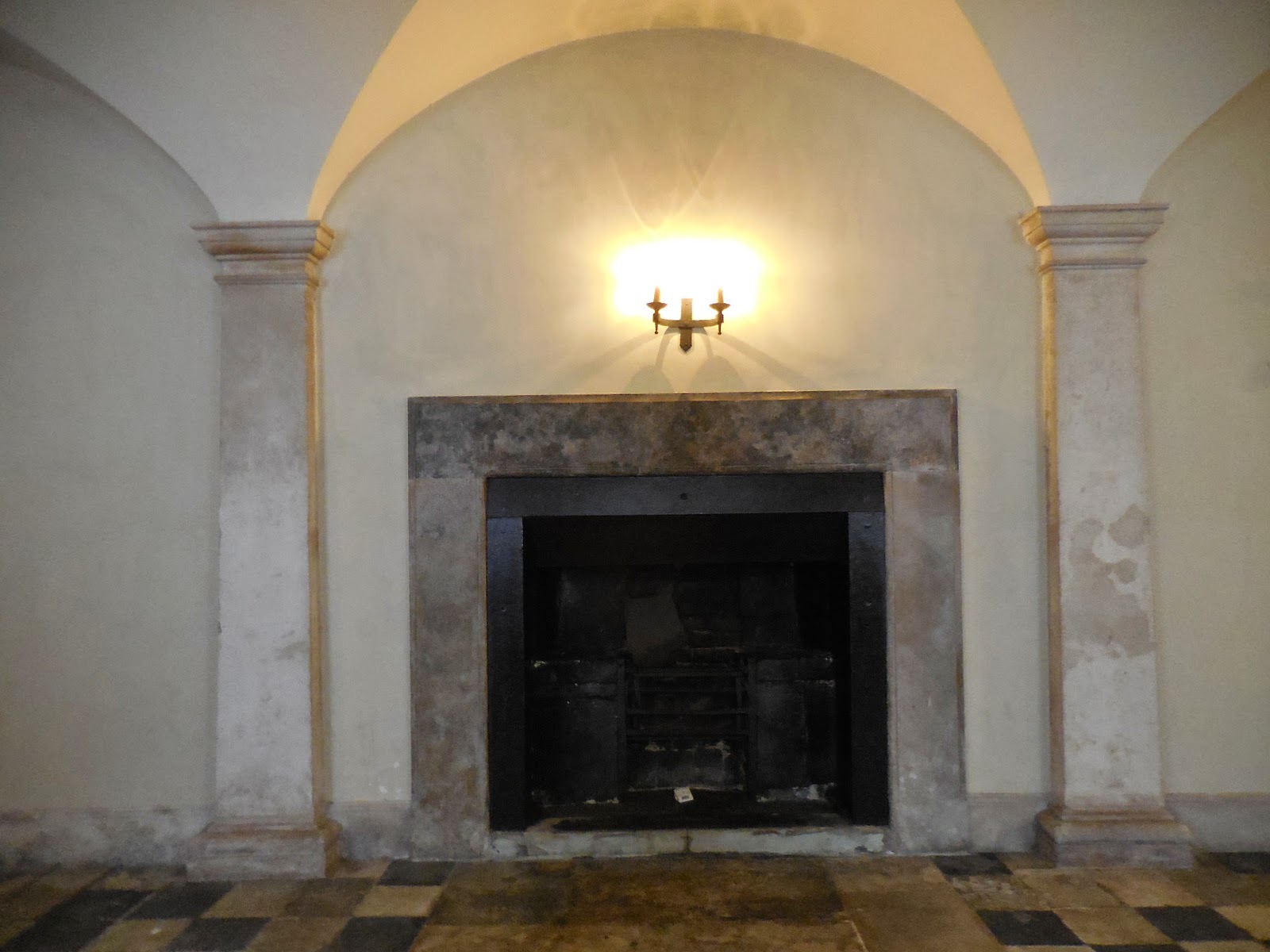 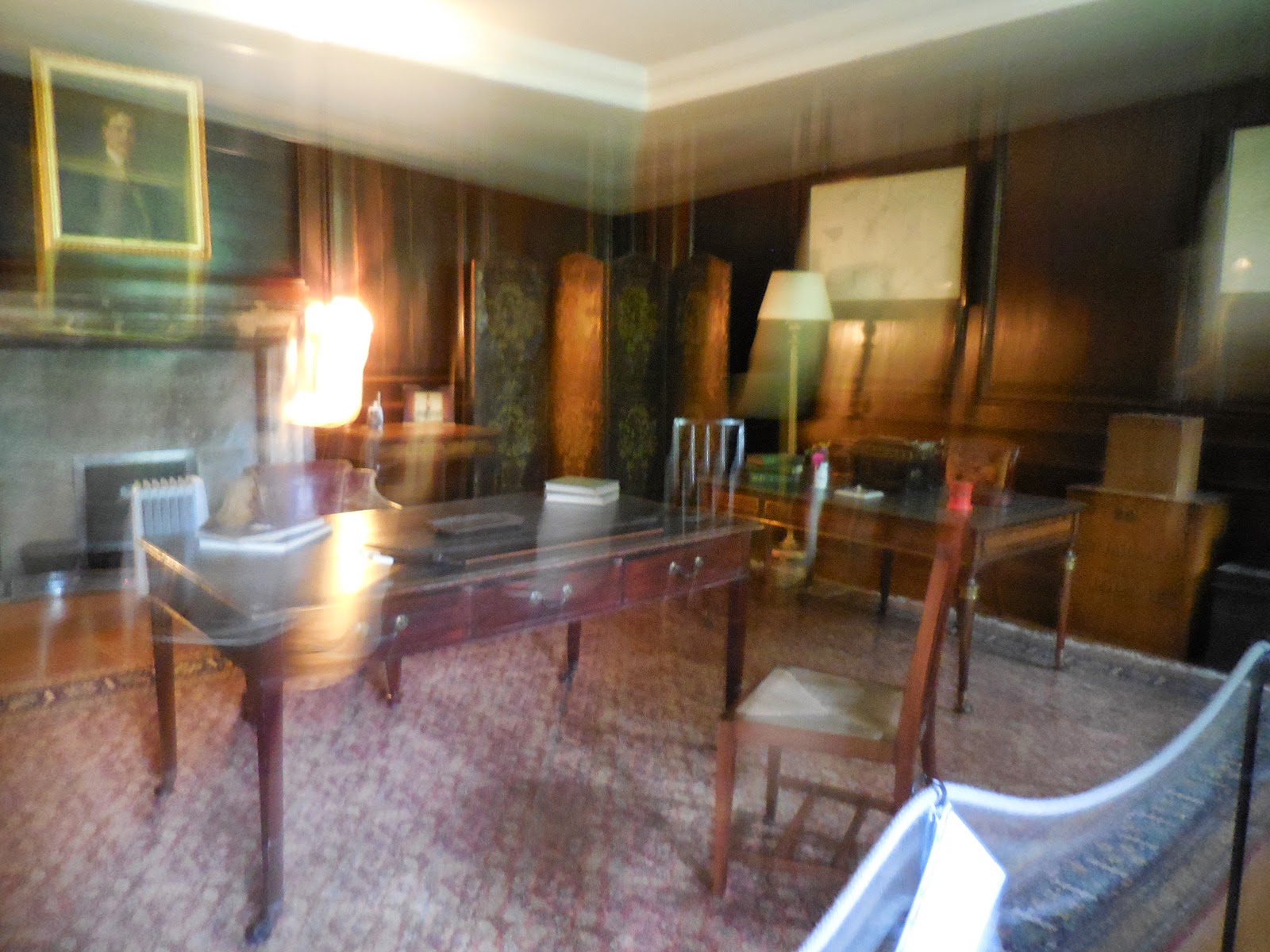 I apologize for the shaky photos, but they may still go a ways towards showing you how well turned out some of the “servants” rooms were. Above is the game keepers room, the house keepers salon below. 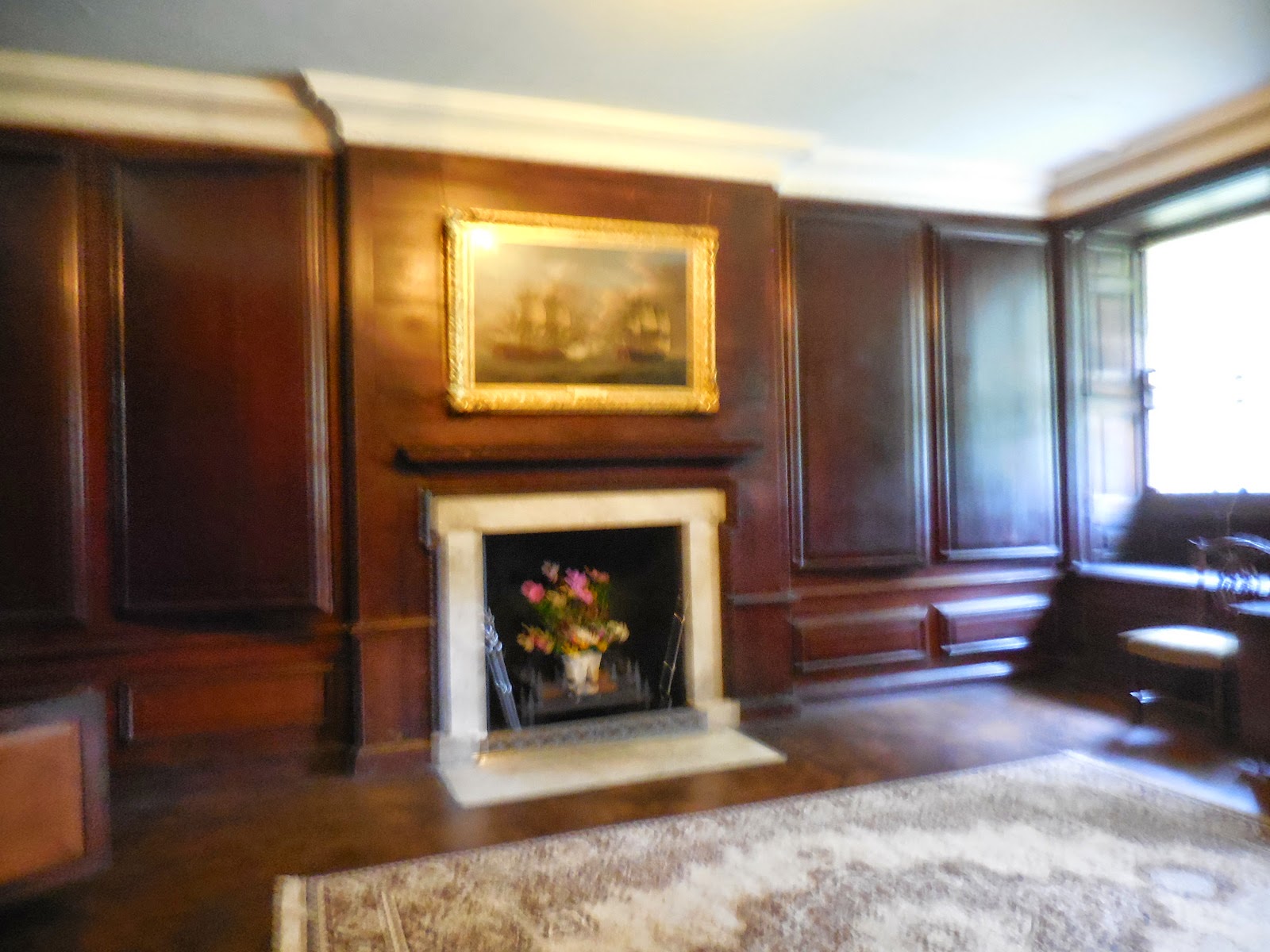 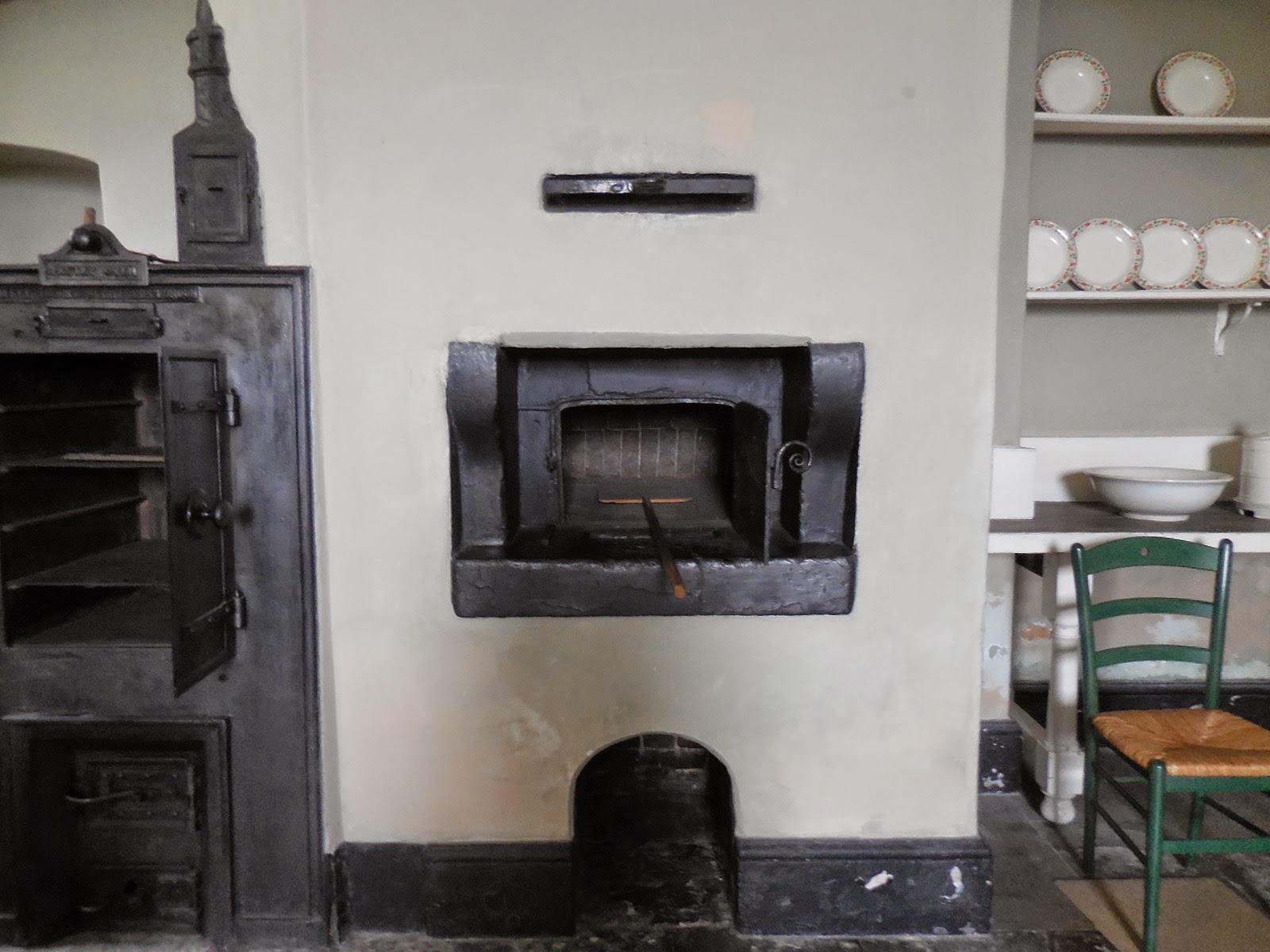 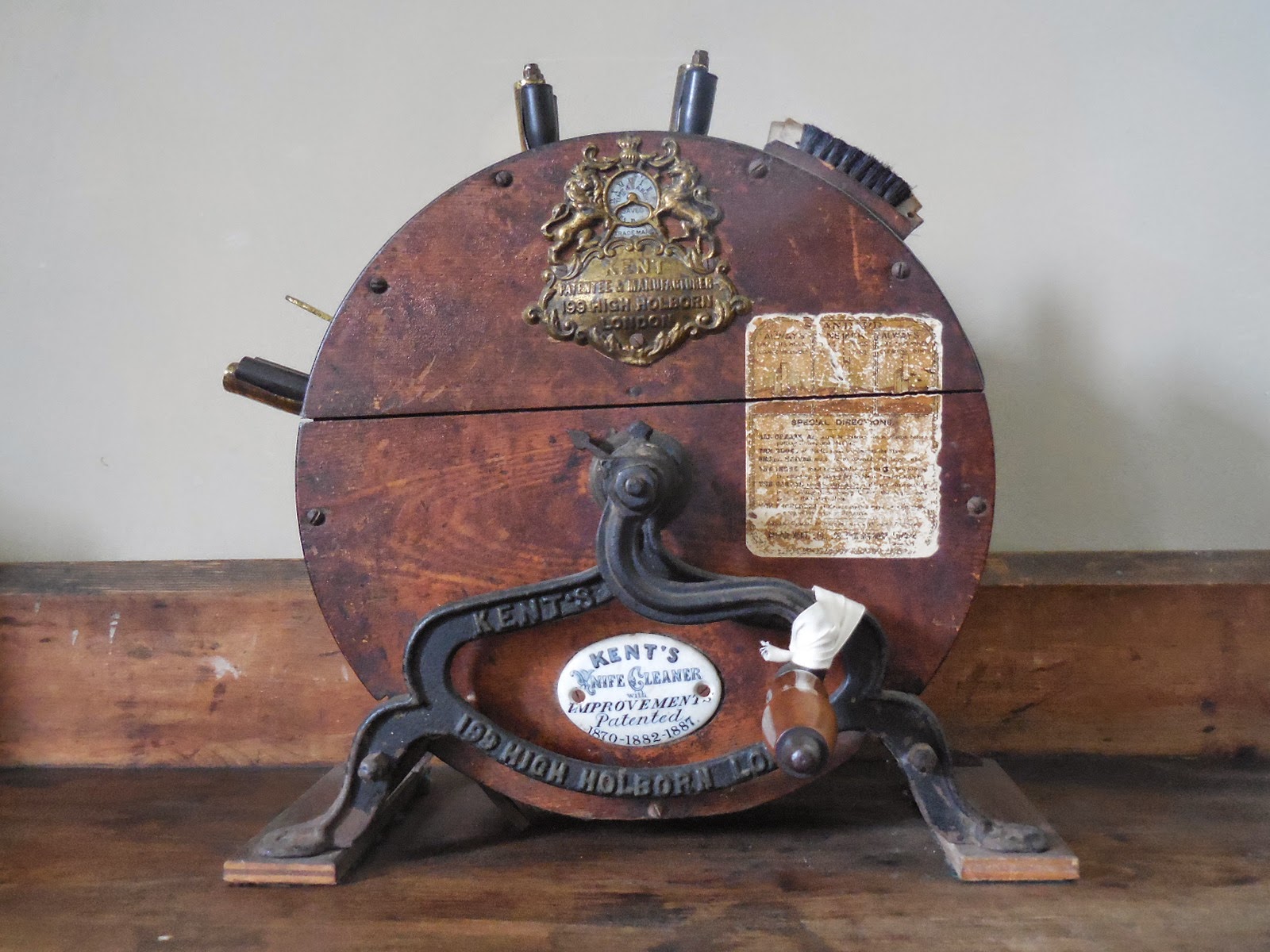 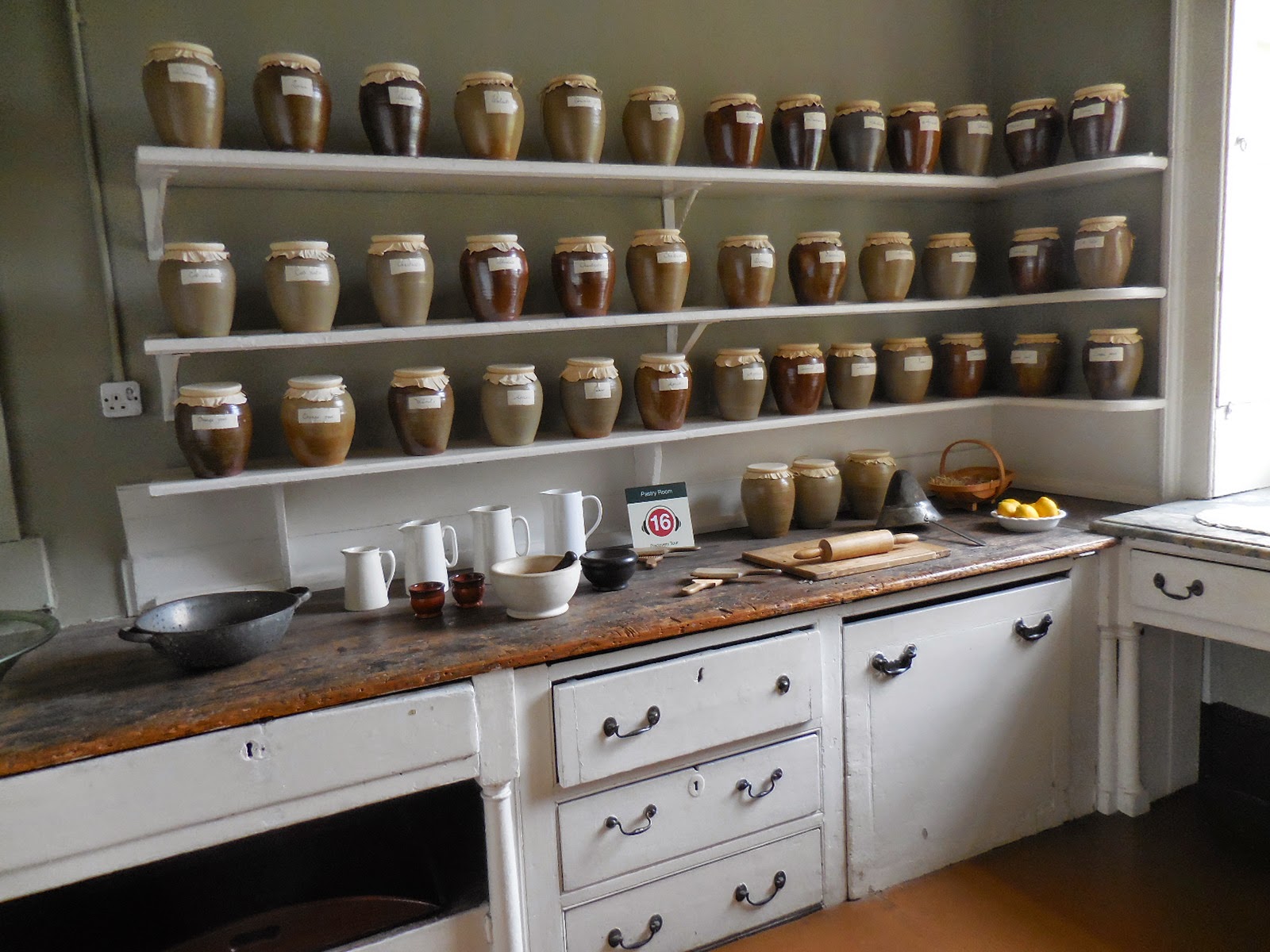 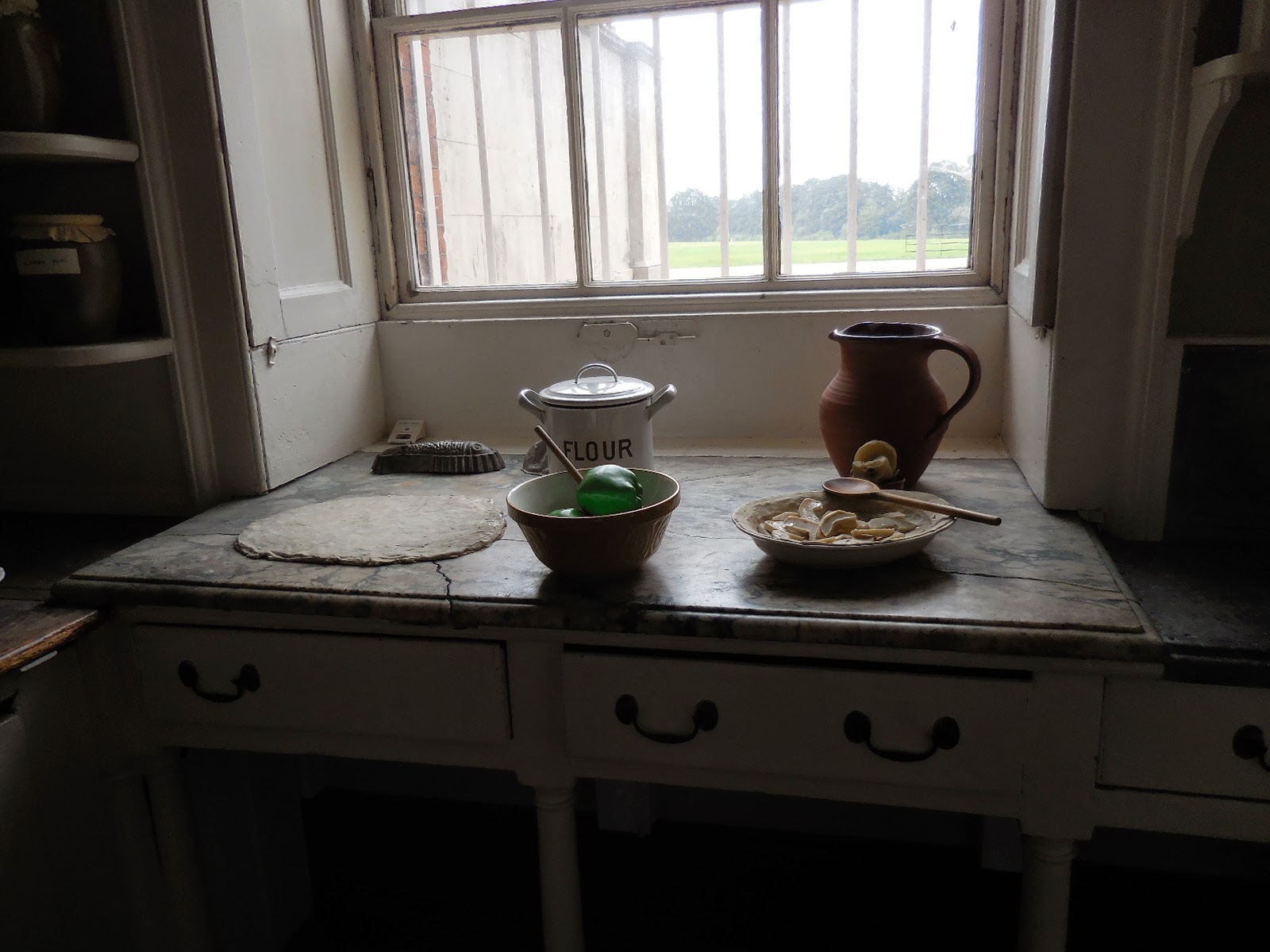 You can tell that the servants were valued at Osterley Park –
they actually had windows to provide light, fresh air and a view. 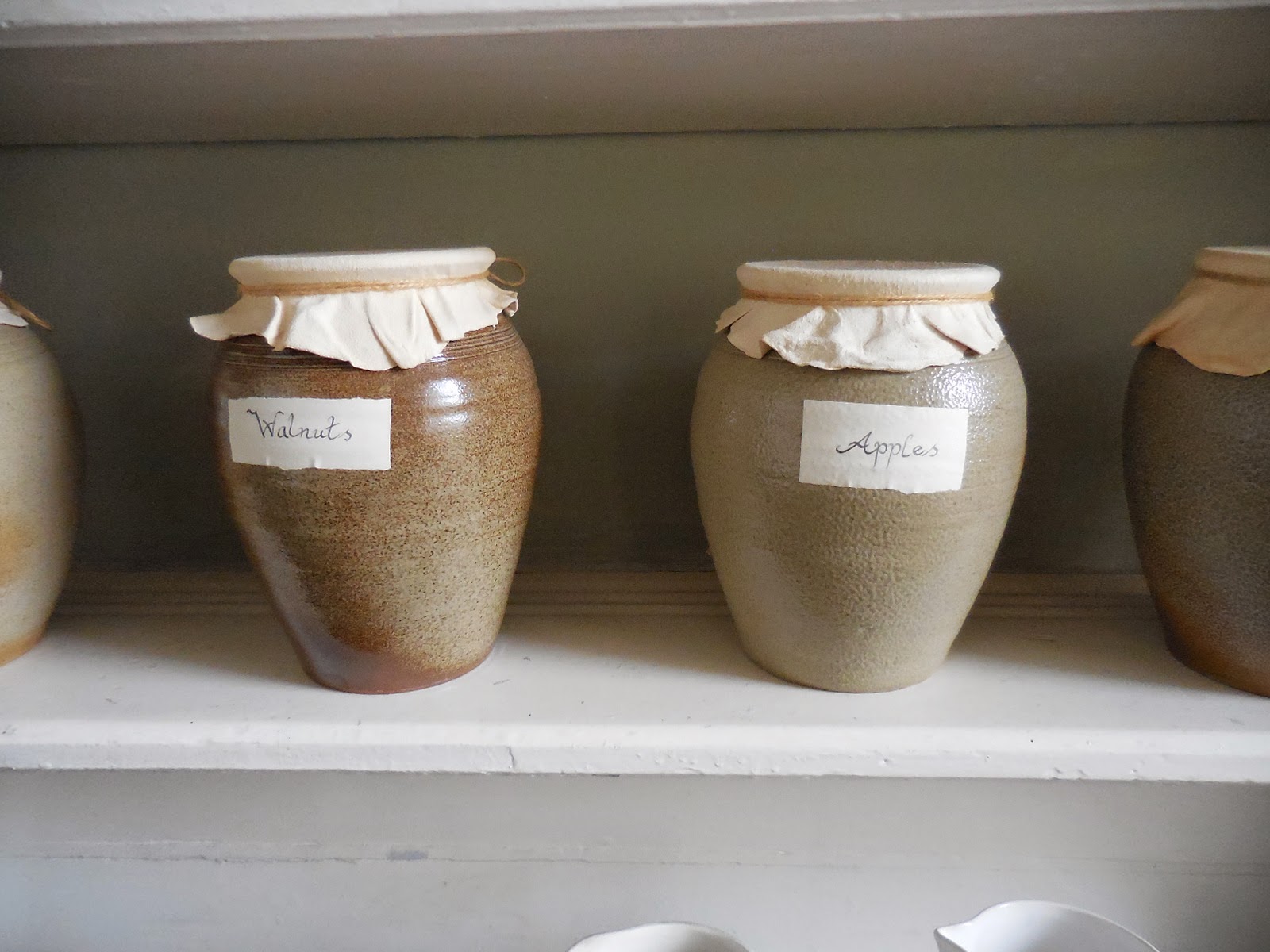 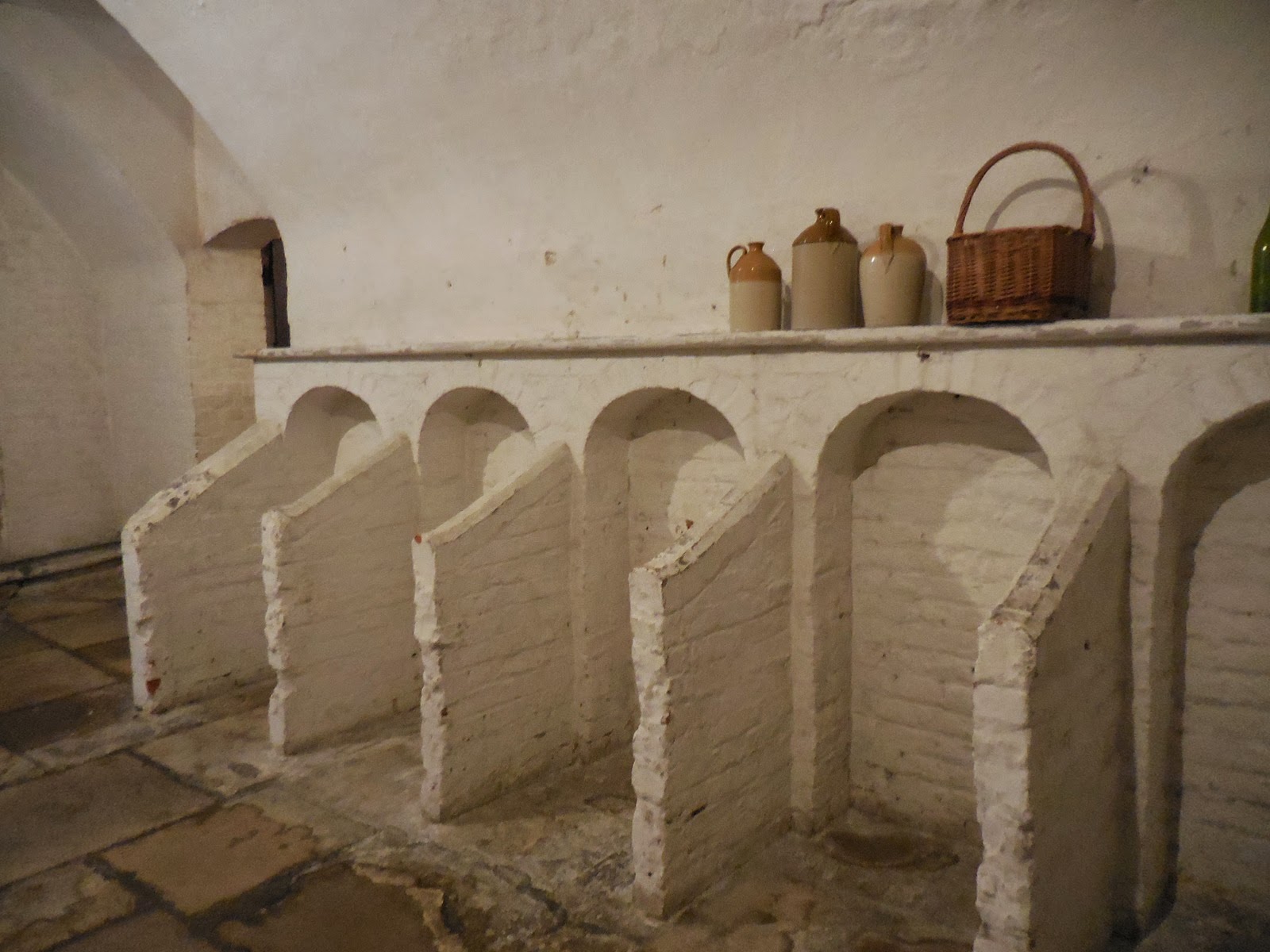 Here is the wine room – barrels of wine and beer would have been fitted into each compartment. 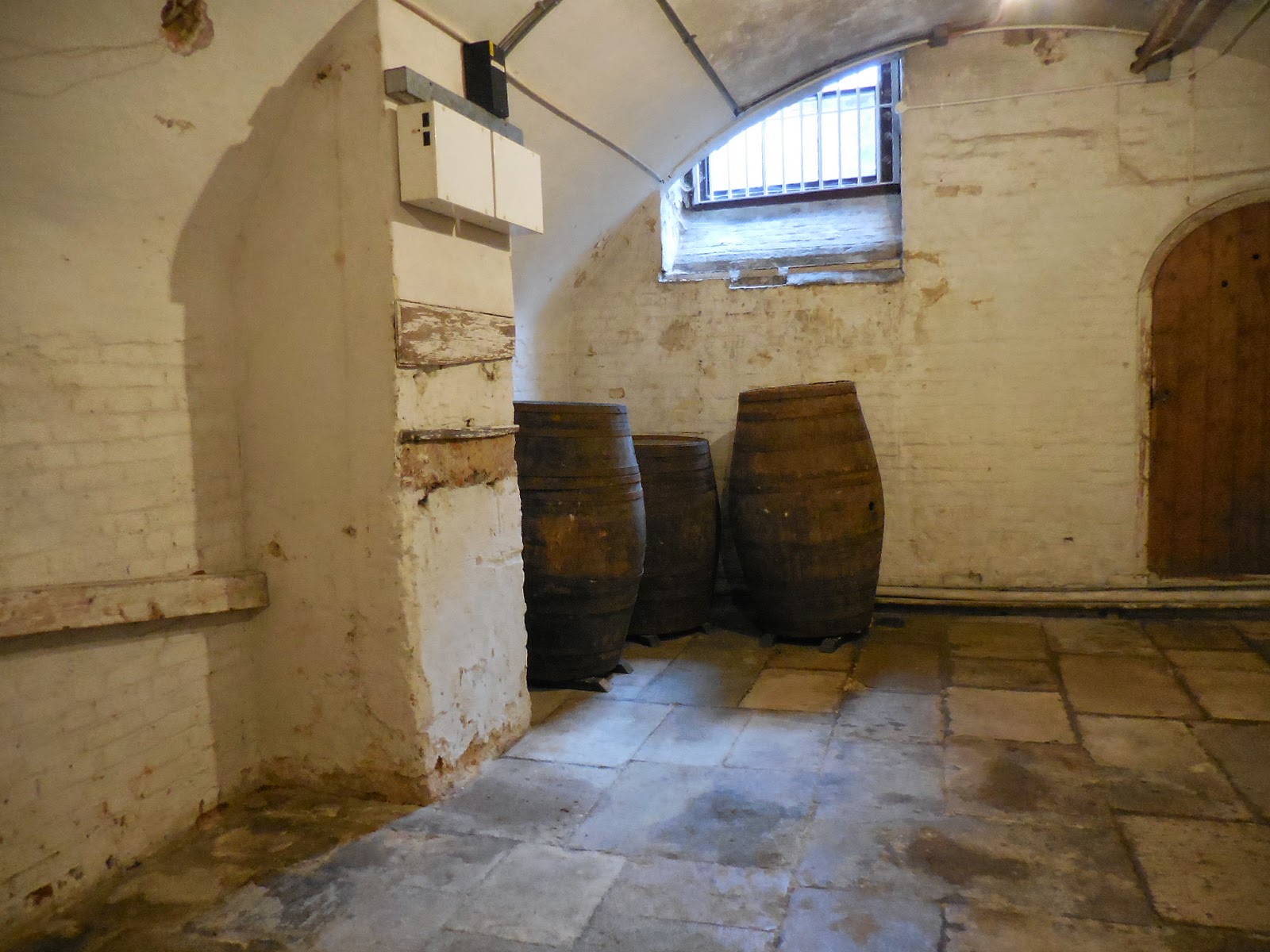 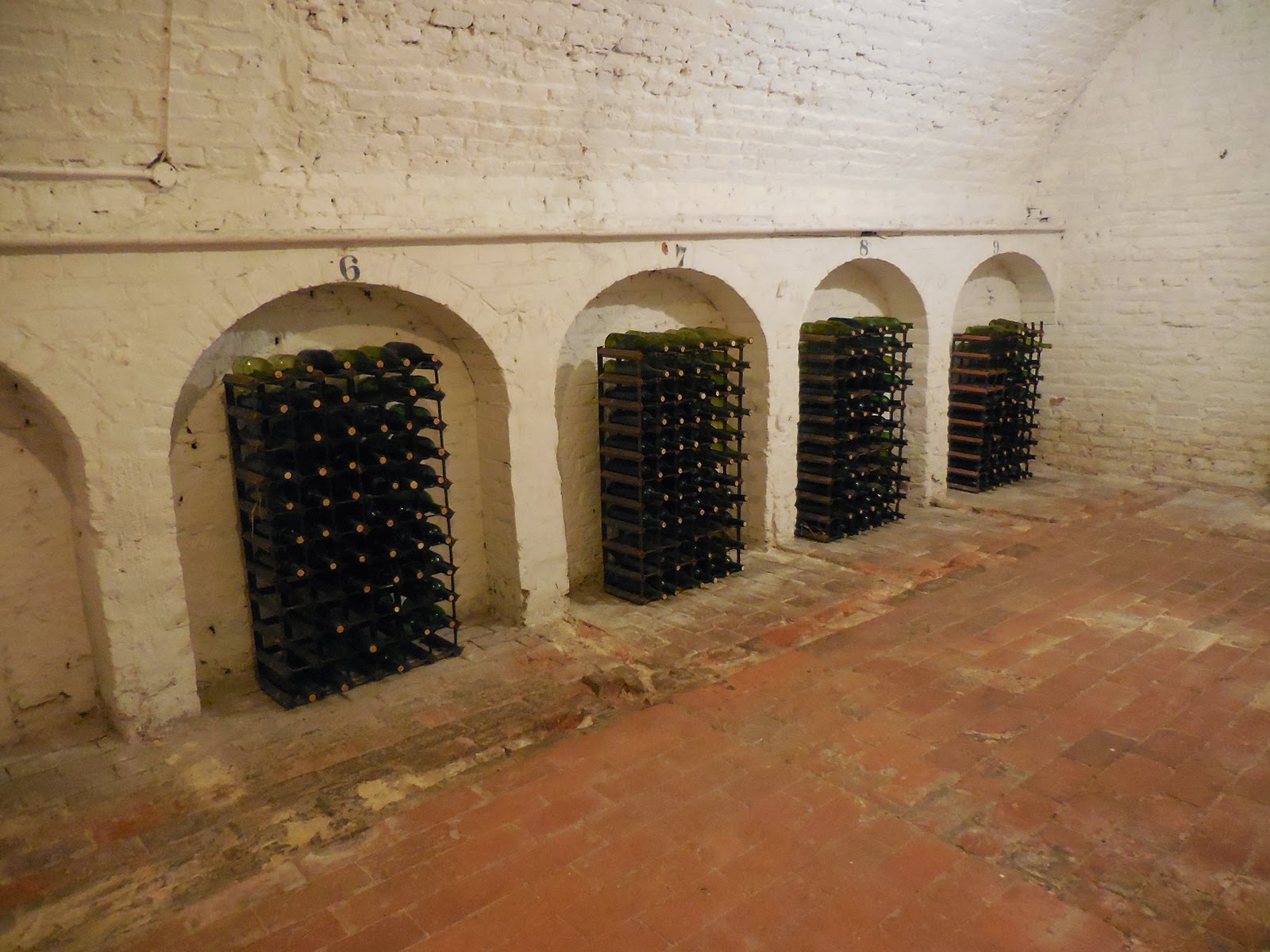 More wine! And champagne! Sadly, there was no tasting on this tour. 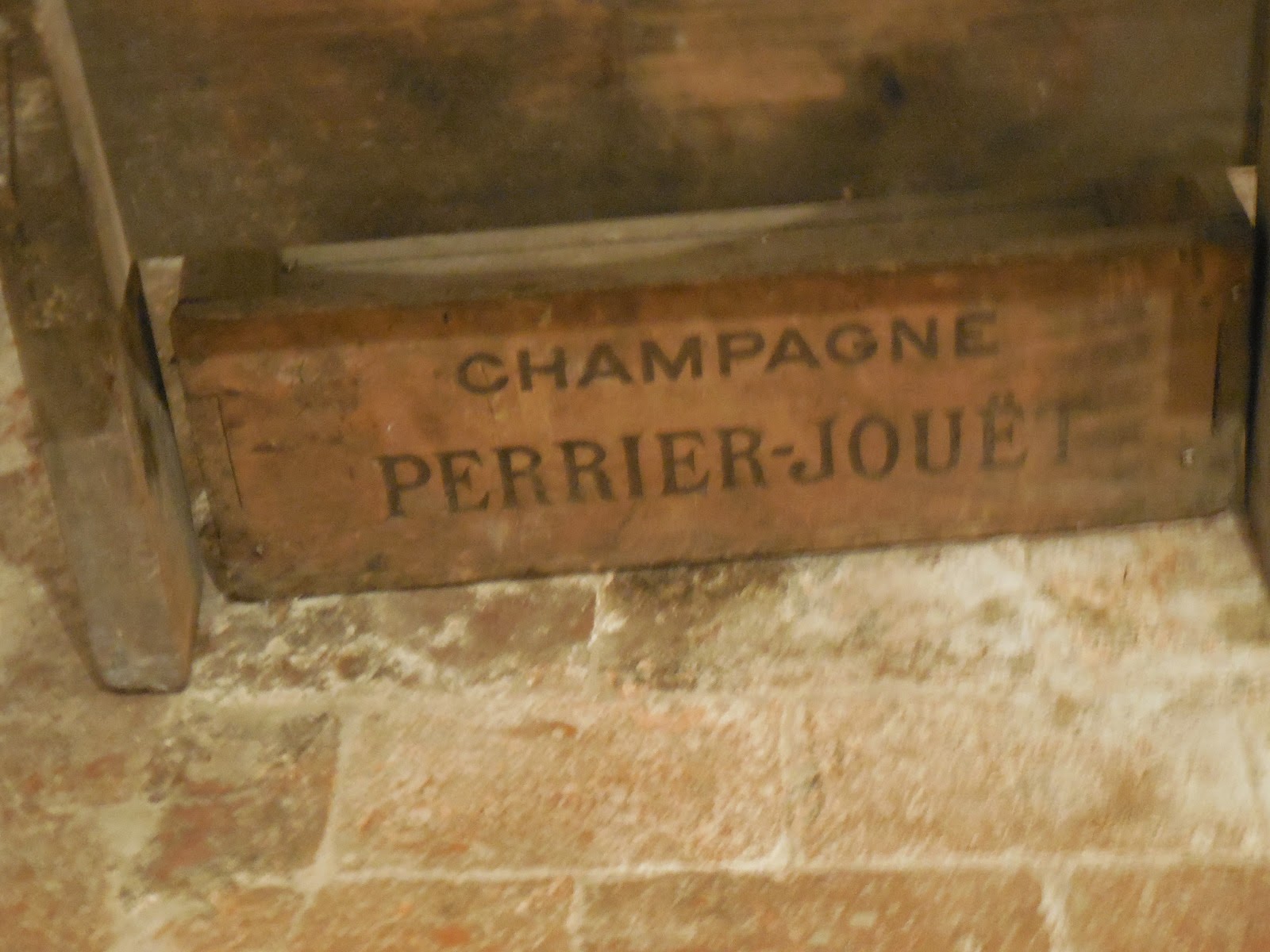 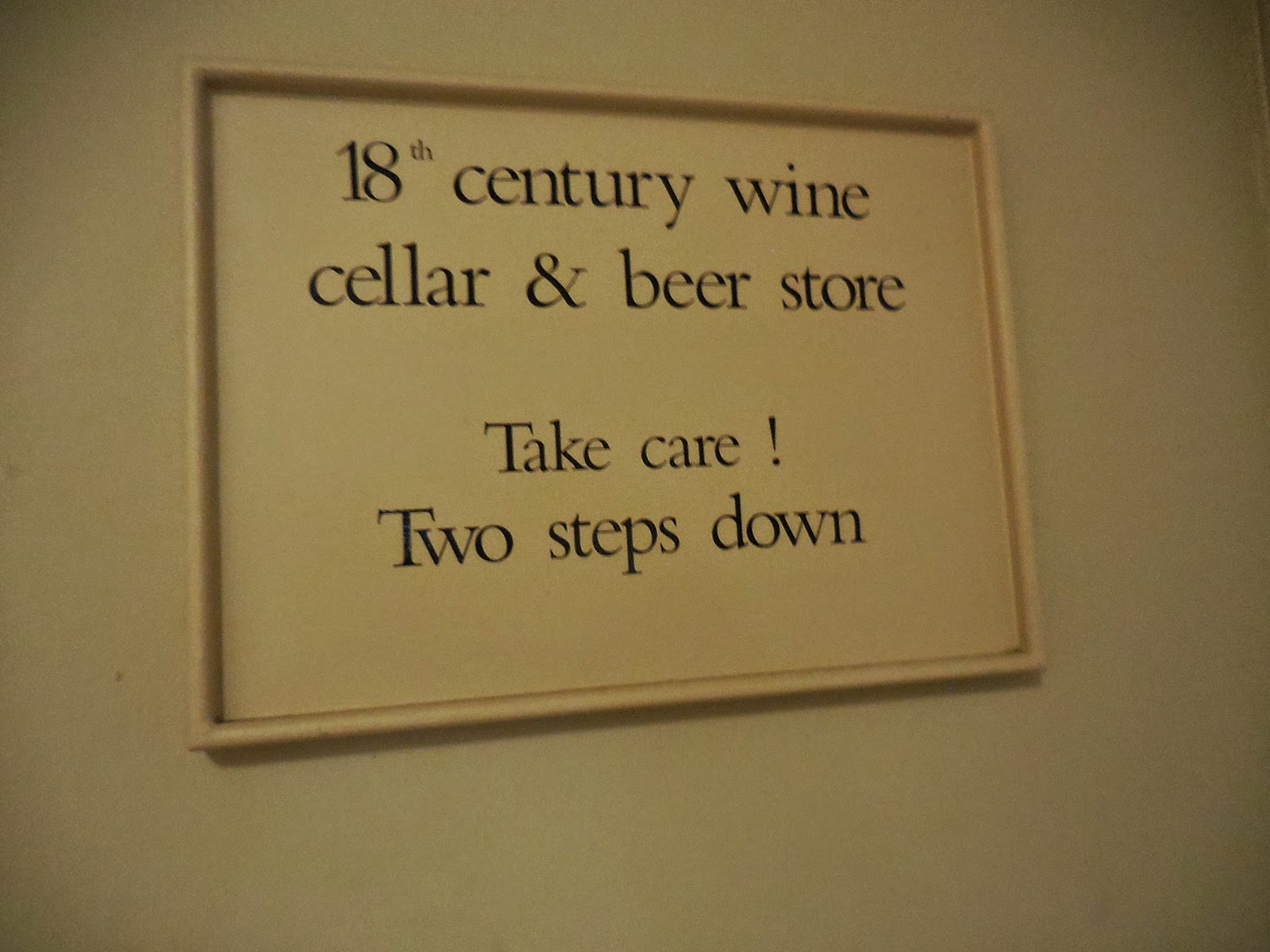 Even the Osterley horses were well regarded, as evidenced by the grand stable block above, now fitted out with a gift shop and tea room.
As you can see by the photos below, Victoria and I stopped by the Osterley farm stand on our way back to the station.  The fruit and veg were simply gorgeous and Victoria and I snapped away with our cameras until I had a laughing fit.
“What’s so funny,” Victoria asked as I doubled over with laughter.
“We’re taking a hundred pictures of cabbage,” I said, tears running down my face.
“So?” Victoria replied, snap snapping away with her camera.
“Oh, God,” I said, “Veg! We’re photographing veg. Would you take pictures of cabbage and potatoes if we were in the produce section at Publix?”
Victoria finally saw the humour and began laughing herself. “But it’s British veg.”
“I know! That’s what’s so funny. If anyone saw us, they’d think we were from some third world country where onions are a luxury. Thank God no one else is here – they’d think we were mad.”
“Now you’re worried about that? It’s too late. People who know us already think we’re mad.” 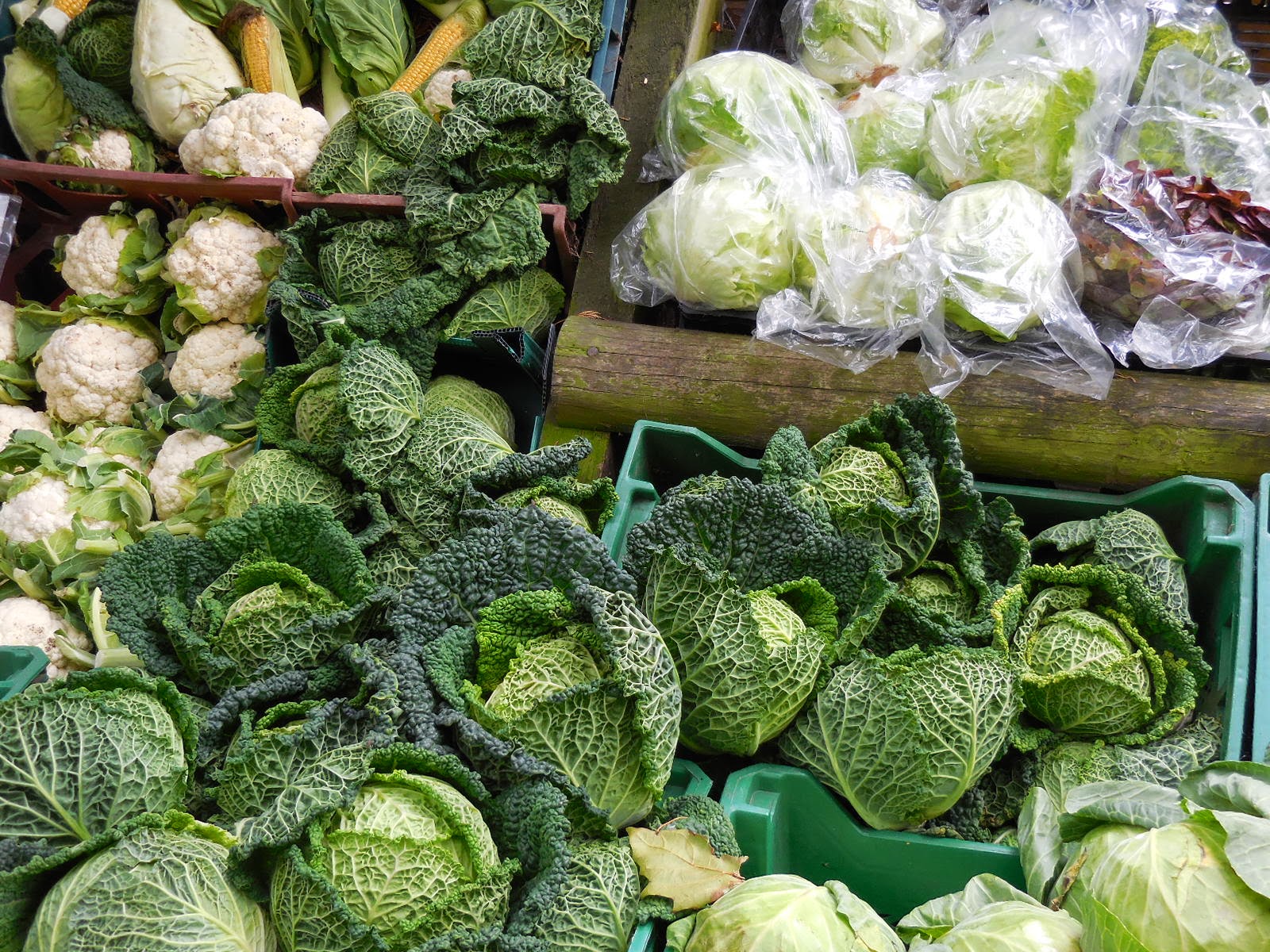 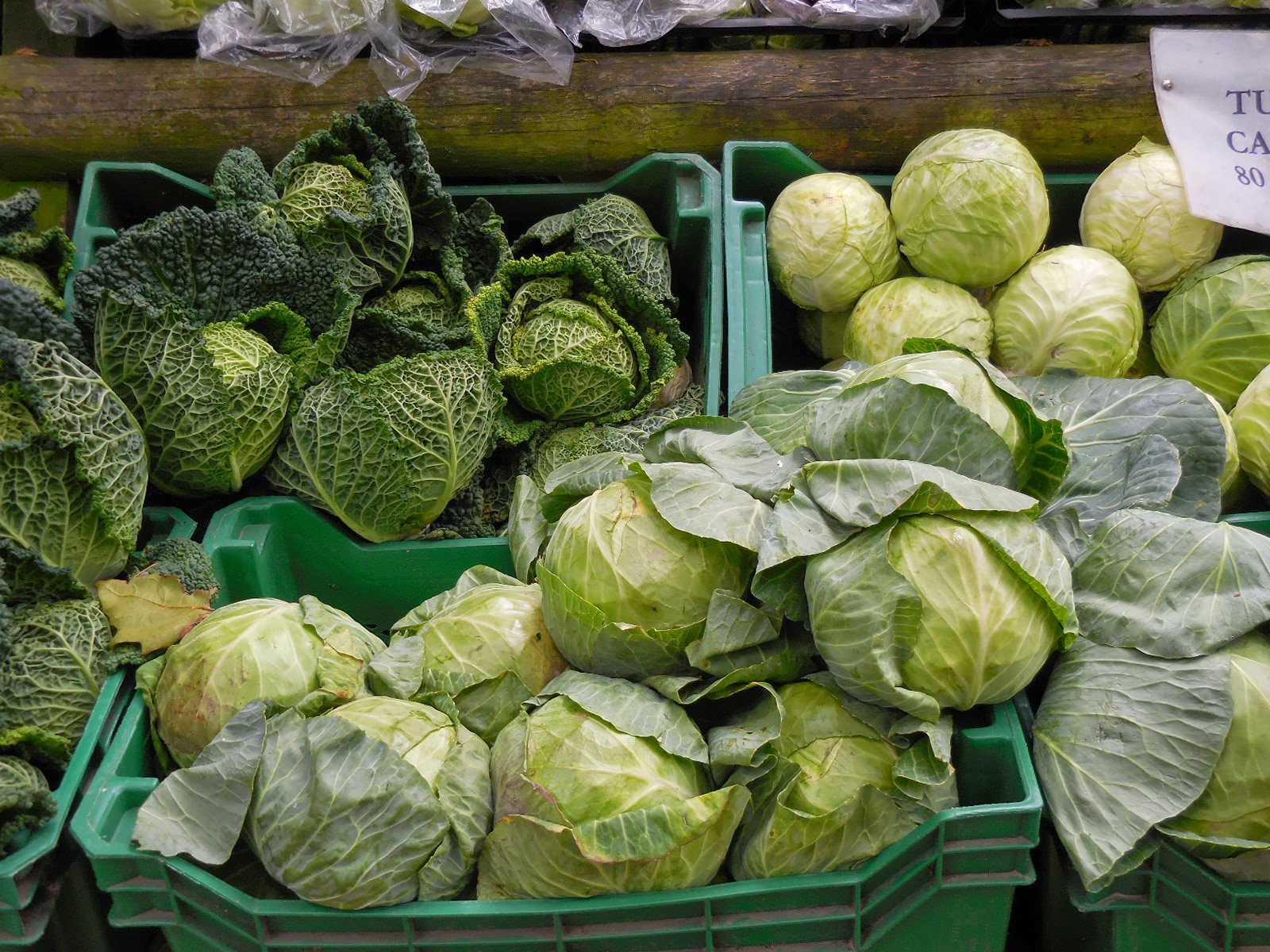 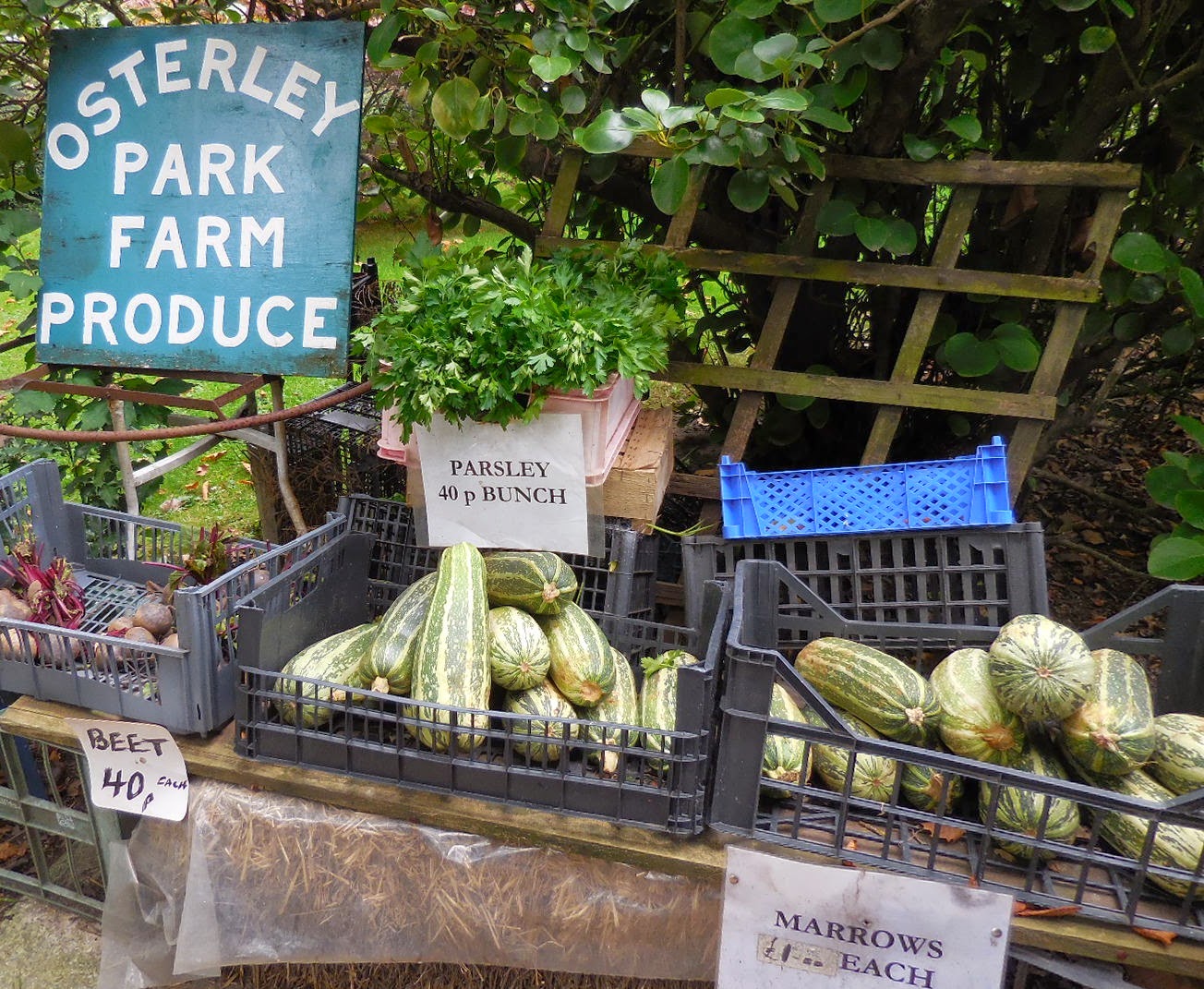 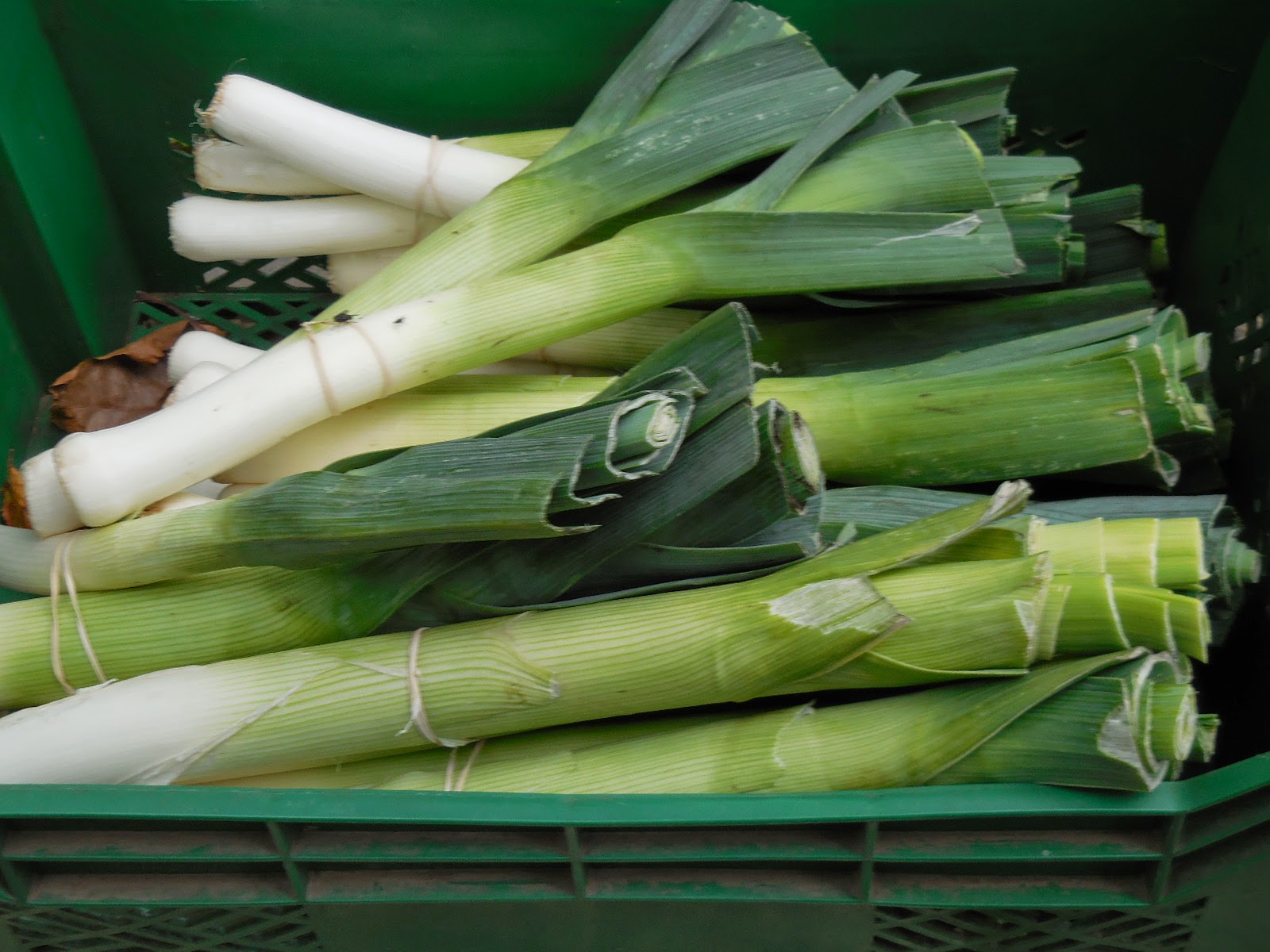 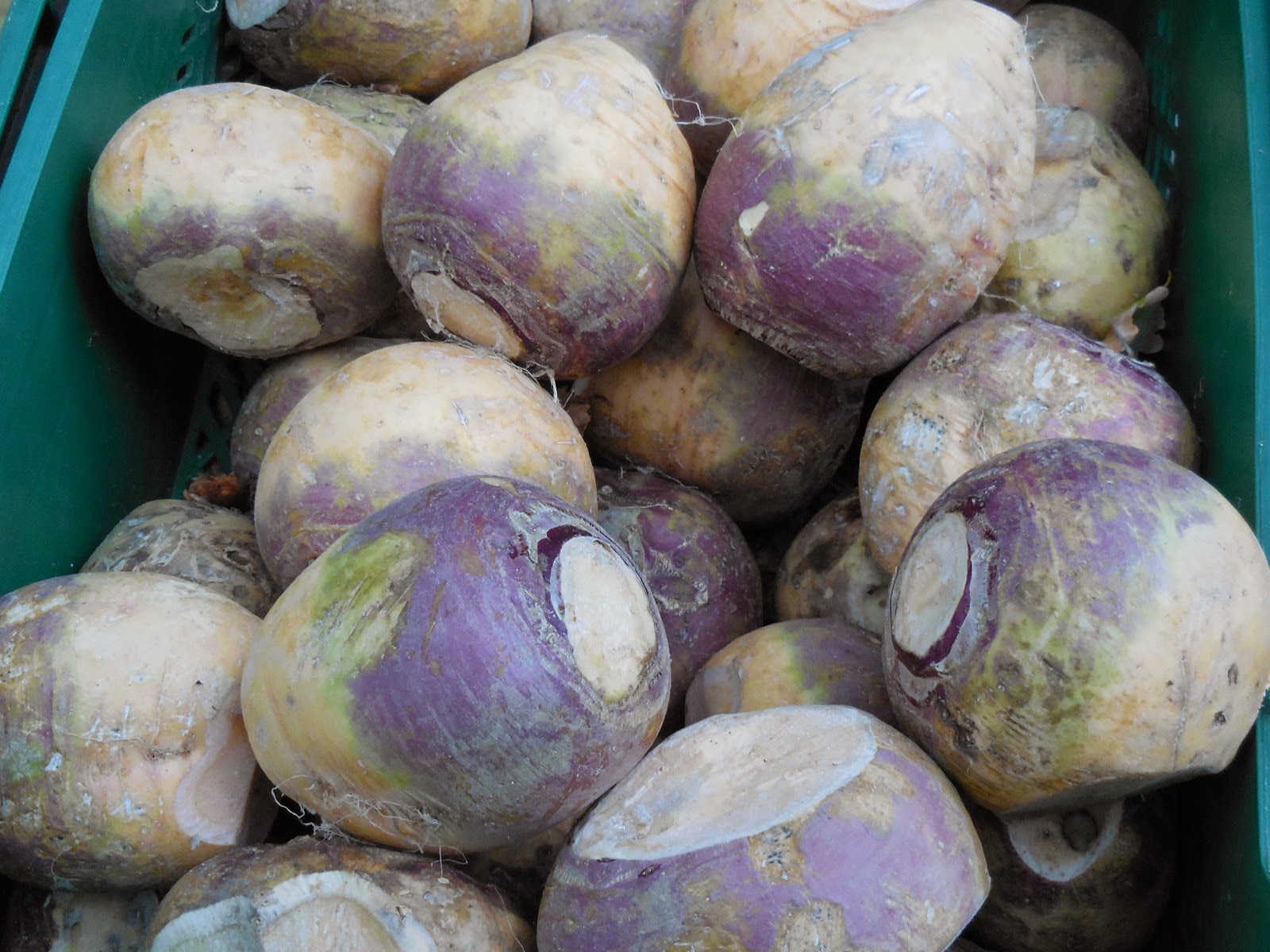 2 thoughts on “LOOSE IN LONDON: BELOW STAIRS AT OSTERLEY PARK”