No matter how many times I visit London, I always find new nuggets of historic trivia that are hugely interesting. I thought I’d do a bit of investigation recently in preparation for the St. James’s Walk Victoria and I will be leading during The Wellington Tour in September, when I discovered some interesting facts.

Firstly, I did some research into Devonshire House, London home to the Dukes of Devonshire since 1697, when the 1st Duke purchased the home, then known as Berkeley House, from Lord Berkeley. You can get an idea of it’s prime location on Piccadilly from Roque’s map below. 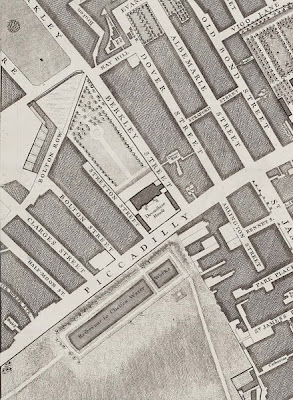 The house burned down in 1733 whilst undergoing renovations, allowing the Duke to rebuild in a contemporary style better suited to entertaining on a grand scale. The prime example of such an entertainment came over a hundred years on at The Duchess of Devonshire’s Ball, a fancy dress entertainment held in order to celebrate Queen Victoria’s Diamond Jubilee on 2 July in 1897. The Duchess encouraged guests to take their inspiration for fancy dress from history, literature and mythology. Thankfully, the Duchess hired photographer James Lauder of the Lafayette Company to be on hand to photograph the 200 costumed guests in front of different backdrops over the course of the evening.

The Duchess of Devonshire as Zenobia, Queen of Palmyra 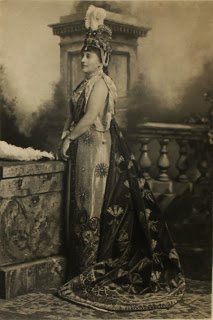 The Ladies Churchill as Watteau shepherdesses. 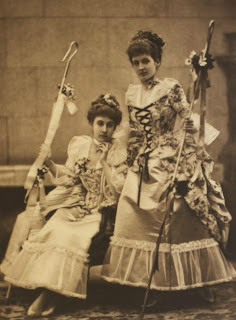 Princess Henry of Pless as the Queen of Sheba 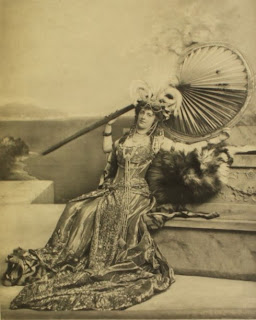 Unfortunately, Devonshire House (below in 1905) was demolished in 1920, when it was sold by the 9th Duke of Devonshire in order to pay death duties. Today, an office building stands on the site. 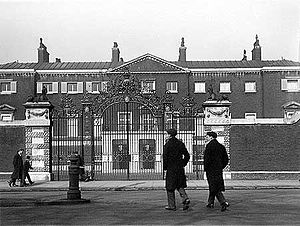 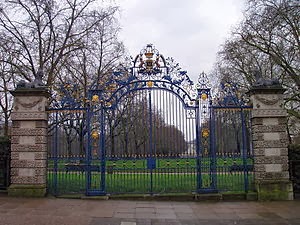 The new bit of trivia I learned is that the gates from Devonshire House were saved and moved to the entrance of Green Park off Piccadilly. I can’t tell you how many times I’ve walked past, and through, these gates, never realizing their history. 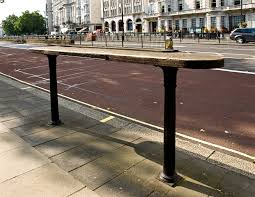 Another piece of London history I’ve walked past numerous times is the Porter’s Rest above, located just down the street from the Green Park Gates as you walk towards Apsley House. As E. Beresford Chancellor tells us, there is a plaque on the object that reads “At The Suggestion Of R.A. Slaney Esq. Who For 20 Years Represented Shrewsbury In Parliament This Porter’s Rest Was Erected In 1861 By The Vestry Of St. George Hanover Square For The Benefit Of Porters And Others Carrying Burdens.” You can be sure we’ll be pointing this piece of street furniture out to everyone on the Wellington Tour – who knew?
Click Here For Complete Details of The Wellington Tour
﻿