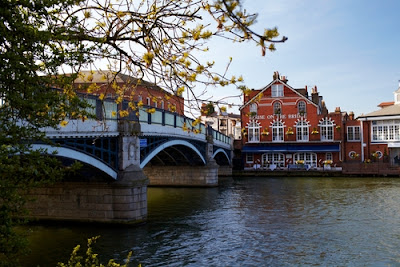 After leaving the Guildhall, Hester and I took a leisurely stroll down to the Thames and stood on the bridge.

“One day I’m going to come back and take the boat ride,” I sighed.

“No. I never have the time. There’s always somewhere to rush off to see.”

“Speaking of which,” Hester said, looking at her watch, “we’d better get ourselves some lunch before it’s time for the kitchen tour at the Castle.”

So off we went and found ourselves a nearby restaurant, where we ordered tomato basil soup accompanied by warm bread with lashings of butter and two lattes. I can’t recall exactly what Hester and I discussed over the meal, though it had something to do with conducting research at the Royal Archives, the families (ours, rather than Royal) and other odds and ends. Afterwards, we made our way to the Castle. 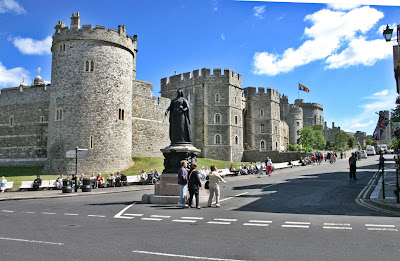 “Tell me the truth,” I said to Hester as we made our way to the entrance, “are you heartily sick of my dragging you to the Castle? It seems like I make you do it every time I visit.”

“But I’ve never seen the kitchens,” she said. “I’m really looking forward to it.”

We arrived early enough for us to visit the gift shop. 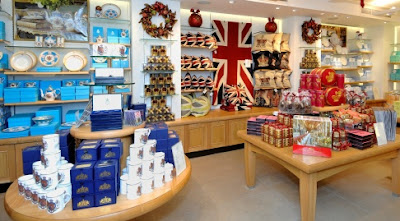 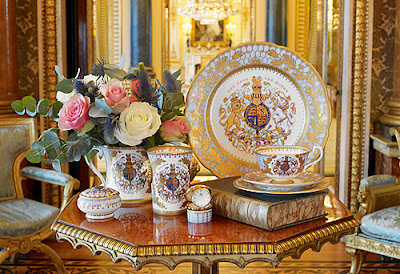 I was on the hunt for a Golden Jubilee item to add to my collection and there wasn’t a shortage of items on offer. Which should I choose?  Hhhmmmm. Before I could decide, it was time for the Kitchen Tour, so Hester and I made our way over to the meeting point. 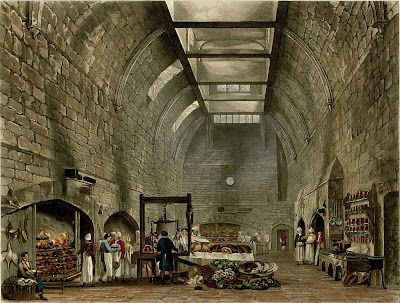 Above is a rendering of the vast Windsor Castle kitchen in late Georgian days. The present day kitchen tour “takes you behind the scenes to the oldest working kitchen in the country, in constant use for nearly 750 years. Today, staff of the Royal Household use the Great Kitchen to prepare food for both grand ceremonial occasions, such as State Banquets, and more informal events in the royal diary. Your guide will tell you about the devastating fire of 1992 and how restoration work uncovered the Great Kitchen’s original medieval structure. You will hear about royal dining, past and present, and have a fascinating insight into Windsor Castle as a working royal palace.” In addition, the tour includes the State Entrance and the medieval Undercroft, areas not normally open to the public. 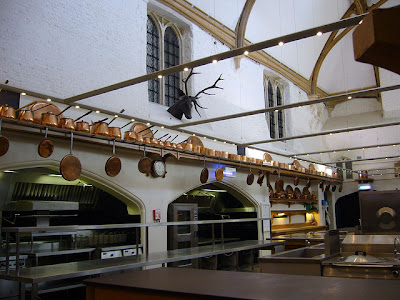 The copper cookware you see in the photo above all bear the cypher of King George IV and the cast iron stoves installed by Prince Albert are still in place, though now rarely used. The kitchens were deserted when we tour them, the photo below being one I swiped off the internet, as photography was not allowed. 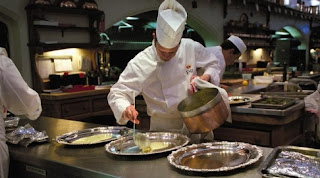 As stated above, the tour also included halls and passages that are rarely on show, so that we found ourselves walking through stone corridors that appeared untouched since at least the Georgian era. It was a rare insight into this magnificent building. 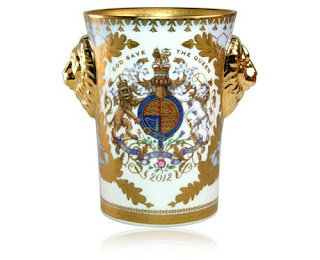 After the tour, we returned to the gift shop, where I finally made up my mind and purchased the Jubilee beaker above. It now holds pride of place on my living room mantle.

The Final Installment In This Series Coming Soon!